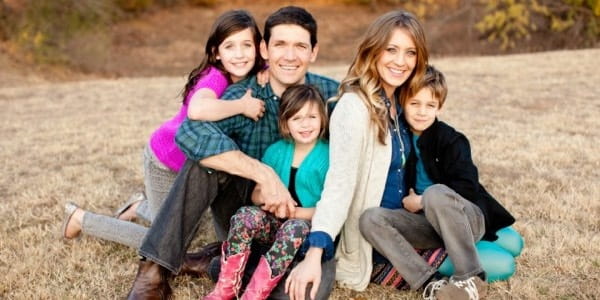 If there’s one thing you can say about Pastor Matt Chandler, it’s this: the guy isn’t afraid to deal with the difficult issues. He also does so with a bluntness and honesty that cause people to squirm. (And sometimes we need to squirm under the power of God’s Word.) Recently, he turned his Bible-saturated preaching to address the hottest of hot topics: abortion—and specifically those who support the practice.

Sadly, many American Christians claim there is no contradiction between abortion and God’s Word. But Chandler has some strong words we all need to hear:

“By eight weeks... That's not even the first trimester. Your wife is probably still throwing up. At eight weeks, babies will suck their thumbs. We see they respond to sound. There is evidence building that they're dreaming. Here's a crazy one. Are you ready for this one? They recoil from pain. What really the ability to do sonograms has shown us is when doctors need to draw blood or take a sample and they stick a needle up there to do that, the baby at eight weeks will pull its heel up, will pull back in away from the needle.”

In other words, the issue here is not that Psalm 139 is wrong (we ARE fearfully and wonderfully made and known by God before we’re born); it’s really about who has power over life and death. For many pro-choice advocates, the power should be in the hands of the mother. Chandler urges us to rethink that:

Here’s Chandler’s full discussion—it’s powerful and well worth the 7 minutes:

You might think that abortion is a “modern issue.” But according to Professor Jon Alosi at BibleStudyTools.com, the early church dealt with (and condemned) abortion in its own time:

“… the Didache and the Epistle of Barnabas also provide evidence of a very early Christian conviction that abortion is morally wrong and is comparable to infanticide. Such documents demonstrate that Christians strongly opposed the practice of abortion many centuries before the development of modern political parties. A biblical understanding of abortion certainly has implications for how one exercises his or her right to vote in twenty-first century America, but biblical and historical evidence also indicate that abortion is first and foremost a moral issue—and one about which the Scriptures and the writings of early Christians are quite clear.”

It’s your turn. Please share your thoughts on Matt Chandler’s sermon or what the Bible teaches us about this difficult topic.

John UpChurch is the senior editor of BibleStudyTools.com.