Were the Recent Attacks on Paris Actually Acts of War? 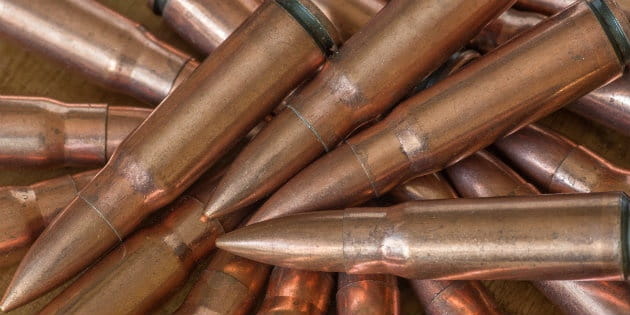 An act of terror, such as the recent attacks in France, is just that…an act of terror. As Tim Suttle writes, “This [the attack on France] was not an act of war. This was an act of murder, and great nations don’t go to war because of murder.” Calling it war gives credit to the terrorists where it is not due; it gives them the recognition they want.

Tim Suttle, a pastor author and musician, has written an article in light of the recent Paris attacks for the blog, Jesus Creed, titled Don’t Call it War. He states,

“When America adopted the language of war it initiated not one, but two wars at the cost of trillions of dollars and untold lives, not to mention a massive financial recession. The major result of those wars was the creation of ISIS, the organization now taking credit for planning and executing the violence in Paris. Our strategy of war has not been very effective in terms of quelling global terrorism, and it has eroded all of the goodwill we experienced after 9/11.”

Is war the direction we want to go in, and what will war accomplish? Terrorists do not follow the “rules” of war; they are terrorists, their main goal is to commit acts of terror, which usually involve acts of murder. They’re not fighting for their cause to be understood; killing is part of their cause. To understand how to react to terror, you have to understand the terrorists themselves… Who are they, what do they want, what is their goal, what drives them etc.

They are murderers, but let’s not be the same. If we seek revenge, will we not also look like terrorists to someone else? Can we guarantee that innocent people not die at our hands? Suttle suggests,

“Call it murder and you can still promise to hunt down the murderers and bring them to justice, but this time you can say: ‘we refuse to stoop to your level. We could bomb you into oblivion but we wont, because we’re better than that. We will not become murderers like you.’”

Suttle explains that going to war with radical Islam will not make us safer, even if it gives the illusion of safety in the beginning. However, we want to know that someone is doing something about these heinous acts, and if we’re at war we feel like we’re accomplishing something. But, war does not give us what we really want because what we truly “long for is peace, and the road to peace only comes through forgiveness,” says Suttle. His other point is that once you start a war with radical Islam you cannot control the outcome. It’s a race for who can have the most powerful military, the best strategies for the biggest impact etc. But, “Desperate poverty makes for a dangerous enemy,” as Suttle states.

This is why many radical Islamic terrorists are willing to blow themselves up; many are destitute and they are promised a better life after death, so why not die for a cause that claims to reward you as a hero. If you are a Christian, then you know that the reward these terrorists are promised is a lie. You know that the moment death claims them; they are awoken to true reality. They will never receive the reward they were so foolish to believe. Then there are those that are not destitute, they act out of hatred alone. They have no regard for human life, including their own, and they are empty inside. They too will know truth when they pass through death.

This next statement from Suttle, will be controversial. He urges,

“The only way to vanquish this enemy is to make them a friend. If France will have the imagination and discipline to pursue peace with as much creativity and vigor as the U.S. pursued war, they may well lead the way to a better future.”

Can we do that…can we really love our enemies? It is what Jesus called us to do, but it is something fairly hard to practice. Suttle quotes Martin Luther King, Jr. to explain his point further:

This quote reminds me to stop and think…who is the true enemy? Did Paul not say in Ephesians 6:12, “For we do not wrestle against flesh and blood, but against the rulers, against the authorities, against the cosmic powers over this present darkness, against the spiritual forces of evil in the heavenly places.”

Jesus also revealed this to us about the enemy in John 8:44,

“You are of your father the devil, and your will is to do your father's desires. He was a murderer from the beginning, and has nothing to do with the truth, because there is no truth in him. When he lies, he speaks out of his own character, for he is a liar and the father of lies.”

It seems an almost impossible task, for we are rightfully angry at the murders that took place in France. But what would God have us do in response? He has told us that he alone avenges evil, he has reminded us who the real enemy is, and he has explained in his Word the only thing that sets apart a believer from a non-believer—and that is the grace of Jesus Christ as a substitute for our sins. He has asked us to forgive as he forgave us. God has also called us to defend the defenseless. Can we find the balance to do both? Can we forgive our enemies while defending the defenseless and carrying out justice?

“As Christians, we ought to be, above all people, concerned with such justice. We not only have the common grace standing of caring about stopping murder and injustice, rooted in the image of God and the law written on the heart. We also have the personal implication here. It’s our household being wiped out in the Middle East, the very place where our church started. For us, this isn’t a matter of “they;” it’s a matter of “us.”

At the same time, praying for the salvation of our enemies, even those committing the most horrific of crimes, is not a call to stop praying for justice against them. The cross, after all, is not forgiveness in a contemporary therapeutic sense—in which one is merely absolved of wrongdoing as though it were all a misunderstanding. No, that’s precisely the Apostle Paul’s point in the Book of Romans.

The gospel does not say, “Don’t’ worry about it; it’s okay.” The gospel points us to the cross where sin is absorbed in a substitute. God’s righteous condemnation of sin is there. He does not, and cannot, enable wickedness. And God’s mercy is there in that he is the One who sends his Son as the propitiation for sin. He is both “just and the justifier of the One who has faith in Jesus” (Rom. 3:26). The gospel doesn’t leave sin unpunished. Every sin is punished, either at the Place of the Skull, in Christ, or in the judgment of hell, on one’s own.”

Should We Pray for ISIS to be Defeated or Converted