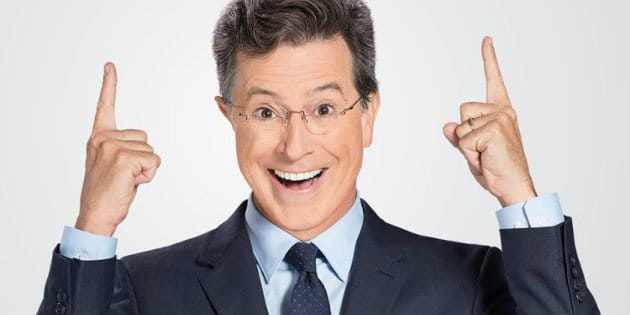 Comedy can be the most biting form of criticism, and no one knows that better than Stephen Colbert. The former host of the Colbert Report has tackled a number of combustive issues over the years, ranging topics both political and spiritual in nature. It was no surprise then, to hear the late-night comedian weigh in on the Syrian Refugee crisis. Ever since the Paris attacks, Americans have be debating whether the U.S. should continue to extend welcome to the fleeing refugees. Though Colbert is hardly the first public figure to offer his opinion on the matter, what will interest Christians is he used scripture to respond.

According to Relevant Magazine, Colbert had some firm words for believers who used terrorism as a defense against aiding refugees.

“Late Show host Stephen Colbert is the latest TV personality to sound off on the controversy over whether or not America should allow in refugees fleeing violence in Syria, and in typical Colbert fashion, he used the Bible to underscore his point. Even if you don’t agree with his position on the issue, the take is worth listening to…”

During his monologue, Colbert admitted that concerns about terrorists infiltrating the refugees were certainly valid. However, as a Christian himself, he did not believe this justified turning away widows and orphans. Colbert even took conservative leaders like Ted Cruz to task for saying only Syrian Christians should be given asylum in the United States.

“Colbert pointed to the problematic suggestion that only Syrian Christians should be allowed into America, quoting the New Testament, while joking, ‘If you want to know if somebody’s a Christian just ask them to complete this sentence: ‘Jesus said I was hungry and you gave me something to eat. I was thirsty and you gave me something to drink. I was a stranger and you….’ And if they don’t say ‘welcomed me in’ then they are either a terrorist or they’re running for president.’”

Already there are many Christians who disagree with Colbert’s view. Several commenters have quoted Matthew 10, insisting that now is a time to be, “Shrewd as serpents.” However, I can’t help but wonder if this is the moment  when the true character of the Church will be revealed. Did we honestly think loving our enemies wouldn’t be dangerous? Did we really believe helping our neighbor wouldn’t require sacrifice on our part?

“If you’re struggling with fear after all of the horror of the past week, know that God hears and understands your fears. But as His followers, he bids us to lay down those fears and follow his call to love in a way that defies common sense and defies our instinct to lock our doors, hide away and do nothing. Christ bids us to have eyes that see the hurting and the desperately needy, and to bravely go and help.”

God is calling us to step out from the safety of the boat, and walk with Him on these treacherous waters. How will we respond?

What about You? You can watch Stephen Colbert’s response by clicking here. Do you agree with his statements?