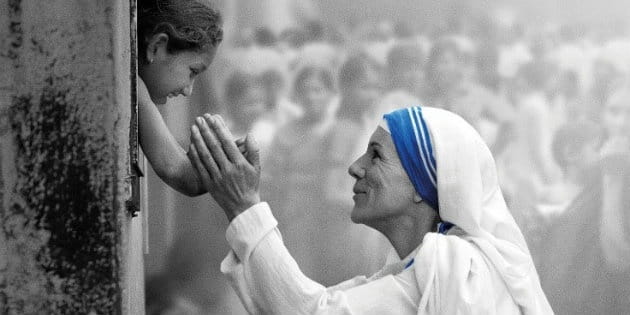 While this December is noticeably thin on movies, one film is quietly making its presence known throughout the Christian community. The Letters, which premiers in theaters December 4th, reenacts the amazing life and ministry of Mother Teresa. Though she was known throughout the world for her mercy and compassion, the humble nun became a center of controversy after personal letters were unearthed which detailed her ongoing battle with doubt, fear, and loneliness. Some felt these papers revealed Teresa to be faithless, while others believe they humanized her. The Letters hopes to strike a balance between the two, portraying Teresa as a woman of faith who endeavors to trust God in the midst of a troubled world.

The film begins in 1946, where the Albanian sister first received her call to ministry while on a journey away from her convent. Her work would eventually lead her to the slums of Calcutta, India, where the film depicts her struggles with poverty, hostile Hindus, and her own doubt. Jeannie Law, of The Christian Post, took a deeper view of the film writing,

“To many, Mother Teresa was an icon, but in her eyes she was just a servant of God. The film states that she wanted all of her letters to be destroyed but instead they were turned into a book and now a film. Her ministry, Missionaries of Charity, continues to grow until this day with thousands of nuns now carrying on the work.”

“Overall ‘The Letters’ was inspiring, convicting, and calls for self-examination. Mother Teresa helped the poor in humility unlike what is popularly seen in Western church culture. It did not highlight much of the Catholic rituals besides the chain of command and that gives the film a broader appeal to all denominations of Christianity.”

“It never once showed Mother Teresa proselytizing but instead showed her as a beacon of hope for this day and age. It could have been a bit more relatable had it explored her weaknesses but it is still a must-see.”

The Letters stars Juliet Stevenson (Bend it Like Beckham) in the role of Mother Teresa, while veteran actors Max von Sydow (Shutter Island) and Rutger Hauer (Batman Begins) play Teresa’s oldest friend, Celeste van Exem, and Vatican investigator Benjamin Praagh respectively. Though the film is already generating mixed feelings, none can deny the impact Mother Teresa had upon the world, and the Christian faith.

Click here to watch the trailer for The Letters