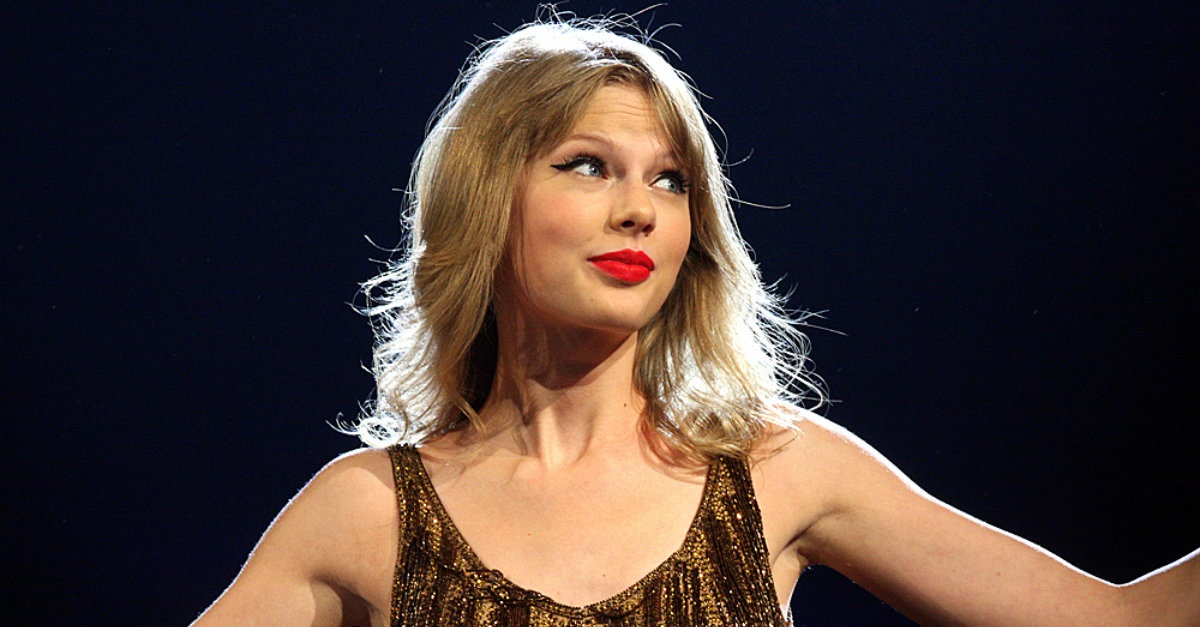 All songs have some sort of message behind them; glimpses of the songwriter’s worldview can be seen in what is being communicated.
Even just one song can reveal some foundational things about the songwriter’s beliefs. This is particularly the case with pop icon Taylor Swift’s new song “Out of the Woods,” according to Trevin Wax in his article “The Gospel According to Taylor Swift” for the Gospel Coalition.
The song, Wax explains, is about Swift’s difficult relationship with one of the members of One Direction. In the music video for the song, Taylor fights her way through forests, frozen tundras, mountains, and mud, while being pursued by wolves. At the video’s end, she finally emerges onto a beach where stands another version of herself, free from all the bruises, scratches, and dirt. She touches the new Taylor on the shoulder and that is the end of the video.
Except for the words that then come on the screen, which Wax believes are particularly revealing of Swift’s worldview:
She lost him.
But she found herself.
And somehow that was everything.
This is a common theme in our 21st century American culture: we are almost consumed at times with “finding ourselves.” The value of individualism is something that has been drilled into our heads for years. “You can be anything you want to be,” young children are told. “Pursue your dreams,” we tell each other. Even Socrates famously said to “Know thyself.”
While self-expression is not a completely bad thing, exalting individualism and self-discovery above humbling ourselves before the Lord so that He may shine through us runs contrary to the Gospel. In fact, it is, like Paul said, “another Gospel” (Galatians 1:6-8) which is not consistent with the Scriptures.
As Christians, we likely have discussed humbling ourselves before God (James 4:10), giving Him the glory he deserves (Psalm 96:8), and recognizing that we are only made whole when we find ourselves in Him (2 Corinthians 5:17), but we seem to also often affirm the worldview Taylor Swift expresses in “Out of the Woods”--that our goal in this life, through the trials and the challenges, is one of self-discovery.
This is a struggle, even for Christians. Writing for Crosswalk.com, Kelly Balarie says in her article “Dying to My Selfie and Coming Alive to Christ,” “Somehow everything centers around - me, myself and I. And even when I say it doesn't, I lie. I don't want to do this, but it is almost like I can't help myself. We live in a ‘selfie’ world.”
So, what’s the solution?
Wax states that “deep down, all human beings want to be totally known and totally loved.” However, he continues, to have as a goal to “know yourself” and “love yourself” is only a “shortcut to being totally known and totally loved.” It’s the world’s cheapened version of what we long for, what we were created for.
These two worldviews--the gospel of knowing yourself and the Gospel of knowing Christ, are, to state it bluntly, very antitheses of each other. After all, Jesus said, “Whoever finds his life will lose it, and whoever loses his life for my sake will find it” (Matthew 10:39).
Balarie continues, “It is solely by the power of Christ that we do anything. When we work through his power, his power at work within us makes us selfless, humble and full of grace.”
Wax says that hopefully Swift will learn to look up instead of looking in. This is a lesson that we, as Christians, need to continue to remind ourselves of as well.
“The gospel that calls us out of the woods of sin and brokenness rewrites those final lines from Taylor Swift’s music video,” states Wax. "She lost herself. But she found Him. And somehow that was everything."
Photo courtesy: Wikimedia Commons
Publication date: January 6, 2016
Veronica Neffinger is the editor of ChristianHeadlines.com