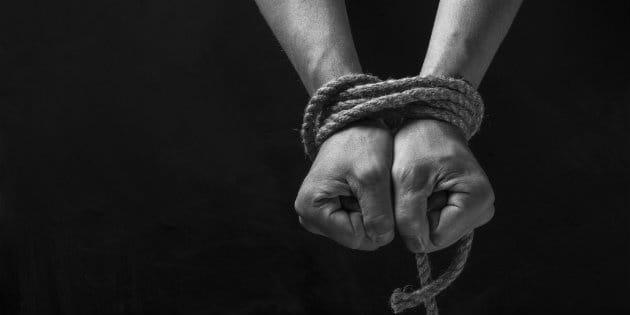 Slavery. There is perhaps no subject on earth with more emotional strife, or historic turmoil, attached to its name. The very word conjures some of humanity’s worst aspects, and for Christians, this can be particularly troubling. It seems that whenever someone wants to discredit the Bible they simply toss out a few verses regarding slavery to demonstrate how scripture is neither loving nor trustworthy. Denny Burk, of the Southern Baptist Theological Seminary, has responded to these criticisms with a list of reasons why the Bible does not endorse slavery, five of which can be viewed below,

Telling someone to submit to an authority does not imply that the authority is morally approved.

“God told the Israelites to seek the good of the city while they lived under the authority of Babylon, all the while God planned to destroy Babylon for its wickedness. Peter tells wives to submit to a husband’s authority, even those who are ‘disobedient to the word’ (1 Pet. 3:1-2). Peter tells Christians to submit to governing authorities, even though those authorities were persecuting them (1 Pet. 2). No, God condemns any exercise of authority that is contrary to His holy will.”

The New Testament forbids Christians from coercive violence against slaves.

The New Testament commands Christians to treat slaves like brothers.

“When Paul wrote to the slave-owner Philemon about his run-away slave Onesimus, Paul told Philemon to receive Onesimus ‘no longer as a slave, but more than a slave, a beloved brother… If then you regard me a partner, accept him as you would me (Phlm 16-17).’”

The Bible encourages slaves to get out of slavery if they can.

1 Corinthians 7:21 “Were you called while a slave? Do not worry about it; but if you are able also to become free, rather do that.”

“If the Bible were endorsing slavery, then it wouldn’t be telling slaves to take opportunities to become free. And yet that is exactly what Paul does.”

“The Bible forbids treating someone else as less than human because of their race. God created man in his own image—all men—not just white ones or black ones or red ones or yellow ones. Because of that, every person—not just some people—every person has inherent dignity and worth as image-bearers of almighty God.”

Crosswalk has written before how racism is very real, and that Christians need to respond. Part of this means understanding slavery, its place in Biblical text, and how the scars of the past still affect our world today. As Crosswalk editor Kelly Givens eloquently says, “We are far too easily incited by small matters and far too quickly ignore the issues about which God calls us to actually care.” We can start by speaking out against injustice, stepping forward to help our persecuted brothers and sisters, and most of all, looking inward to find out our prejudices and judgmental tendencies. So let us sit down together at the table of God and talk together. Who knows, you may be surprised by what you learn?

What about you? What are your thoughts about slavery and the Bible? Be sure to leave your comments in the section below.