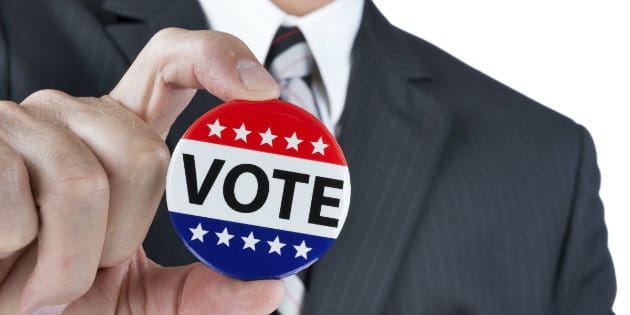 Even though the next presidential election is still many months away, discussions and debates over the candidates and their stances have been in the spotlight for quite a while. Every day seems to bring new headlines about who is in the running, what they’ve said, how popular they are, what their plans are, or how they clash with somebody else.

For as much as we are hearing about these upcoming elections, though, millions of Christian Americans still won’t vote.

“A Barna Group analysis of the 2012 presidential election found that of the 89 million “born-again Christian” adults in America—those who claim a personal active relationship with Christ—38 million did not vote for president, and 12 million of those were not even registered to vote.”

Many seem to be skeptical of today’s American government as well as distrusting and critical of its members. Many feel that their one vote won’t make a difference, or that there isn’t anybody running that they feel is worth voting for.

38 million Christian Americans not voting is significant, no matter how you feel about our government. Each individual vote might be small, but the masses that are staying home instead of heading to the polls have now reached a significant total. Numbers like that could turn the tides of all levels of elections if those people registered and voted.

What can be done? Do churches or religious organizations have a role to play in encouraging Christians to vote? Should they stay out of it?

Should it be the role of organizations to equip pastors, or the role of pastors to equip their people, or each person to decide totally on their own to vote or not?

Crossland mentions people like Rick Scarborough, formerly pastor of First Baptist Church in Pearland, Texas. He now leads a national organization called Vision America, working to encourage pastors with ways they can rally their congregations to engage. He calls it a “preacher problem” because pastors are afraid of political engagement, and he wants to help change that.

Some pastors do engage in politics in their churches already, but it isn’t always well-received. At RockPoint Church in Flower Mound, Texas, lists are available at the welcome desk of local, state, and national officeholders. “Ron Holton, the Southern Baptist pastor who founded the church, urges his congregants and staff to study candidates and find out what they stand for,” Crossland says. “He tells them to write their representatives and make their voices heard.”

He often is told by young people to stay out of politics at church.

“He asks them if Dietrich Bonhoeffer was out of line in fighting Hitler,” says Crossland. “Others say “the system” is messy and broken: Holton replies, ‘We live in a fallen, sinful world, and because of that, we sin and others sin. It’s not easy and clean and neat and pretty, but look at Jesus. He kept going toward things that were messy.’”

Other pastors ban political talk entirely, taking the opposite stance as Holton.

“Ristuccia says it’s important to inculcate a strong civic duty in the church and to train members how to think biblically, but says the church speaking on candidates or parties is going too far.”

It’s understandable why some pastors would prefer to stay silent about the topic altogether, as there are potential legal implications. Legislation from 1954 prohibited nonprofit organizations from participating in elections, so many churches fear losing 501(c)(3) status (tax deductibility) if they engage in politics. Crossland says it has never happened because of a sermon preached at a pulpit, though.

While you might not think your vote matters, when you and millions of others all stay home from the polls, our nation is missing out on hearing the voice of evangelicals represented in politics.

Sarah Martin wrote this after voting in the 2012 presidential election: “Many Christians don’t want to step in the middle of politics and get themselves dirty with the mud slinging and endless stump speeches, and I perfectly understand that.  But, how can we be a light to the dark world around us if we ignore one of the most important aspects of our culture – that of politics? {See Matthew 5:14-16}”

What do you think? Do you wish your church talked about politics and equipped members to engage well as believers and Americans? Or would you prefer to keep your church and your politics separate? Share your thoughts in the comments!