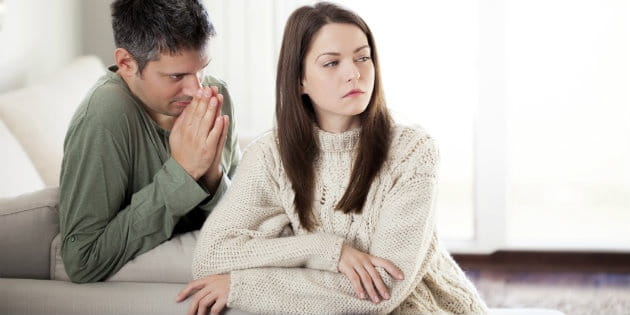 Speaking as a Christian, I’m not very good at showing forgiveness. I know that scripture is filled with verses commanding me to love my enemy (Matthew 5:44) and keep bitterness from my heart (Ephesians 4:31-32), but these things are easier said than done. I suspect I’m not the only one either, as many Christians seem to prefer the simplicity of rules over the messiness of grace. Rules provide structure, they clearly separate the right from the wrong, and most importantly, they promise retribution for the injured party. True forgiveness dismantles these expectations, and makes us vulnerable.

This vulnerability was what R.C. Sproul chose to focus on in his latest series, The Parables of Jesus. Revisiting the story of Peter in Matthew 18, Sproul explained how true forgiveness keeps no record of wrongs,

“Jesus said to him, ‘I do not say to you seven, but up to seventy times seven.’ As many as it takes! In other words, when I forgive somebody who has sinned against me, what does it mean to forgive them? If I say ‘I forgive you,’ that’s a very weighty pronouncement. When God forgives you, He holds that sin against you no more. And if you sin again against Him and He forgives you again, He doesn’t say, ‘That’s two…’ because the first one has already been wiped away.”

I know from experience how tempting it is to store up your past grievances like ammo for some future conflict. It’s a poisonous urge that gives you security, maybe even satisfaction, but Jesus warns these actions will inevitably destroy us (Matthew 6:14-15). Much like holding a grudge, forgiveness is not a feeling, but a choice. It is the decision to follow God despite what our emotions tell us. Author and speaker Laura Petherbridge even highlighted this point in her article, What Forgiveness is NOT,

Forgiveness is not a feeling.

“If you are waiting until the feeling to forgive comes upon you, it’s unlikely to occur. Forgiveness should be an act of obedience to God because we trust him and believe he has our best interest at heart. God knows that hanging on to revenge, anger, and rage can destroy us spiritually, emotionally and physically. Christ paid too much for his Beloved ones to have them a slave to anything, much less hatred. He wants his children free. And a person is never free when weighed down with the ball and chain of bitterness. When the cold shackles of revenge are tightly clasped around our wrists, it’s impossible to lift our hands in praise to Him.”

Grace is an amazing gift. It frees one person from condemnation and another from hate. It empowers justice to become a tool for restoration instead of destruction. It is this forgiveness which God has shown all mankind, and which He now commands us to show one another. It can be difficult, sometimes even painful, but in the end, forgiveness is the mortar God uses to build His kingdom.

What about you? What are your thoughts about grace and forgiveness? Leave your comments in the section below?

*Ryan Duncan is the Entertainment Director for Crosswalk.com