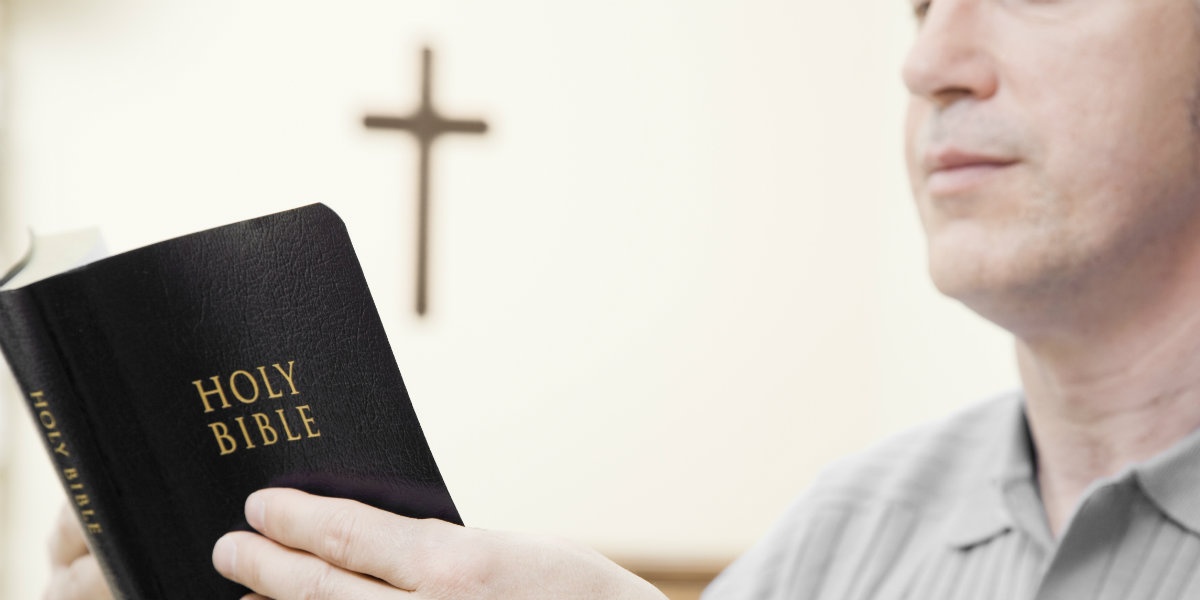 Al Maury pulled the old beat-up Volkswagen bus into the bank parking lot on Decatur Street and killed the engine.  As the six seminary students bailed out, he opened the rear door and took out a microphone-on-a-stand and flipped a switch, turning on the transmitter.  “McKeever, you’re preaching tonight!”

Oh my.  A baptism by fire. Thrown into the deep water without a life preserver.

We were preaching on the streets of New Orleans’ fabled French Quarter.

The very thought struck terror into my heart. And yet, I had volunteered for it.

The year was 1964 and I was a new student at New Orleans Baptist Theological Seminary.  All first-year students were required to participate in one “field mission” ministry.  Each Tuesday, the student body gathered in Frost Chapel for a report and testimony time.  Choices for these ministries included helping start-up churches, hospital and nursing home ministry, the New Orleans Seamen’s Service, neighborhood mission centers, after-school tutoring, and such. Determined to rise above my fears of cold-turkey witnessing, I had chosen the scariest thing on the list.

As the other seminarians took a handful of religious tracts and spread out to talk with people on the streets–a prospect fraught with its own brand of stage fright–Al Maury took me aside.

“Joe, listen to me closely.”

“You do not need a sermon when you preach on the street.  Just tell people about Jesus.  Tell them that God loves them and Jesus died for them.  Invite them to come over and let us pray with them.  And one more thing….”

I was all ears. Anything he could say to stop my knees from knocking, I wanted to hear.

“Repeat yourself every five minutes.”

“Your audience is the people on the streets and sidewalks.  From the time they walk into the sound of your voice until they leave it is about five minutes.  So, every five minutes repeat yourself.”

That was great counsel.

It occurs to me that pastors of churches need a similar reminder.  Your congregation is always changing.  So, keep repeating yourself.

My guess is the typical congregation changes every five years.

I have no studies to back that up.  With some, it should be every decade.  Other churches, located in transient areas, will rotate more rapidly.

A pastor of a church near a U.S. military base in Europe told me that six months after he arrived, the membership had done a 100 percent flip.  Not a single member who welcomed him was on hand to celebrate his first anniversary, due to Uncle Sam’s reassignments.

The typical church, however, changes membership every five years (I’m going to say) for the following reasons:

Some move away and some drop out, and others join other churches.

3. Those who remained have changed too.

They have been educated or promoted or widowed or married. They have moved to other neighborhoods, made new friends and/or lost old ones.  They have lost jobs and found new ones, divorced spouses and remarried, or gone through bankruptcies and rose above it.  No one is the same.

4. And just as importantly, you the pastor have changed.

In a five year period, the typical pastor will have preached several hundred sermons, read a hundred or more books, and attended ten or fifteen conferences where he heard outstanding speakers and authors.  His family will have grown, his wife will have undergone changes of her own, and the nature of his home life is different from half-a-decade ago.

No pastor is the same person he was five years ago.

For these and other reasons, pastor, you will want to repeat yourself.

Go ahead and preach the same sermons.  Except, they won’t be the same. You are at a different place than when you preached that scripture and used that outline last time.  And, if you’re like me, you have moved beyond that outline. You see that sermon and that message differently now.

Even for those who remember you preached that text and used that title, the repetition is good. “Spaced repetition” is one of the best attested techniques of learning. (Although I expect the space should be closer than every five years!)

In my 30’s, I brought a lengthy series of messages on “The Names of God” from Scripture.  For the next three decades, members of that church remembered and would tell me it was the best thing I ever did.  And yet, I never repeated it, not in either of the churches I served following that one.

Why not? I could have done so without anyone in the succeeding churches knowing I was using old material.  The only answer I can come up with is that doing so the first time was so all-consuming, so draining, that I grew fatigued at the thought of repeating it.

And yet–and this is what I wish I’d thought of–it would not have been necessary to “repeat” those messages.  I could have done them differently, and should have.

The preaching I was doing in my 30s is not where I was a decade later.  And yet, the Word of God holds true and its verities are eternal. Therefore, I could have preached that series and done two wonderful things:  a) Saved myself a lot of study time and b) Blessed a new generation with the assurances we receive from learning of the names of God.

Consider this a reminder, pastor, that even if you have remained in the same church for a number of years, your flock keeps changing.  And those wonderful life-changing sermons you preached years ago can be given new life as they minister to another flock.

My wife used to say to me after a particularly effective message, “Now, you need to keep that and use it again.”

I kept it, but for the most part never used it again. I didn’t know how.

But you do, I trust, pastor.  What you do is take out the old notes, study them, and then prayerfully rework them altogether.  You will be the only one in the place who knows that this message has been recycled using old parts and new insights.

Give it a new title and I guarantee you some long-time member will approach you and say, “That’s the best sermon you’ve preached since you’ve been here.”  They will have no clue this is the second time they’ve heard it.

After all, you’re all at different places now.