Why Risen Rocked the Box Office 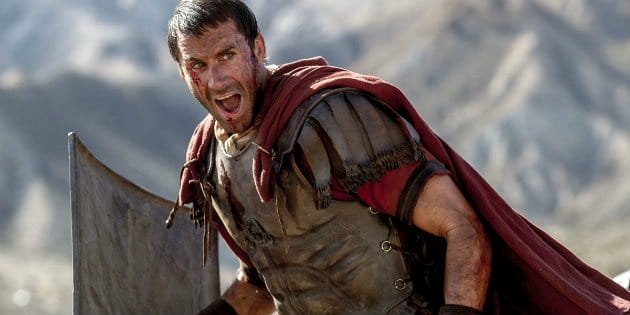 This weekend I saw the movie Risen, starring Joseph Fiennes as a skeptical Roman tribune—set during the time of Jesus’ death and resurrection. While some people may complain that this film isn't identical to the biblical gospel account, I would counter them by saying it's not trying to be… What makes this movie work is its balance between a relatable story for cinema and a truthful representation of the scriptural elements that are brought in.

Risen follows the story of a fictional Roman tribute, Clavius, as he faces hard questions about a Messiah who has vanished from His tomb. There are rumors that He has risen, but the doubtful tribune sets out to find the truth. This movie is a clever take on the resurrection and how we respond to it.

Christianity Today's Alissa Wilkinson interviewed Joseph Fiennes about his role in the film, and he responded to a question about his interest in the project:

“He [director Kevin Reynolds] had established a pretty brilliant pitch, which was really getting into the story of Christ through the eyes of an agnostic. I thought that was a brilliant, original approach. It also appealed to me that it was like a detective story as well. There's this ticking clock to prove that the resurrection is a hoax and designed to bring about the uprising. Clavius is against it, and I love that sense of pressure.”

When asked about this film and its relation to Christian audiences, Fiennes replied:

“I think the producers have gone a long way in getting it right for a faith-based audience, in a very respectful way. At the same time, they're delivering what is a really great piece of film and entertainment. It's a difficult balance to get: if you go revisionist, it's not going to appeal, but if it's very dry and conservative, that too will not appeal to another audience. We’re hoping this really gets the attention of a faith-based audience because it treats the story with great respect and great production value. So we hope that it strikes a chord with cinephiles and faith-based audiences alike.”

"It's a movie that sees the resurrection through the eyes of a nonbeliever," Fiennes told me. "It's a wonderful, fresh way in seeing the story of Christ unfold through the eyes of a skeptic. We strived very hard in getting the balance between cinema and Scripture," Fiennes said. "Working with the church communities in the process of making the film has allowed us to stay as true as possible to Scripture."

To read the full interviews please visit ChristianityToday.com and CharismaNews.com.

Even though this story isn’t an exact biblical account, it presents the truth of Jesus. New elements were added in to create a cinematic story, but the truth of Jesus was not changed. BreakPoint’s Eric Metaxas writes,

“In anticipation of Easter, I cannot think of a better reminder of how Christianity, as Tim Keller puts it, forces us to ‘doubt our doubts.’ The empty tomb is the most startling fact of history—something two millennia of skeptics have tried to explain away. But the evidence is just too strong. And ‘Risen,’ like a good detective novel, follows that evidence where it leads.

I think ‘Risen’ has the potential to spark a renaissance of solidly biblical movies. But more importantly, I think it will challenge audiences to confront, with Clavius, the question that defies doubters to this day: If Jesus is dead, then where is the body?”

This movie makes you think about your beliefs. As a believer you will see yourself in the questioning Clavius before you were adopted and transformed, and non-believers and those searching will find themselves faced with an undeniable question. Do you believe He is risen? When you discuss this film with your non-believing friends, you can assure them He is risen indeed!

“The angel said to the women, “Do not be afraid, for I know that you are looking for Jesus, who was crucified. He is not here; he has risen, just as he said.” Matthew 28:5-6

“This tale of faith and redemption marks a new chapter for biblical epics. While not perfect, Risen still delivers one of the best portrayals of Christ's death and resurrection to date, as we witness the events from the eyes of a pagan outsider.”

Is Risen biblically accurate despite being put out by a secular studio and marketed to mainstream audiences? Shawn McEvoy from CrosswalkMovies.com and ChristianMovieReviews.com breaks it down.

Have you seen the film? Let us know what you think!