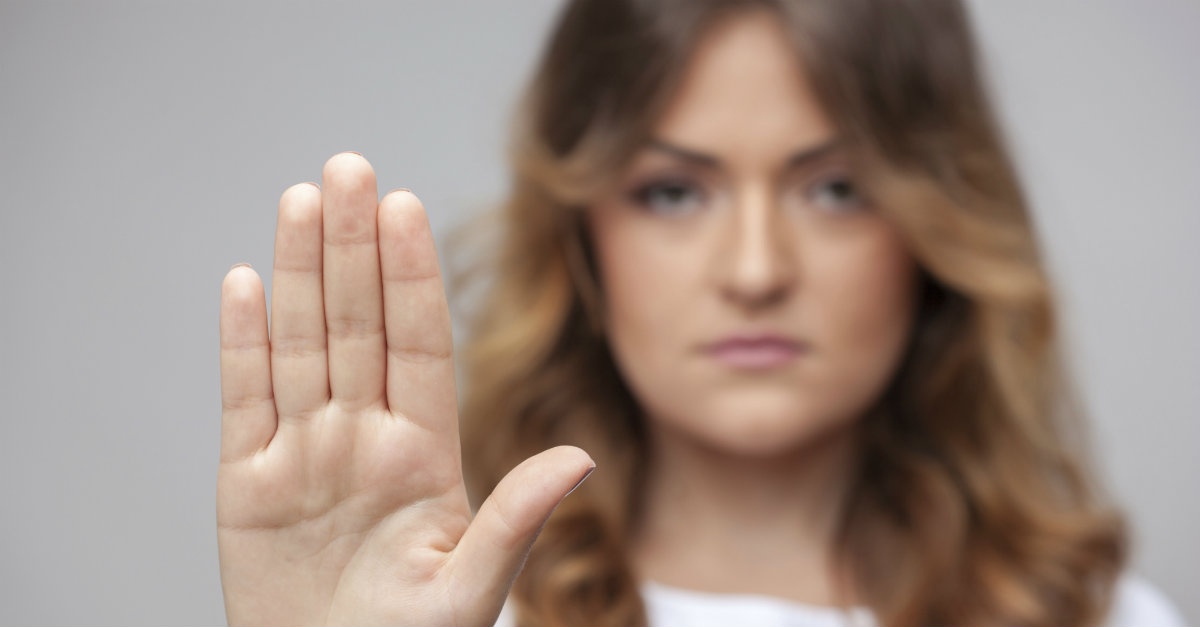 “Somebody ought to do something!”

I was second in line at the traffic light. My lane and the one to my right were all turning left onto Dauphin Street in Mobile. The third lane was turning right.

We sat through through three sequences of lights. Meanwhile, the line of cars behind us grew longer and longer.

Clearly, the light was malfunctioning, but only on our side. Traffic from the other directions was receiving the correct sequence of lights. Our light stayed red.

I was traveling home from a revival in Selma, Alabama, and had stopped for a late-morning breakfast at the Cracker Barrel.  After a fairly demanding week with 1500 miles of driving, I was relaxed now and willing to sit there in the traffic without getting impatient.

But not all day.

Finally, I had had enough. The light was not working and the cars in front of me were showing no inclination to move.

I stepped over to the car to my right and said to the driver, “We need to turn right onto Dauphin and go down there and make a U-turn.” He nodded and motioned that the problem was the car in front of him.

I was already to that car. As I approached the Camry, I tapped lightly on the rear fender so as not to startle the driver.

The middle-aged lady was clearly perplexed and without a clue what to do.

I said, “Ma’am, let’s all turn right here and go down there and make a U-turn.”

She said, “I was waiting for the light.”

Lastly, I repeated all this to the car in front of me.

We did that, and gradually the long string of cars behind us got the message. As I drove back up Dauphin toward the interstate, I could see the cars moving out of the stalled lanes and clearing out the line.

Otherwise, we would probably have sat there for hours waiting on someone from the city to show up and repair the light.

Someone ought to do something.

Have you heard that before?  You have, I know.

It’s perfectly fine to sit there for a bit and wait to see if someone else is going to take the lead.  In fact, being the first one to jump up and take charge may not be a good trait.  The words “presumptuous,” “impatient,” and “impulsive” come to mind.

Impatient people lay on their horns when the driver in front shows the  slightest hesitation about moving when the light turns green.  I’ve done that, in my younger and more impetuous years.

Impulsive people spring away from the intersection as soon as the red light turns green. I’ve done that also and paid dearly for it.  (I was in the far right lane of a one-way boulevard. When the light changed, I was first through the intersection, just in time to be broadsided by a car running the light.  Totaled.)

Presumptuous people take over when they should not. They assume authority they do not have.  (Some will remember General Alexander Haig informing the nation that “I am in control here.” In March 1981, President Reagan had been shot and was rushed to the hospital. The nation was panicking, no one was sure of anything, and White House Chief of Staff Haig spoke to the press corp.  He simply meant he was running things at the White House–as he generally did–but his words were interpreted by some to indicate he was taking over for the Boss.  That would be presumption of the highest sort.)

When people are hurting the church, someone must do something…

A pastor friend said, “My mama’s church has run off yet another preacher. A little group in the church calls the shots and makes life miserable for the pastors.  This is the sixth preacher in a row they have run off.”

“She said, ‘Well, honey, someone has to act like a Christian.'”

The issue then becomes “What does a Christian do when a few people assume control of the Lord’s church and are destroying it?”

Answer: You reluctantly speak up.  By “reluctantly,” we mean humbly and sweetly, but also forcibly and determinedly.

The reluctant leader of a church might do nothing more than ask questions in a public forum, such as:

“How was the decision made to do (whatever)?”

“The church bylaws say we are to do such-and-such. So, why did the church do the other thing?”

“Who decided this would happen?”

You ask the question and–this is critical–you remain standing.  You are not just expressing a point of view, you are asking for answers.  And you are doing so in such a sweet manner, no one can accuse you of trying to stir up anything.

You remain standing, and if necessary repeat the question.  And one more thing…

Do not sit down. Stay there.  Sweetly.

“Lord, bless your troubled church. Send us healthy leaders for Thy flock. And when leaders are diseased and wrong-headed, please raise up voices who will, although reluctant, demand answers and hold people accountable. For Jesus’ sake.”