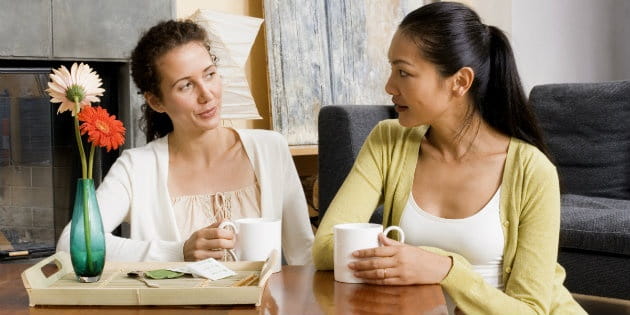 In American culture today, it seems as though disagreement is a lost art. Sadly disagreement on certain issues is considered intolerant, preventing open discussion among those who differ in opinion. Samuel D. James, blogger for samueldjames.net, has written a post titled “The Lost Art of Disagreement.” He starts off by describing the estrangement of John Adam and Thomas Jefferson and their subsequent letter writing, which began at Adam’s doctor, Benjamin Rush’s, encouragement. James writes,

“The Adams-Jefferson letters are remarkable, but not because of their powerful rhetoric or political genius. Rather, the private conversation of the second and third presidents’ reveals a profound respect and affection for one another, even as the two patriots were decidedly in opposition on many issues. These letters did not settle such disputes; they were never intended to. To their dying day (both Adams and Jefferson passed away on July 4, 1826) the men argued and debated everything from religion to revolution. But their respect and good faith in each other was rekindled, never to wane again.”

Adams and Jefferson set an example for the art of disagreement, one that we do well to follow today. There are many issues today where this lost art would come in to play. For example, James discusses the recent “non-essential travel bans” implemented by American governors against the state of North Carolina because of their attempt to prevent mixed-sex restrooms. James states,

“Our sexual politics have become so intensely value-laden that every movement away from legal and cultural orthodoxy triggers ostracism and shaming.

… Our public square is shrinking to exclude all who question majority thought.”

James says that this “loss of good faith in public dialogue” isn’t just on one side of the aisle, politically speaking. This loss affects both sides; both sides can be seen as bitter, passive aggressive, and condescending.  However, it is not just politicians who are affected by this lost art … ordinary Americans are as well. James is referring to the abuse among ordinary Americans in the online community. He relays, “Abusive online behavior is epidemic, as is the “shame culture” of social media.” The inability to disagree openly is also seen at the university level. James goes on to explain,

“Whereas the university has traditionally been considered a place where learners are confronted with realities and then expected to make sense of them, contemporaries insist that schools accommodate the expectations and worldview of the students—provided, of course, that the students’ belief systems are congruent with secular forms of progressivism.”

The art of disagreement does not necessarily lead to agreement on both sides. As James said earlier, Adams and Jefferson never reconciled many of their political opinions, “but they were able to throw aside the cynicism and suspicions of evil intent that had crept into their friendship.” A willingness to accept disagreement means more conversations can be had openly and honestly. James admits,

“Honest, empathetic disagreement may not make for exciting talk radio or high cable ratings, but it is essential both for civic liberty and Christian mission. Persuasion is, after all, harder and less titillating than bombast, but without it, our heralding of both spiritual and political truth is undermined.”

“For Christians, it can be difficult to know how to engage in an uncivil culture and in an uncivil season. On the one hand we want to stand boldly for truth, speaking prophetically to our culture and wisely steward our rare gift of shaping our government. On the other, we're commanded by Scripture to comport ourselves differently. So how do we do this? Here are five principles from the Scripture that helps us adopt grace-filled attitudes toward those with whom we vehemently disagree.”

Related article:
5 Attitudes Toward Someone with Whom We Disagree.

Crosswalk.com: Is there a healthy way for a Christian to practice tolerance? - David Capes from crosswalkquestions on GodTube.

Also check out 4 Ways to Become a Better Listener.