How the Gospel Frees Us to Risk 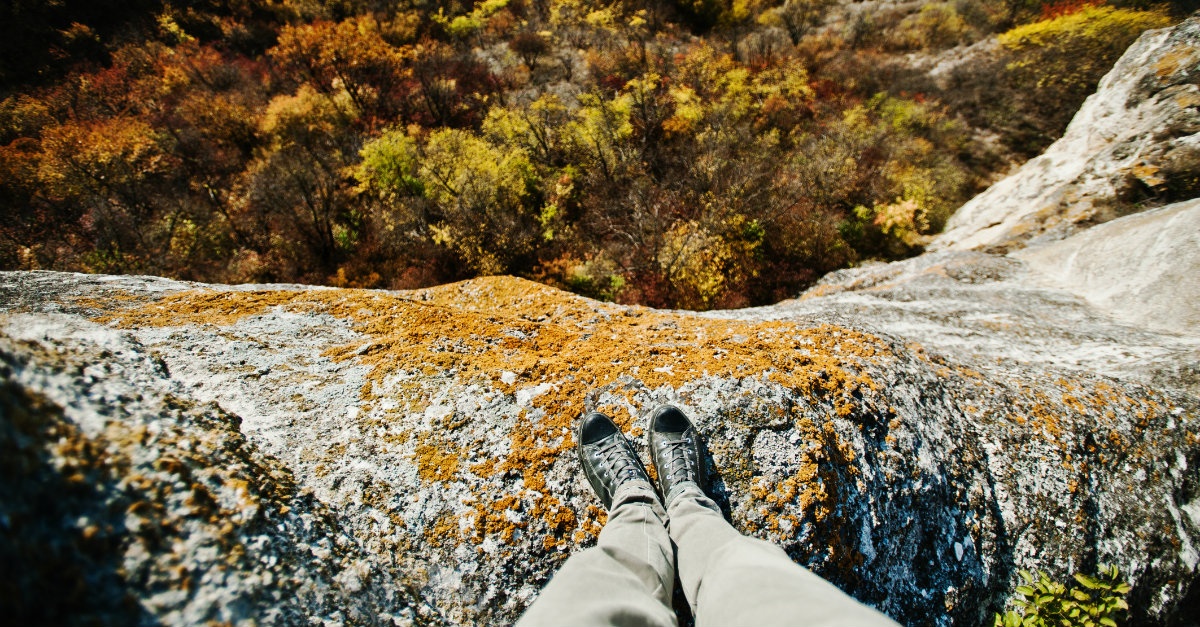 I heard not long ago from a man I haven’t seen since high school. When asked about his religious beliefs, he simply says he is “an atheist until proven otherwise.” I fear sometimes that, despite all my Sunday learning, I’m the same thing.

It’s not just that I want to be protected from whatever scares me; I want to be reassured now that this protection will always be there. I want Christ, but I too often want him as a kind of quantifiable spiritual asset, as something I can always check to be sure of just as I can check my bank account balance or my cholesterol level. I want what God has promised, but I want power of attorney to execute those promises when I’ve determined I need them. That’s not what the gospel of Jesus Christ is all about.

The second temptation that Satan presented to Jesus was one based on the human need to feel secure. “Throw yourself down,” Satan said, so that God would send his angels and prove how protective he was of his Son (Matt. 4:6). Jesus would hear this temptation again from his own follower and friend, Peter, who vowed to fight anyone who tried to take Jesus to crucifixion. Indeed, when the authorities came to arrest Jesus, Peter unsheathed his sword and lopped off the ear of one of the arresting guards. Jesus turned and rebuked his friend, pointing out exactly what he knew there on the pinnacle’s point: “Do you think that I cannot appeal to my Father, and he will at once send me more than twelve legions of angels?” (Matt. 26:54) With the question of protecting self over against the cross, Jesus identified the spirit behind Peter’s pugnacity: Satan himself (Matt. 16:23).

At first glance, the second temptation might seem to be a temptation to risky behavior. After all, what could be riskier than throwing yourself off a tower in hopes that some angels will catch you? But this action would have instead been an evasion of risk. Jesus could have cleared away all the ambiguity, and faced his enemies with the clear, proven truth that his Father was on his side. It was, then, Jesus’ refusal to jump that was courageous. As the Spirit of Christ forms the kingdom, and clears away the strongholds, in your life, you’ll find yourself drawn toward courage over against fearful self-protection as well.

What ultimately undoes the pull to self-protection is the cross. Jesus refused to seek the proof of his own protection because he was seeking more than his own protection. He was looking for you, and you weren’t on the pinnacle of the temple. You were outside the camp, cut off from the presence of God. Jesus didn’t throw himself from the high place for the same reason a faithful husband doesn’t run out of from a burning building to call a lawyer to sue the arsonist, if he knows his wife is trapped inside. Jesus didn’t come to protect himself. He came for the world. He came for the church. He came for you. He bore your reproach, strapped on your curse, carried your exile. This other-directedness freed Jesus to live out a very different life from the cringing, anxiety-filled lives so many of us carry on.

My friend Patrick Henry Reardon notes that “courage” is an elusive virtue in the contemporary context. Because we imagine ourselves to need “safety” and “security” in every aspect of life (even sex!), we’ve lost something of the feel of what it means to learn faith through valor. “Meanwhile, bravery has been replaced by sheer stupidity,” Reardon writes. “Examples of such replacement include things like sky-diving and bungee-jumping, which serve no purpose except the thrill of supposed danger. A largely illusory peril is cultivated for purely emotional purposes.”

Indeed when genuine bravery is sacrificed to an ethic of self-protection, the result is not avoidance of risk but, as in the devil’s suggestion to Jesus, an embrace of meaningless risk. If, for example, one of the critical responsibilities of fatherhood is protection, then what happens to a society when fathers are often absent or neglectful or abusive? The result is not always a kind of cringing passivity in the next generation (although that’s often part of it). The result is often too a kind of hyper-masculine predatory male. Unable to see the model of a self-sacrificial, self-risking kind of protective fatherhood, he replaces bravery with a kind of violent swagger. The Spirit of Christ, though, calls us to a different kind of security, and a different kind of risk.

Hannah can hardly stand to look at old family pictures, seeing her parents smiling, with their arms around each other. She had respected her dad for his Christian conviction, his spiritual leadership, and she always said she wanted to marry someone just like him when she grew up. When Hannah was seventeen, she found out her father had been carrying on an affair with a woman not all that much older than she. Her parents divorced soon after, and nothing much was the same after that. Hannah is a little older now and is herself married, a newlywed. She is tormented by the thought that her new husband might one day do to her what her father did to her mother.

She is constantly interrogating her husband, jealous of any woman who even speaks to him. Despite the fact that her husband seems to love her and to be a man of integrity, Hannah can’t help but think that her father seemed that way too. In some ways, what Hannah is going through is just normal adjustment for someone who has been hurt badly. But in order for her to open herself up to love, she’s going to have to accept that she will never be able to uproot any possibility of risk from their marriage. She’s going to have to love even without “proof” that she’ll never be hurt.

But risk is inherent in every kind of other-directed life. Marriage could result in infidelity. Having children means you may well experience the anguish of seeing one of those children killed in a car accident or shipped home in a casket from a foreign war or sentenced to life without parole in a federal penitentiary. Courage isn’t protecting yourself in a cocoon from these possibilities. Courage is walking forward, and embracing others in love, even though you may suffer greatly in ways you could never imagine now. Jesus walked that way before you, and walks that way now with you. That’s the way of the cross.

This article is adapted from my book Adopted For Life: The Priority of Adoption for Christian Families and Churches.