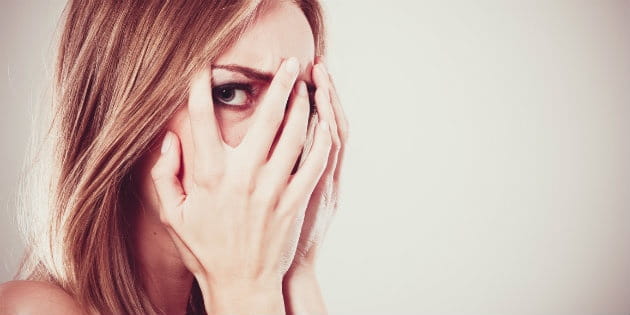 I’m a huge fan of the author and comedian Dave Barry, so much so that as a teenager, my family refused to let me read his books in our living room because I’d laugh too much. Barry has a gift for pointing out shared human experiences, and a talent for demonstrating just how funny they are. One of my favorite instances comes from a piece called, The Embarrassing Truth, where Barry observes how our brains always seem to remember the wrong things,

“If you’ve ever done anything humiliating, you’ve probably noticed that your brain never lets you forget it. This is the same brain that never remembers things you should remember. If you were bleeding to death and the emergency-room doctor asked you what blood type you were, you’d say: ‘I think it’s B. Or maybe C. I’m pretty sure it’s a letter.’ But if your doctor asked you to describe the skirt you were wearing when you were doing the Mashed Potatoes in the ninth-grade dance competition in front of 350 people, and your underwear, which had holes in it, fell to your ankles, you’d say, without hesitating for a millisecond, ‘It was gray felt with a pink flocked poodle.’”

It’s easy to laugh at Barry’s assessment, but there’s a dark side to this truth as well. Not all the memories our brain stores up are of youthful embarrassment, many are of shame. The terrible mistakes, the hurtful words, the moments we dearly wish had never happened; we carry these around like scars on our soul. If we’re not careful, this shame can leak out through our actions, poisoning the people around us. It can literally define our lives.

No one understands this better than Australian evangelist Christine Caine. In a recent interview with Christianity Today, Caine shared how her journey toward Christ was ultimately a journey out of shame. It all began when Caine discovered she and her brother were adopted, a stigma which haunted her traditionally based family for many years. Caine recalls,

“My adopted mom and dad suffered the shame of not being able to conceive…it was looked down upon culturally…so after years of trying, they adopted my older brother and me—and later were able to have my younger brother naturally. But because of social stigmas, they kept it hush about us older two. Yes, they loved us before we were born, and couldn’t wait until our birth mothers delivered so they could hold us and love us…but their shame and our shame—and my birth mother’s shame—all wrapped up together was more than a heart can process and be healthy. It can’t help but be damaged.”

Over time, Caine developed defense mechanisms to cope with the pain. She became defensive, threw herself into ministry, and built walls between herself and others. It was only after a friend approached her that Caine was finally able to be honest with herself, and with God.

“After Joanna came to me, I got personal with God. I talked with him about my scariest, ugliest thoughts, feelings, and memories. I chose to be vulnerable—something shame teaches us not to do—and seek counsel and accountability from seasoned, trustworthy mentors. When I did, God began to cut through my thick, hardened defense mechanisms. I began moving from deliverance to freedom in this area—from the wilderness to the promised land.”

There’s a saying, “God expects more failure from you than you expect from yourself”. It’s a humbling, yet hopeful reminder that God knows our heart, and has already forgiven us. We don’t need to shut Him out, or be afraid our shame will drive Him away, God still loves us. So let go of your fear and trust in the plans of the Lord. He wants to exchange our shame for joy!

“I will give you a new heart and put a new spirit in you; I will remove from you your heart of stone and give you a heart of flesh.” – Ezekiel 36:26

What about you? What are your thoughts on shame and forgiveness? Be sure to leave a comment in the section below!