6 Truths You Need to Remember on Election Eve 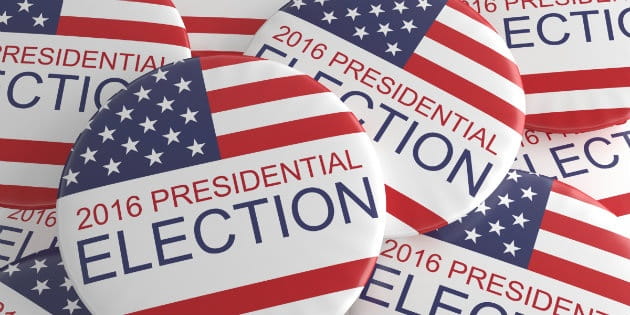 Election Day is tomorrow; you may know how you’re voting (you may have voted early) or you may still be on the fence about voting or whom you’re voting for.  So on election eve, let’s look at some reminders for Christian voters. Joe Carter, editor for The Gospel Coalition and author, has listed 12 recommendations for Christians in his article: “Being on God’s Side: A Dozen Recommendations for the ‘Religious Right.’”

“During the Civil War, Abraham Lincoln was purportedly asked if God was on his side. “Sir, my concern is not whether God is on our side,” said the president, “my greatest concern is to be on God’s side, for God is always right.”

Although Lincoln is often praised for this remark by those who oppose the mixing of church and state, it contains three of the most controversial ideas in American politics: (1) that it is legitimate to invoke the name of God within the realm of political discourse; (2) that God is always right, including in what he has revealed to us through general and special revelation; and (3) that since God takes sides on certain political and social issues, some people will be divinely justified while others will stand in opposition not only to the views of their political opponents but also to the will of the very Creator and Sustainer of the Universe.

Here are 6 reminders from Carter for Christians on election eve:

1. Your opponents are not necessarily your enemies.

When people disagree with us, we sometimes lump them into a broad group labeled enemies. But just because someone disagrees with us, it does not mean they are also our enemy. Carter explains,

Remember this verse: “You have heard that it was said, ‘Love your neighbor and hate your enemy.’ But I tell you, love your enemies and pray for those who persecute you, that you may be children of your Father in heaven.” –Matthew 5:43-45

2. Whether it’s before the election or after the election, refrain from saying ‘we’re doomed.’

Whoever wins the presidential election, we are not doomed because of him or her. The rulers in this world have no control over God’s plan, and He will be ruling on His throne and working throughout the world no matter who wins. And on the opposite side we will not be saved by a particular political candidate; no man except for Jesus Christ is capable of that. If you find your emotions ebbing and flowing with the election polls you may need to remind yourself of God’s sovereignty and constant presence with His people. Carter relays,

“If you think the outcome of a single election will determine the outcome of our country’s future, you need a more robust view of God’s sovereignty.”

Remember this verse: It is better to take refuge in the LORD than to trust in humans. –Psalm 118:8

3. Don’t fight over secondary matters; ask yourself if it’s a preference or a principle.

There are biblical principles that all Christians must unite on, and then there are issues, which are not addressed as clearly and leave room for preferences and differences of opinion. For example the sanctity of life, racial and ethnic reconciliation, and traditional marriage can be found clearly in the Bible. While issues like immigration, citizenship, and foreign policy are less clear. Carter writes,

“Yet this and similar non-essential issues are often used as a litmus test to divide us. The effect is that we lose influence on core Christian issues because of infighting over secondary matters. We must be careful and deliberate about where we draw the lines of political heresy so as not to destroy our already fragile faction.”

In other words, let’s unite on the issues we can agree on and refrain from fighting over different preferences.

Remember this verse: But avoid foolish controversies and genealogies and arguments and quarrels about the law, because these are unprofitable and useless. -Titus 3:9

4. Don’t pledge your allegiance to a political party.

Have you ever noticed that some politicians seem to support all of your issues and cater toward your religious views until they get into office? Then things start to change. Carter advises,

“Our allegiance to any political party should be modest, contingent, and made with a full awareness that both the Republican and Democratic parties will attempt to distance themselves from us as soon as elections are over. Both parties have always done so and will likely continue that tradition until the Eschaton. Despite this history we are caught up in an endless cycle of expressing unreserved fealty to political candidates during the election season and then expressing shock and dismay when they distance themselves from our agenda.”

Remember this verse: Do not put your trust in princes, in human beings, who cannot save. –Psalm 146:3

Even if your political party wins the White House, it doesn’t mean that the culture at large will see things your way and start behaving differently. Carter expresses,

“Cultural reform is needed more urgently than political reform. As Andrew Fletcher, an 18th-century Scottish patriot, once boldly proclaimed, ‘If one were permitted to make all the ballads one need not care who should make the laws of a nation.’ Fletcher understood that cultural influence was vastly more important than political power.”

So much time has been spent focusing on politics and winning that people have forgotten all together about reaching out and having cultural discussions. This accounts for inside the church and outside the church.

Remember this verse: From one man he made all the nations, that they should inhabit the whole earth; and he marked out their appointed times in history and the boundaries of their lands. God did this so that they would seek him and perhaps reach out for him and find him, though he is not far from any one of us. –Acts 17:26-27

“America is not a “shining city on a hill,” though we should let our light of freedom be a shining example for the entire world. America is not the “greatest blessing God gave mankind,” though it is a great nation worthy of our faithfulness. Patriotism has a role but must not be allowed to expand beyond certain intellectual borders. We are citizens of both the city of God and the city of man, and must always be sure not to confuse the one for the other.”

Remember this verse: Consequently, you are no longer foreigners and strangers, but fellow citizens with God's people and also members of his household, -Ephesians 2:19

To read Carter’s other 6 points and his article in its entirety please visit TheGospelCoalition.org.

As Tim Challies comments, we are prone to put our trust and hope in the men and women of this world. Though we know they can’t really save us or grant us new life, we still hope that they will make life better for us. He shares this in his article, Put Not Your Trust in Presidents:

“Too much excitement for my favored candidate or too much despair for the one I dislike—both are symptoms of the very same problem.

The psalmist gets this. He gets it and pushes back by declaring that our hope is to always be anchored in God: “Blessed is he whose help is the God of Jacob, whose hope is in the LORD his God.” In the rest of the psalm he explains why God and God alone is worthy of our confidence: He is the one who created the world, he is the one who formed humanity, he is the one who sustains all that exists, he is the one who keeps faith, who executes justice, who provides for our needs, who brings the wicked to ruin. He is the one who rules through good rulers and bad ones, through the ones I would have chosen and the ones I just can’t stand.”

Remember this verse as you vote tomorrow: The LORD reigns forever, your God, O Zion, for all generations. Praise the LORD. –Psalm 146:10

In our Crosswalk.com article, 4 Ways to Take Comfort in the Kingdom of Christ this Election, Drew Hunter encourages:

“No matter what happens on November 8, we already know the most important things about November 9. Jesus will remain on his throne. He will build his church. He will lead us to shine like light in our culture. He will empower us to make disciples of all nations. And he will return again in glory.

A prayer from Sharon Jaynes with Girlfriends in God:

God, I rest today in the confidence that You are on Your throne, and that You rule over everything. I will pray, and I will vote. And I will rest in the assurance that You are in control. You work through godly and ungodly kings alike.
In Jesus’ Name,
Amen.

Be prayerful in how you vote, and rest assured knowing that God and His Kingdom will be standing strong and glorious on November 9.

Related video:
How Can I Know What God is Calling Me to Do as a Citizen?