5 Ways to Soothe Your Kids' Fear after the Election 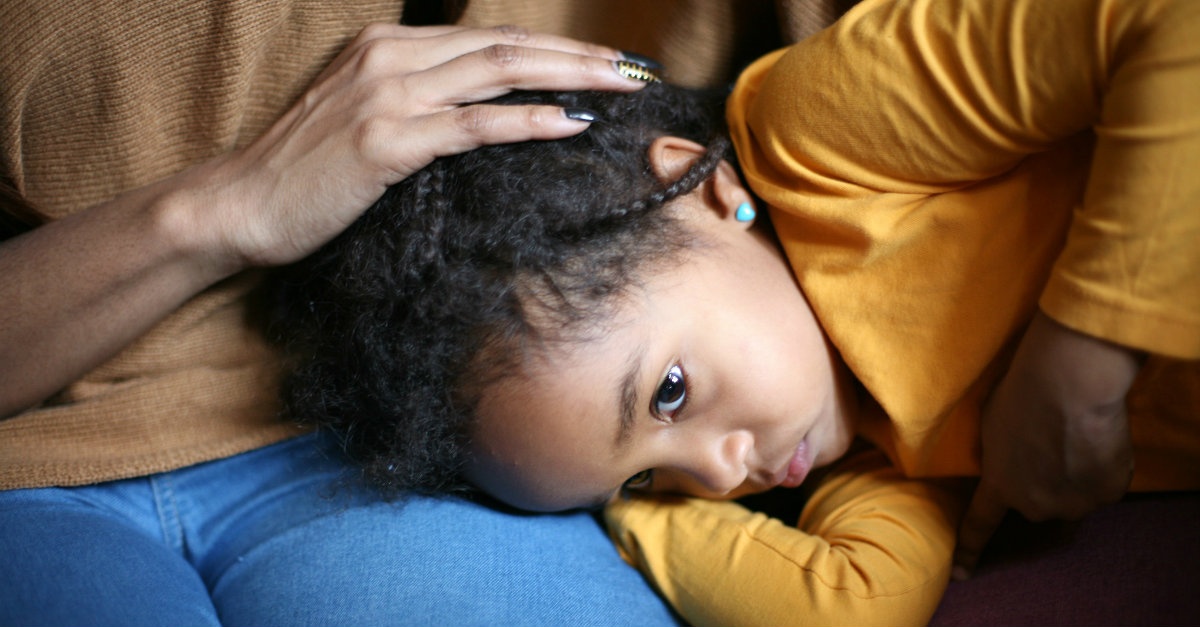 Donald Trump has been named the 45th President of the United States and our nation is in a frenzy. Ever since Trump and Hillary Clinton became the Republican and Democratic presidential nominees, the media has covered a mudslinging election season that was full of hate and accusations.

And our children have listened.

They have heard the commercials calling our new president-elect a racist, a bigot, a womanizer. They have seen the signs that declare “Hillary for prison.” They have heard something about a wall being built. They heard something else about emails. The older ones understand some of it. The younger ones are just wondering why Mommy and Daddy look so worried when they watch the news.

In my own city, protests have broken out that have blocked interstates and terrified drivers. Cars have been pounded on by angry fists. Insults have been shouted at innocent people. Expletives directed at Trump and all who voted for him have been painted on city monuments.

And our children have seen all of it.

Seminary professor Jason DeRouchie writes for Desiring God that parents need to guide their children through this confusing time. Children may be feeling lost, fearful, or helpless. Parents may be feeling these emotions too. But the Bible can help us shine light through the darkness of uncertainty.

He writes, “As dads and moms, we have the responsibility to help our children process this transition in United States history, and to do so with our Bibles open. How should Christians move ahead? I encourage you to take this opportunity to turn your kids’ eyes to the one reigning in heaven on our behalf.”

DeRouchie says parents need to tell their children these five things about the election and the future of our country:

God knew that Donald Trump would be named President long before we did. Our all-knowing God had a perfect plan for Trump’s life, as he does for all of us. When we believe this, we also extinguish the fear of the unknown. Yes, the future is unknown to us, but it is known to God.

DeRouchie writes, “God appoints every member of government office and no purpose of his can be thwarted. ‘Our God is in the heavens; he does all that he pleases’ (Psalm 115:3). He alone is the one who ‘changes times and seasons’ and ‘removes kings and sets up kings’ (Daniel 2:21).”

2. Remember that God calls us to honor and submit.

If your vote did not go to Trump, you are not exempted from respecting his authority. Remember, Scripture tells us that God appoints our leaders. By submitting to Trump, you are following a direct order in the Bible.

“Paul is clear that, because ‘there is no authority except from God’ (Romans 13:1), we must not resist what God has appointed (Romans 13:2), but must ‘pay to all what is owed to them: taxes to whom taxes are owed, revenue to whom revenue is owed, respect to whom respect is owed, honor to whom honor is owed’ (Romans 13:7),” says DeRouchie.

3. Remember that we must obey God rather than men.

There is a caveat here. If our newly appointed leader orders us to sin, we do not have to submit to him. God is our ultimate authority.

DeRouchie says, “Remember that if any governing authority asks us to sin, we must resist, choosing instead to ‘obey God rather than men’ (Acts 5:29).”

4. Remember that God tells us to pray for our leaders.

Whether or not you voted for Trump, you must pray for him. Pray for his wise leadership. Pray for his strength and determination. Pray that the Lord leads him in his decision-making. Lift him up in prayer as a family. This is not a choice. This is a command from Scripture.

“In Paul’s words, ‘I urge that supplications, prayers, intercessions, and thanksgivings be made for all people, for kings and all who are in high positions, that we may lead a peaceful and quiet life, godly and dignified in every way’ (1 Timothy 2:1-2),” DeRouchie writes.

Pastor Joe McKeever adds one more appeal for Christians to pray in the wake of the election. He says, “There is one massive, over-riding reason for praying for Mr. Trump, and it is not just that we are commanded to do so, although that should be enough.

“So much is riding on him getting this right. The stakes are so high. Not just this land, but millions throughout the world look to America’s leaders to do the right thing, to hold their rogue nation accountable, to stand up to the oppressors, to help the helpless. The opportunity is limitless, the responsibility enormous.”

5. Remember where to find true freedom, identity, and hope.

Donald Trump may become the best President we have seen in our lifetime. Or he may fail us, leaving our country looking to his successor to put the pieces of our nation back together. But regardless of what becomes of Trump’s presidency, we will still find our freedom, identity, and hope in Christ.

DeRouchie says, “In Christ, we are truly free, and no earthly state or government power can take this freedom away (Galatians 5:13; 1 Peter 2:16). Similarly, ‘our citizenship is in heaven, and from it we await a Savior, the Lord Jesus Christ’ (Philippians 3:20; compare with Ephesians 2:19).”