What Actually Makes You Pro-life? 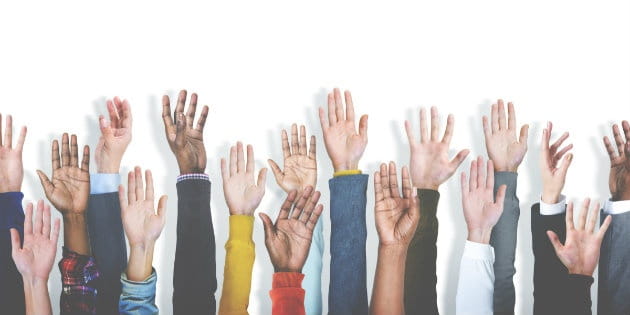 It seems that the overriding political issue for many Christian voters this election was abortion and pro-life advocacy. Supreme Court nominations were a big factor in how this pro-life stance would be pushed forward after the election. There were other issues, of course, that affected evangelical votes but for the majority when faced with a decision of two candidates, disliked by many for different reasons, the choice came down to life.

No matter how you voted, if you’re a Christian abortion is a tragic thing. There have been over 58 million abortions in the last 43 years and that’s just in this country. Laura Elliot, writer for Revive Our Hearts, has written an article titled “It’s Time to Expand Our Definition of Pro-Life.” But abortion is not the only Pro-Life stance Christians should be taking, and it is not the only tragedy in this world. Elliot states,

Pro-life advocates have tried exposing the deplorable practices of the abortion industry, they have urged adoption services, and provided encouragement and support for expectant mothers and mothers without resources. It is easy to see the needs of the unborn, but what about these people as paraphrased from Elliot:

Elliot asks, does our pro-life message extend to them? She explains,

“Our crusade for the sanctity of life will not be complete until we first believe in our hearts the fact that every human being, from conception to natural death, is created in the image of God.”

And Genesis 1:27 says, “So God created man in his own image, in the image of God he created him; male and female he created them.”

Tony Reinke in an article for desiringGod.org emphasizes,

"Christ is the image. We are not the image. We are made according to the image of God (Christ). The image of God is not damaged or distorted, but our humanity is distorted by sin. In Christ, our humanity is restored by his grace, aimed at his glory, and resurrected by his power. And under this point, we are free to proclaim that every human being, of every gender and every race and every social class — the healthy, the dying, the unborn, and the disabled — every person has been crowned with indisputable dignity from the hand of the Creator. It is a solemn, imperial veneration to have been made according to the incarnate Christ."

Everyone born and unborn on this earth has been created according to the image of Christ; this is what our culture needs to hear from us. When we look at Jesus in the Bible, we see that He loved, served, sacrificed, gave grace, and extended mercy, and He continues to love and forgive us. Should we not also do these things in order to show Christ’s love to others? The Spirit lives in those who believe in Christ, and He will enable us to see others the way God sees them.

“Folks, to use a recent political gaffe, we all began in a basket of deplorables. Someone recently said that when we think of God’s plan of adoption, we automatically think of orphans. But we were not orphans. We were His enemies.”

So if we want our culture and the world at large to understand what we mean by pro-life and why it’s important, then we need to treat the disabled, the different, and even our enemies in a way that honors the image we are made in and brings glory to the name of Jesus. Elliot expresses,

“When we refuse to tolerate racist notions in our churches and in our communities with the fervor with which we oppose abortion, perhaps the secular African-American community will take a second look at the church.

When we work to bring forth the soul-saving message of the gospel to Syrian refugees with the fervor with which we advocate for adoption, perhaps our Muslim neighbors will take a second look at new life in Christ.

When we embrace our law-abiding immigrant friends as Christ embraced us, His enemies, perhaps our Hispanic neighbors will take a second look at the cross.”

People are watching; they are watching to see if your actions match your words. People are curious about what you believe and their interest will ebb and flow based on your treatment of others. What do you say and how do you act when you think no one is listening or watching?

As Elliot urges, even if all abortions ceased our work as Christians in the pro-life movement would not stop…because pro-life means everyone, and while there are billions of people on this earth there is work to be done and an image to reflect.

People need to know that regardless if they agree with us, we still love them…why? Because of the image we have been created according to, and the image we graciously get to reflect. We can say I love you all we want, but people won’t believe it until they see our actions, our treatment, our behavior…our fruit.

As Elliot comments, though Supreme Court appointments are important to our government, they will not change everyone and they will not have more of an effect on the culture than the Church can. By acting as Christ’s image bearers we can have far more of an impact on the people we long to see know God than a vote can.

Pro-life doesn’t end with supreme court seats, anti-abortion laws, protest signs, or adoptions…pro-life is a stance relevant to racism, immigrants, refugees, the disabled, the poor, the downtrodden, marginalized, and the outcasts. Christians are commanded to love everyone, those we disagree with, even our enemies.

Christians do not take time off depending on who is in the White House; no matter who is leading this country Christians must continue to point others to Christ in all of their actions. We must serve those in need, love those with disagree with, and have compassion on those who feel afraid.  Every word you say and every action you commit will either reflect Christ’s image or hide it.

“You are the light of the world. A town built on a hill cannot be hidden. Neither do people light a lamp and put it under a bowl. Instead they put it on its stand, and it gives light to everyone in the house. In the same way, let your light shine before others, that they may see your good deeds and glorify your Father in heaven.”

People are angry and people are fearful…let’s meet them where they are and treat them the way Jesus has treated us.

Elliot offers this prayer in conclusion,

“Lord, in our fervor to protect little ones being carefully knit in the womb, we have grown calloused to those on the outside who also bear the image of our Savior. Forgive us for forcing the hand of our government in caring for the needs of the poor, the widows, the orphans, the aliens, the others in our communities because we, Your Church, have neglected to do our job. Forgive us for accepting what is deplorable to you: the marginalization of the elderly, the disabled, the disadvantaged. We’ve outsourced our vocation as lovers of the weak to those who can provide for physical needs, but no sustenance for the sin-struck soul. Forgive us, Lord, and move us to action to share the gospel with a love that is worthy of the image of Your Son.”

"That gospel lens means that we can no more ignore injustice than the Cross of our Christ does, which is to say not at all. But it also means that we see those who disagree with us not as our enemies but as those in need of the same mercy we have found in Christ Jesus. Our message is a prophetic word against sin and unrighteousness but that is not our final word. Our final word is “Behold, the Lamb of God who takes away the sin of the world” (Jn. 1:29). That is a word that never takes up arms against our fellow sinners. That is a word that does not come to kill, but to give life, and that more abundantly."

Christianity.com: How does a mother who has had an abortion find forgiveness?-John MacArthur from christianitydotcom2 on GodTube.