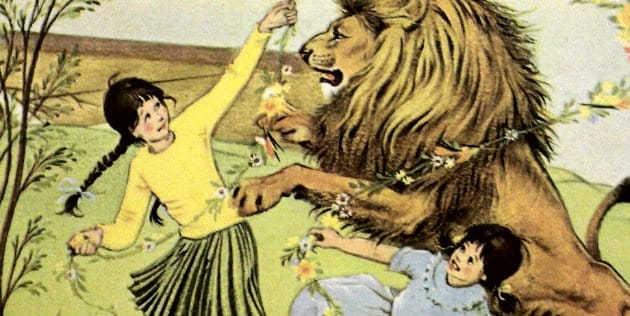 Today marks the 53rd anniversary of the death of Clive Staples Lewis, or as he’s more commonly remembered, C.S. Lewis. Long considered one of the greatest theologians in recent history, Lewis spent years working as a novelist, poet, essayist, broadcaster, apologist, and Christian academic. Nearly every Christian has been effected by his work in some manner. For my part, I can still remember reading Lewis’ acclaimed series, The Chronicles of Narnia, while I was growing up. The charming tales of the Pevensie children, along with other such books as Mere Christianity, have helped shape my faith in ways I’m still discovering.

In honor of his life and work, many writers are taking a moment away from the hectic news cycle to pay tribute to C.S. Lewis. Blogger Gene Veith described Lewis as,

“…the great apologist for Christianity, explaining the ancient faith in fresh and compelling ways, addressing both the reason and the imagination.”

Veith also lamented the fact that Lewis’ death went largely unnoticed, as it was overshadowed by the assassination of President John F. Kennedy and the passing of Aldous Huxley, who is best remembered for his dystopian novel Brave New World. He did, however, encourage readers to pick up a copy of Between Heaven and Hell which imagines a conversation between Lewis, Huxley, and Kennedy after they died. Over at The Gospel Coalition, Joe Carter chose to celebrate Lewis by sharing several unique details about the author’s life. Just a few of these included,

“In 1917, Lewis left his studies to volunteer for the British Army. During the First World War, he was commissioned into the Third Battalion of the Somerset Light Infantry. Lewis arrived at the front line in the Somme Valley in France on his nineteenth birthday and experienced trench warfare. On 15 April 1918, he was wounded and two of his colleagues were killed by a British shell falling short of its target. Lewis suffered from depression and homesickness during his convalescence.”

“Lewis was raised in a church-going family in the Church of Ireland. He became an atheist at 15, though he later described his young self as being paradoxically ‘very angry with God for not existing.’”

“Lewis's return to the Christian faith was influenced by the works of George MacDonald, arguments with his Oxford colleague and friend J. R. R. Tolkien, and G. K. Chesterton's The Everlasting Man.”

As for Crosswalk.com, we would like to take this opportunity and encourage our readers to explore the faith-filled life of this exceptional Christian. On our special coverage channel, visitors can find a number useful articles including 5 Books by C.S. Lewis that Everyone Should Read and Lewis’ 5 Tips about Christian Living. The work of C.S. Lewis has inspired generations of believers, and will hopefully continue to do so in the years to come. In honor of his timeless wisdom, we hope you enjoy the video below!

Crosswalk.com: 5 C.S. Lewis Quotes to Encourage You in Life's Great Adventures from crosswalkcom on GodTube.

What about you? What quotes from C.S. Lewis have inspired you? Which of his books would you recommend? Be sure to leave a comment in the space below!