The Problem with Our Holly Jolly Christmas Songs 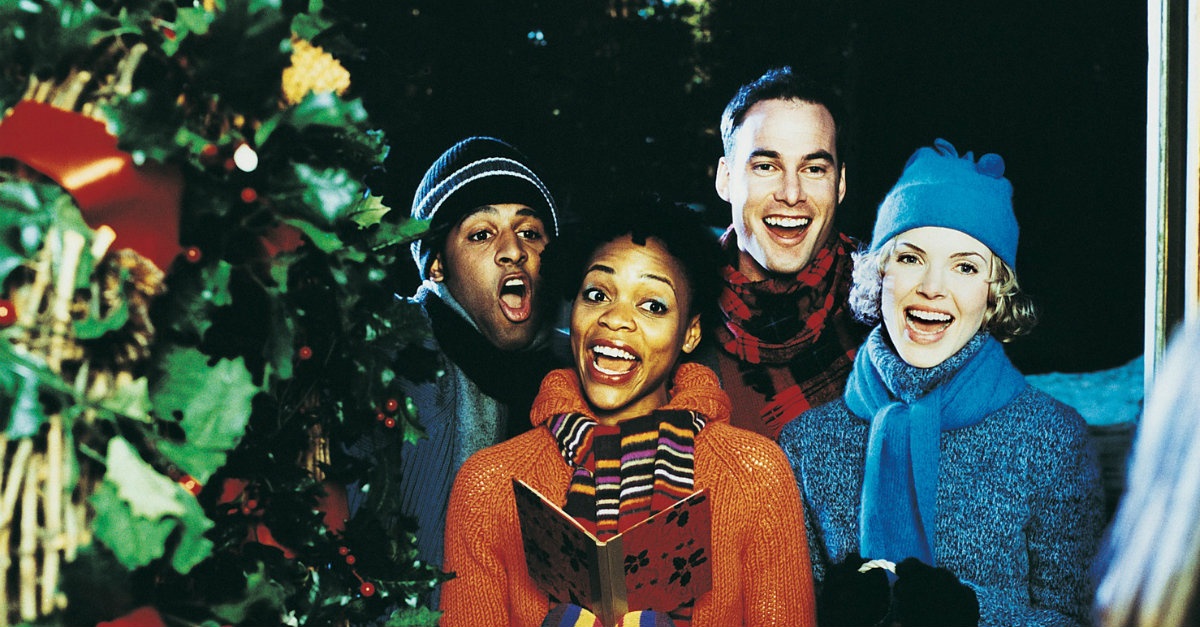 Sometimes I learn a lot from conversations I was never intended to hear.

This happened once as I was stopping by my local community bookstore. It’s a small, quiet store, so it was impossible not to eavesdrop as I heard a young man tell his friend how much he hated Christmas. To be honest, the more he talked, the more I understood his point. This man wasn’t talking about the hustle and bustle of the holidays, or about the stresses of family meals or all the things people tend to complain about. What he hated was the music.

This guy started by lampooning one pop singer’s Christmas album, and I found myself smiling in agreement on how awful it is. But then he went on to say that he hated Christmas music across the board. That’s when I started to feel as though I might be in the presence of the Grinch. But then this man explained why he found the music so bad. It wasn’t just that it was cloying. It’s that it was boring.

“Christmas is boring because there’s no narrative tension,” he said. “It’s like reading a book with no conflict.”

Now he had my attention.

I’m sure this man had thought this for a long time, but maybe he felt freer to say it because we were only hours out from hearing the horrifying news of a massacre of innocent children in Connecticut. For him, the tranquil lyrics of our Christmas songs couldn’t encompass such terror. I think he has a point.

Some of the blame is on our sentimentalized Christmas of the American civil religion. Simeon the prophet never wished anyone a “holly-jolly Christmas” or envisioned anything about chestnuts roasting on an open fire. But what about our songs, the songs of the church? We ought to make sure that what we sing measures up with the, as this fellow would put it, “narrative tension” of the Christmas story.

The first Christmas carol, after all, was a war hymn. Mary of Nazareth sings of God’s defeat of his enemies, about how in Christ he had demonstrated his power and “has brought down the mighty from their thrones and exalted those of humble estate” (Luke 1:52). There are some villains in mind there. Simeon’s song, likewise, speaks of the “fall and rising of many in Israel” and of a sword that would pierce the heart of Mary herself. Even the “light of the Gentiles” he speaks about is in the context of warfare. After all, the light, the Bible tells us, overcomes the darkness (John 1:5), and frees us from the grip of the devil (2 Corinthians 4).

Far too often, though, our corporate worship ignores this spiritual warfare. Our worship songs are typically celebrative, in both lyrical content and musical expression. In the last generation, a mournful song about crucifixion was pepped up with a jingly-sounding chorus, “It was there by faith I received my sight, and now I am happy all the day!” Even those ubiquitous contemporary worship songs that come straight out of the Psalms tend to focus on psalms of ascent or psalms of joyful exuberance, not psalms of lament (and certainly not imprecatory psalms!).

We can easily sing with the prophet Jeremiah, “great is thy faithfulness” (Lamentations 3:23). But who can imagine singing, in church, with Jeremiah: “You have wrapped yourself with a cloud so that no prayer can pass through. You have made us scum and garbage among all the peoples” (Lamentations 3:43-45). This sense of forced cheeriness is seen in the ad hoc “liturgy” of most evangelical churches in the greeting and the dismissal. As the service begins a grinning pastor or worship leader chirps, “It’s great to see you today!” or “We’re glad you’re here!” As the service closes the same toothy visage says, “See you next Sunday! Have a great week!”

Of course we do. What else could we do? We’re joyful in the Lord, aren’t we? We want to encourage people, don’t we? And yet, what we’re trying to do isn’t working, even on the terms we’ve set for ourselves. I suspect many people in our pews look around them and think the others have the kind of happiness we keep promising—especially around Christmas– and wonder why it’s passed them by.

By not speaking, where the Bible speaks, to the full range of human emotion—including loneliness, guilt, desolation, anger, fear, desperation—we only leave our people there, wondering why they just can’t be “Christian” enough to smile or why they, like Charlie Brown, still feel unhappy when they stand to sing “Joy to the World.”

The gospel speaks a different word though. Jesus says, “Blessed are those who mourn, for they shall be comforted” (Matthew 5:4). In the kingdom, we receive comfort in a very different way than we’re taught to in American culture. We receive comfort not from faking cheerfulness or trying to drown out the throbbing of our souls with holly jolly sentimentality. We are comforted when we see our sin, our brokenness, our desperate circumstances, and we grieve and cry out for deliverance.

In a time when we seem to learn of a new tragedy each day, the unbearable lightness of Christmas seems absurd to the watching world. But, even in the best of times, we all know that we live in a groaning universe, a world of divorce courts and cancer cells and concentration camps. Just as we sing with joy about the coming of the Promised One, we ought also to sing with groaning that he is not back yet (Romans 8:23), sometimes with groanings too deep for lyrics.

We have a rich and complicated and often appropriately dark Christmas hymnody. We can sing of blessings flowing “far as the curse is found,” of the one who came to “free us all from Satan’s power.” Let’s sing that, every now and then, where we can be overheard.