Is There Really a War on Christmas? 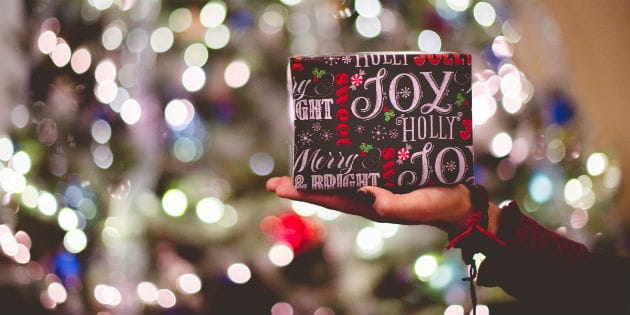 Every year around this time, as soon the lights are strung and the first Christmas carols are played on the radio, I hear a certain phrase start popping up. “War on Christmas,” they say. It always strikes me as a little silly and strange-- mostly because I’m not really sure who is fighting this "war", and why many Christians seem to be so adamant about it.

I’ve heard the debates about how holiday coffee cups are decorated, and I’ve seen backlash when stores say “happy holidays” in their marketing instead of “merry Christmas,” but it’s baffling to me that we are battling over what seems like two very different ways of celebrating this time of year.

Christmas to Christians is a celebration of Christ’s birth as a baby boy born to a virgin mother to be our Immanuel-- God with us. Christmas to the world is “about consumption,” Jesse Carey, an editor at RELEVANT says in his article “The Real War on Christmas.”

“‘The War on Christmas’ is predicated on the idea that mainstream, American culture (in this case, American consumer culture) should mirror Christian values,” Carey says. “But, the reality is these values are in conflict with each other, regardless of whether we receive a catalog in the mail says ‘Merry Christmas’ or ‘Happy Holidays.’”

The people I see fighting this so-called “war on Christmas” seem to want their Christian values displayed and demonstrated in the marketing they see, the products they buy, and the stores where they buy them. But is that what Christmas is about? Is that what Christ is about?

“What Christians celebrate at Christmas time and what culture celebrates are increasingly two different things,” says Carey. “So why should they be called by the same name?”

As a Christian, I can understand wanting to “keep Christ in Christmas” and celebrate the “reason for the season,” but I don’t think we should expect that the secular world would operate the same way as believers do. As Carey points out, the Christian Christmas and the secular Christmas are two very distinct types of holidays, even though they share the same date on the calendar. Christians forcing their beliefs on a world that doesn’t hold the same ones is a poor reflection of who God is and why Jesus came to this earth in the first place.

He didn’t come to start a war, to fight battles with non-believers, or to argue about how his birth should be celebrated. He came to show and share God’s love, to invite all people into a personal and intimate relationship with himself, to extend mercy and grace and forgiveness to all, and to make a way for us to spend eternity with him.

I think we should be fighting less about whether we say “Happy Holidays” or “Merry Christmas” and focusing more on where our own priorities lie in this season. Are we fighting unnecessary battles or are we sharing Christ’s love with the world?

Are we concerned more about the design of popular coffee cups than we are about being kind to the people waiting in line with us? Are we fighting over the last toy on the shelf instead of giving gifts to those in need? Are we preoccupied with our to-do lists and calendars and missing opportunities to love our neighbors and give grace to those around us?

“There is a real war on Christmas,” Carey says. “But it won’t play out in advertising, marketing materials or on fast food marquees. The real war on Christmas happens in each of us when we try to reconcile the values of a consumer-driven culture with the birth of a savior that wants us to let go of the things of this world. And that’s the war we must keep on fighting.”

May we fight less with the world around us on what Christmas is all about, and may we focus more on Christ himself as we celebrate this joyous season surrounding his coming.

Rachel Dawson is the editor of BibleStudyTools.com.