Are You Bored with Your Faith this Christmas? 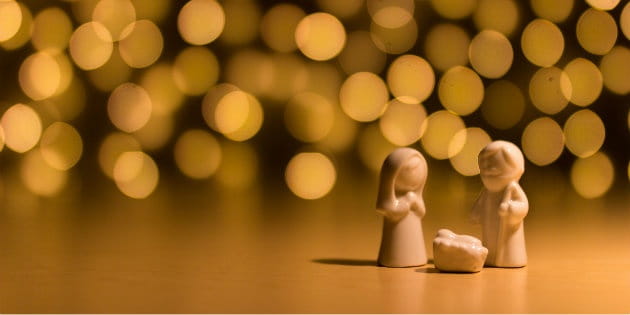 Stephen Witmer, pastor professor and author, has written an article titled “Are You Bored with Christ at Christmas?” on desiringGod.org.

The question may strike you as odd, but there are songs and stories at Christmas that may seem so familiar we don’t even recognize our own apathy toward them. And sometimes we are so familiar with one story that we miss a detail in another story.

The Christmas story is told in two of the gospels, Matthew and Luke; John mentions Jesus’ birth but the Gospel of Mark begins when Jesus is fully grown and starting his ministry. But Mark does indirectly reference Jesus’ birth and growing up when he tells us about Jesus’ visit to his hometown of Nazareth. And this as Witmer writes, is what we might call a new angle on the Christmas story.

Here is what Mark tells us about Jesus’ visit to Nazareth:

“He went away from there and came to his hometown, and his disciples followed him. And on the Sabbath he began to teach in the synagogue, and many who heard him were astonished, saying, "Where did this man get these things? What is the wisdom given to him? How are such mighty works done by his hands? Is not this the carpenter, the son of Mary and brother of James and Joses and Judas and Simon? And are not his sisters here with us?" And they took offense at him. And Jesus said to them, ‘A prophet is not without honor, except in his hometown and among his relatives and in his own household.’ And he could do no mighty work there, except that he laid his hands on a few sick people and healed them. And he marveled because of their unbelief. And he went about among the villages teaching.” (6:1-6)

Mark is also the only gospel that mentions Jesus’ trade as a carpenter. Jesus did not grow up in a community that knew Him as King and Messiah. This community could not get past the fact that they had watched this man grow up that they knew His parents and siblings, and they were actually offended at what He said and did. They saw that what He did was mighty and not something that an average man could do, but they could not get past their confusion and they remained in unbelief.

So what does this have to do with Christmas you may ask? Witmer explains,

“Mark’s unique angle on the events of Christmas is this: in at least one small town, the fact that Jesus came as a baby and grew as a normal child was not an encouragement to faith but rather a hindrance to it. We often (and rightly) think that what people need if they’re to trust in Jesus is familiarity with who he is. But in this passage, Jesus’s friends can’t get past their familiarity. It’s an obstacle.”

We may not have grown up in Nazareth with Jesus, but if you grew up in the church then you grew up with a certain familiarity surrounding Jesus. You knew that Jesus was the ultimate Sunday School answer. You probably helped set up your nativity at Christmas every year, and you knew the words to all the well-known Christmas hymns. But Jesus wants to be known as so much more than a Sunday School answer.

Is it possible that our familiarity can cause us to miss out on realizing the grand majesty of who Jesus is? Witmer shares, “Familiarity with Jesus may lead us to believe we have him figured out. Simply put, perhaps we’re a little bored of him.” He continues,

“Knowing Jesus is like knowing Mount Everest. For those who know it, Everest increasingly thrills, confounds, delights, eludes, and exhilarates. If someone is bored of Everest, it’s because they’re learning facts about it in their living room, not climbing it.”

Sometimes we can get so caught up in knowing the facts about Jesus that we forget to simply know Jesus in a personal and continuous relationship. But familiarity doesn’t have to breed contempt, as Witmer states; it can breed faith. He also points out that two of the half-siblings named by Mark, Jude and James, wrote New Testament letters, Witmer relays,

If you’ve ever wondered if you would get bored in heaven…rest assured that the more you know Jesus the less bored you will become. Witmer quotes John Newton’s words in “Amazing Grace”:

When we’ve been there ten thousand years,
bright shining as the sun,
we’ve no less days to sing God’s praise
than when we first begun.

Even after 10,000 years in eternity we will be no less amazed at who God is; we will still be marveling at His glory and worshipping with enduring faith.

If you find yourself feeling too familiar with the Christmas story, pray and ask the Holy Spirit to open your eyes to new wonders in God’s Word. Open you Bible to the gospels this Christmas, and read the account of Jesus’ birth with fresh eyes and a renewed heart. Laura Elliot, a writer for Revive Our Hearts, shares with Crosswalk:

“As believers, we have exclusive access to the most exhaustive collection of shimmering words in the universe: the very words of God Himself.”

Let God’s words draw you closer to His glory; let His Words produce a desire in you to want to know Him more.

Related articles:
A Prayer to Keep God in the Center at Christmas
10 Ways to be a Christian this Christmas
How Can I Know that I’m a Christian?

Christmas Prayer from worshiphousemedia on GodTube.