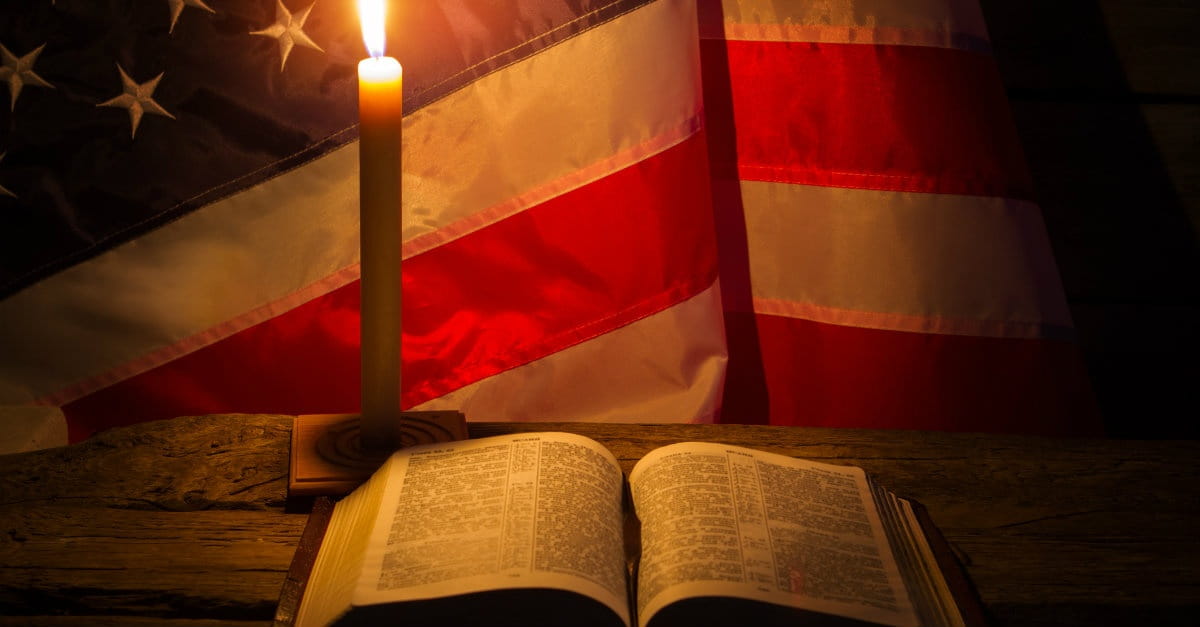 How our politics should affect our faith has been a question that Christians have debated for centuries. Many cite Romans 13 which begins, “Let everyone be subject to the governing authorities, for there is no authority except that which God has established. The authorities that exist have been established by God.”

It’s certainly true that God is ultimately in control of who gains power and who is in a position of leadership. Of course, this doesn’t mean all leaders are people after God’s own heart as King David was, but it does mean that God is sovereign. It also means that we have an obligation to obey governing leaders, unless they go against God’s higher laws (Acts 5:29).

This debate of how politics and Christian faith intersect is particularly relevant during this time when America is so divided. People who claim Christian faith have even taken very different positions on issues.

We will all have to do the hard work of reading and researching and studying and praying about what political positions are truly biblical and right, but we can be assured that certain things are set in stone, such as God’s sovereignty over all human affairs and our foremost allegiance to the Kingdom of God, which is not an earthly Kingdom, but a Kingdom that affects peoples’ hearts and souls.

This may all sound well and good and perhaps, as Christians, we can all find common ground up to this point, but then enters messy issues such as President Trump’s recent immigration ban. My point here is not to argue for or against the ban. I do recommend learning more about it and forming your own opinion, in light of the facts and your faith, after you have thoughtfully and prayerfully weighed the issues.

It may also be helpful to remember, as Griffin Jackson writes in his article “Is an America-First Doctrine Actually Biblical?” for Relevant Magazine, that, as Christians, our first allegiance is to God’s Kingdom.

As Vice President Mike Pence has stated, “I’m a Christian, a conservative and a Republican--in that order.”

Pence, who holds the second-highest office in the entire United States, has his priorities straight. Being a Christian is not at all antithetical to being involved in politics, nor is it feasible to say that one’s faith should not influence one’s politics; however, as Christians, we (should) have a broader perspective.

Our true home is not this earth and not America, but as is always true of the Christian life, looking forward to our future with Christ in heaven does not negate our responsibilities now to “To act justly and to love mercy and to walk humbly with your God” (Micah 6:8).

How does this affect how we should view the immigrant ban and other controversial issues of our time?

It’s not an easy question to answer. But I hope you’ll think deeply and prayerfully about it.

1. First, we can be patriots. It’s good to support our country and to be patriotic. “We should absolutely work for the prosperity of the United States by electing leaders we can respect, empowering minorities and welcoming foreigners. Just remember that loving our country well does not mean loving others less,” writes Jackson.

2. Second, we can be globally-minded. Christians should remember that we are all made in God’s image. “Let us look beyond our own communities and the borders and oceans that divide us. Let us see people of all cultures and countries as neighbors and friends. Let us seek their good and be compassionate toward them,” writes Jackson.

3. Third, we can be Kingdom citizens. “Just as prophets and politicians must not be turned into idols, the country itself must never take precedence over God and his Kingdom,” writes Jackson. “Resting in our ultimate citizenship frees us from both the cold chains of nationalism and the postmodern vagueness of globalism. We can love our country and the world, but neither is our true home.”

How is God calling you to allow your political views to be shaped more thoughtfully by your faith?