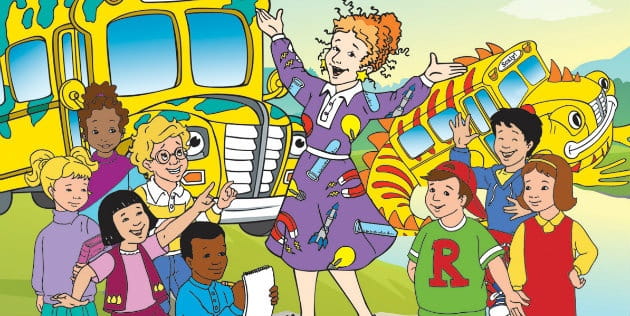 Over the years, Netflix has made a name for itself by reviving beloved TV shows. However, the latest addition to its ever-growing roster is bound to hit viewers with a double dose of nostalgia. According to several articles from Entertainment Weekly, the streaming service will be reviving The Magic School Bus, an educational cartoon about an eccentric teacher who takes her class on unusual field trips using her, um, magic school bus. The series (which is currently available on Netflix) has been applauded by parents and educators alike for instructing children to everything from our solar system to the human body. Now it appears the show will receive a new, modern spin along with the updated title of, The Magic School Bus Rides Again.

Entertainment Weekly has also revealed that SNL star Kate McKinnon, best recognized for her portrayals of Hillary Clinton and her work in Ghostbusters, has been selected to voice the beloved animated teacher. EW writes,

“This modernized version of the popular animated series will be called The Magic School Bus Rides Again, and much like the original will see Ms. Frizzle take her class of elementary school students on a series of wild field trips. The original series, based on the book series, found a batch of inquisitive kids will get the chance to explore everything from the inside of the human body to under the sea.”

“As fans of the earlier show will remember, Ms. Frizzle (a.k.a “The Frizz”) often did double duty as both the class’ highly knowledgeable teacher and the driver of the magic school bus. She was also voiced by current Grace & Frankiestar Lily Tomlin.”

Though no date has been announced for the show’s release, you can be sure fans are more than ready to board the school bus for another adventure.