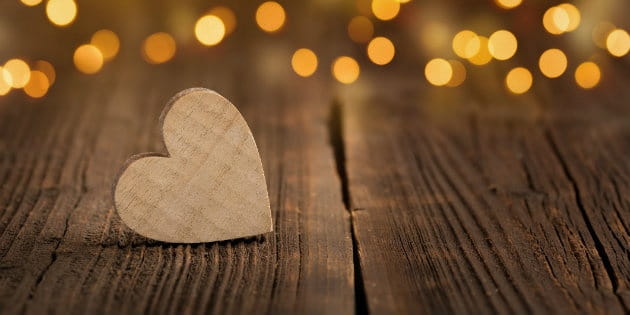 There is nothing worse than being single in February. The buildup to Valentine’s Day can be absolutely excruciating. Flowers start popping up in windows, isles of chocolate appear in convenience stores, not to mention the red and pinks hearts plastered everywhere. It can feel as though the entire world is mocking you, shining a spotlight on your marital status. These things can get especially frustrating when you’re not just single, you’re a Christian single.

Marriage is a blessing (Proverbs 31:10), and the Church naturally wants to celebrate godly unions while also encouraging those who remain celibate. Unfortunately, not all its attempts are successful. Posts claiming its ok to never get married, or about what a noble calling celibacy is, may be written with the best intentions, but on Valentine’s Day, they can make a tough situation that much harder. Austin Roscoe at The Stream, and Marshall Segal of the Desiring God blog, both have advice for frustrated singles this Valentine’s Day. Whatever Christians believe the future holds for them relationally, the first step is to bring it before God.

“Ask Him what His plan is. Get into the Word, and grow your relationship with Christ so that He can sustain and fulfill you. It’s important to get your faith solid now, while you can fully devote your time and attention to Him. (1 Corinthians 7:32-35).”

Roscoe concludes that, regardless of whether or not Christians are pursuing marriage, their first priority should always be on God. If we start looking for our purpose in marriage, we ultimately create an idol out of God’s blessings. Similarly, if we are pressured to accept a life of celibacy when we are not called to it, we risk becoming embittered and angry. Segal concourse with these ideas, and advises his readers to learn from the parable of the ten women,

“Jesus tells a story about ten women waiting for the bridegroom, each carrying a lamp while they wait (Matthew 25:1). Five brought extra oil to keep their lamps lit, while the other five brought lamps, but no oil. Both sets of lamps burned brightly for a while, but as the bridegroom finally arrived — when the women needed the lamps most — five were left in the dark and out of the marriage feast (Matthew 25:10).”

“The lamps illustrate, among other things, the difference between falling in love and staying in love. It doesn’t take much at all to start a romantic flame, but it is much harder to sustain it through suffering, disappointment, and conflict. The happiest marriages have storehouses of spiritual oil other marriages have never known. Their love isn’t fueled by physical attraction or relational chemistry, but by a mutual affection for and devotion to Christ.”

Valentine’s Day can be hard on singles. There’s the anxiety of being alone, the jealousy of watching couples celebrate, and the fear that God is leading you toward a future without marriage. In all the commotion though, never forget that Jesus loves you. He loved you enough to die for you (John 3:16), and he wants nothing more than the best for you. Whatever form that may take, never forget that you are loved this Valentine’s Day.

What about you? Do you have any thoughts to share this Valentine’s Day? Be sure to leave a comment in the space below!