The power of one

In 841 b.c. the kingdom of Judah almost collapsed. With the assassination of the king, the queen mother, Athaliah, seized power and killed off every other member of the royal family, including her grandchildren. But baby Joash was spirited away by his aunt and hidden in the temple. The high priest, Jehoiada, used his authority and leadership to guarantee the toddler’s safety.

After six years of Athaliah’s ruinous reign, Jehoiada brought out the boy Joash and had him crowned king. “Jehoiada then made a covenant between the Lord and the king and people that they would be the Lord’s people. He also made a covenant between the king and the people. All the people of the land went to the temple of Baal and tore it down. They smashed the altars and idols to pieces” (2 Kings 11:17,18).

Under Jehoiada’s regency, Joash developed into a wonderful king. He repaired the temple, continued the spiritual reformation that Jehoiada had begun, and peace returned to Judah. But finally Jehoiada passed away at the incredible age of 130. The nation’s wheels came off again—without the high priest’s strong presence, Joash listened to new advisors and backslid into Baal and Asherah worship.

Jehoiada is my hero. He was just one man, but he helps me believe in the power of one. 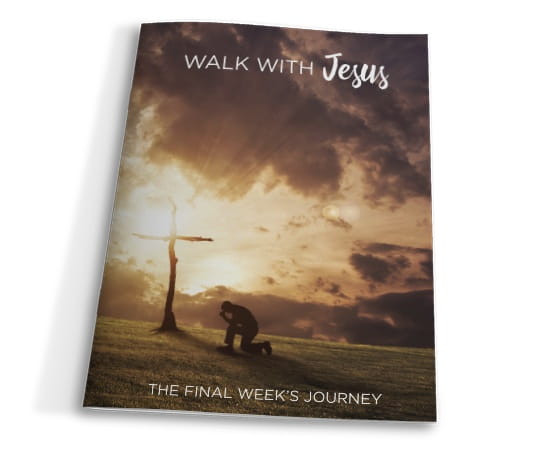 Grow Closer With God During Lent!

Specially written to guide you during the Lenten season, Walk With Jesus: The Final Week’s Journey will give you a better understanding of what Jesus experienced during the last week of his life—and help you grow closer with God in the weeks leading up to Easter.

Request your copy of Walk With Jesus when you donate to help share the timeless truths of God’s Word with more people!

For more from Time of Grace visit them at TimeofGrace.org or visit their OnePlace.com and LightSource.com pages!