Why God's Truth is So Important in a Secular Age 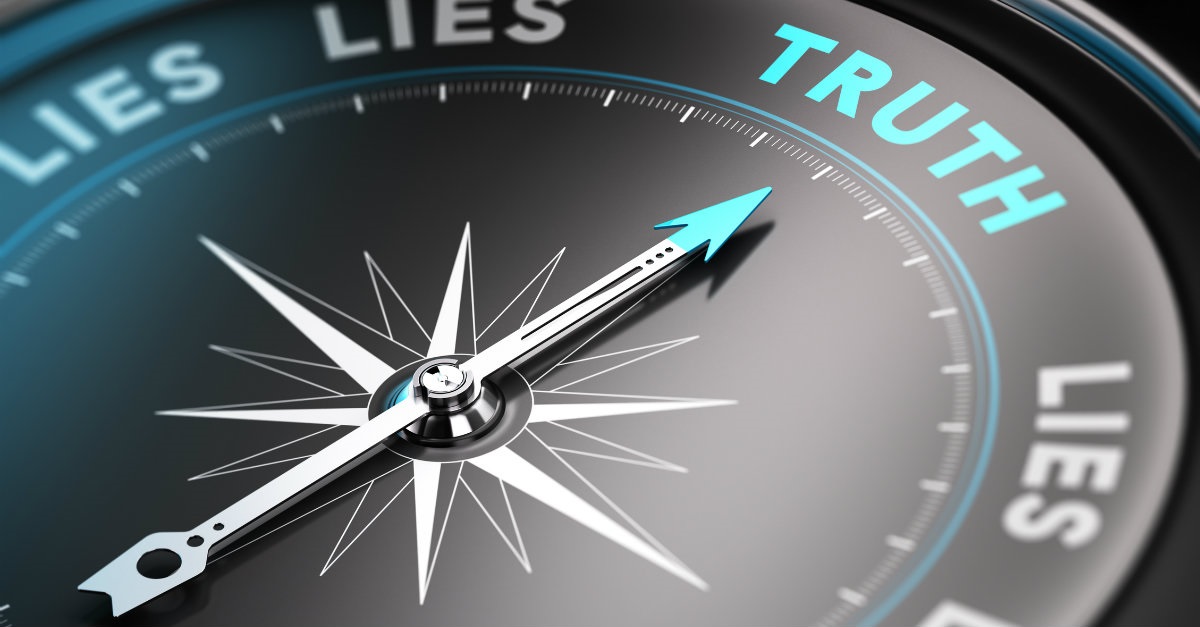 Truth has always been of utmost importance to the Christian faith. After all, Jesus calls Himself “the Way, the Truth, and the Life” (John 14:6).

However, in a postmodern culture steeped in relativism, subjective truth, and now “alternative facts,” it can be extremely challenging to not only remain grounded in the truth of Scripture, but also to fight for that truth, to “contend earnestly for the faith” (Jude 3).

Writing for Relevant Magazine, Aaron Ross encourages Christians to continue contending for truth within a secular culture that is often diametrically opposed to the uncompromising aspects of Christianity.

In his article “Christians Must Fight to Protect Truth--Now More Than Ever,” Ross mentions two covers of TIME magazine. The two covers ask “Is God Dead?” and now, in a follow-up issue, “Is Truth Dead?”

This questioning of God and truth is indicative of our secular culture, Ross writes, and is all the more reason Christians need to know clearly what they believe and know how to defend it in the best way.

“Truth cannot be anymore dead than God is dead, because all truth is God’s truth,” Ross writes.

We, as Christians, are convinced that God is not only alive, but powerful and working in the world and in our lives. We also believe that Jesus and the Bible are the ultimate source of Truth.

The goal, writes Ross, is to know how to live out this belief and communicate this truth with integrity. Sometimes, in our efforts to convince others of our point of view, we can give in to the temptation to use “alternative facts,” to manipulate data, history, or even personal experience to better fit our argument.

Although this may seem like an ends-justifies-the-means situation and may seem to help defend the truth in the short run, in the long run this will hurt our witness.

Christian professor, writer, and pastor Ed Stetzer gets at this point in his recent article “Facts are Our Friends: Why Sharing Fake News Makes Us Look Stupid and Harms Our Witness.”

Stetzer’s article particularly focuses on politics, but is relevant for all aspects of life. He notes the importance of integrity for Christians:

“Integrity should matter for Christians, but too often it does not. Scripture is clear, especially in Proverbs. Proverbs 28:18 explains, ‘The one who lives with integrity will be helped, but one who distorts right and wrong will suddenly fall.’”

He goes on to say that many in our society and in the media do seem to be opposed to Christians and to the issues important to us, but nevertheless, “this doesn’t mean that we should be so desperate to find stories to prop up our view that we indiscriminately accept anything that supports the person that we like (or disparages the person we do not). We should be those who seek truth no matter what.

Christian, if you post fake facts, you reflect on the faith—and that’s bad for the gospel and it hinders the mission.”

So, as you seek to engage the world with the truth of the gospel and of Jesus, remember that the truth is something we are entrusted with to defend and protect, but we should do so with integrity and trust that bending the facts for the ultimate goal will not help our cause in the end.

As Ross states, “God, and therefore truth, will never go away, and never die. But God or even the truth can be ‘killed’ when we stop desiring actually to know God and know the truth, because we would rather accept the “facts” that support our claims, our desires or wants—even if we wrap up those desires in a spiritual guise.”