Why It's Okay to Have Doubts in the Christian Life 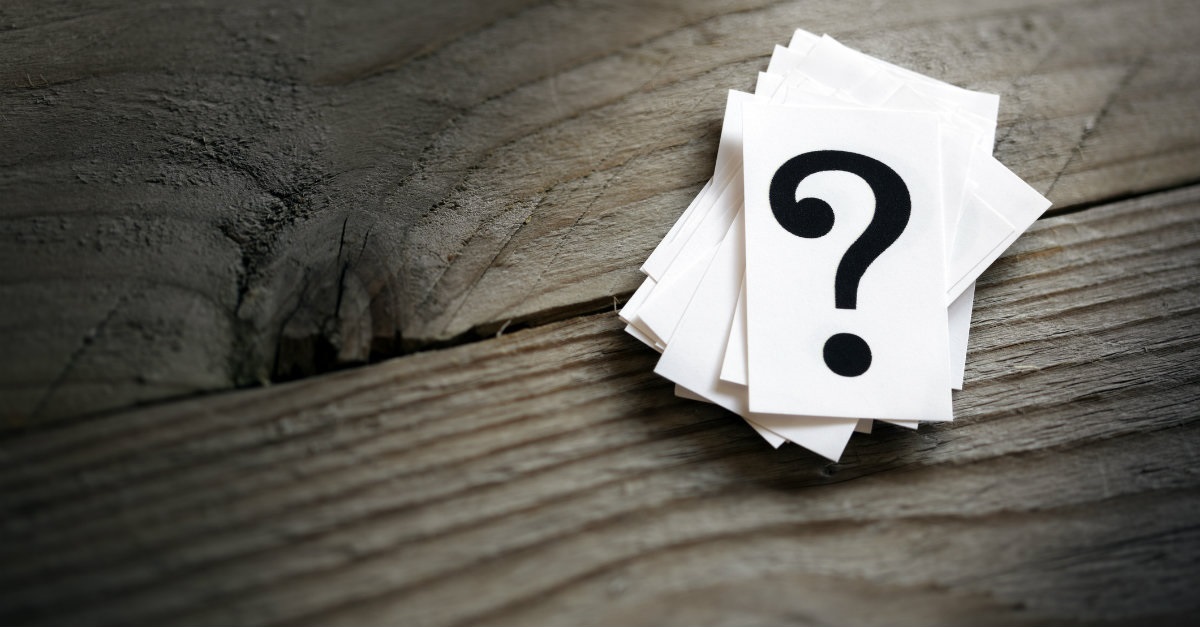 Doubt is often viewed as a negative thing in the Christian life. As Christians, we stress having faith in God and trusting Him, and doubting seems to be the antithesis of this faith and trust.

Not all doubt, however, is bad or even harmful to our faith. On the contrary, how we handle seasons of doubt can actually draw us toward deeper faith in God.

This is what author Paul Copan discusses in his article “Learn How (Not) To Doubt” for The Gospel Coalition.

Copan reminds us of two types of doubt the Bible talks about. One is in James 1:8 and involves being “double-minded” and “unstable.”

“James condemns a mindset of divided loyalty between God and the world—a spiritual adultery,” writes Copan. Of course we want to steer clear of this kind of doubt.

There are other places in the Bible, however, which speak to how Christians are to deal with seasons of doubt which will inevitably come.

In Jude 22, God’s people are instructed to “Be merciful to those who doubt” or to “show mercy to those whose faith is wavering.”

God created our minds and hearts and knows that we will experience times of doubt.

Experiencing these times of searching and questioning can be opportunities for us to push deeper into our understanding of the Lord.

“God doesn’t rebuke saints for honest inner struggles, questions, and emotions. Indeed, even amid our doubts and darkness we can show forth God’s presence through faithful living,” writes Copan.

Copan goes on to offer three reminders for when we are in a season of doubt.

First, we often think that, in order to believe something, we have to be 100 percent certain about it.

Copan notes that even most philosophers do not operate on the idea of absolute certainty. “This absolute-certainty demand—which no one truly follows—is itself questionable: How do we know with 100 percent certainty that knowledge requires 100 percent certainty? It’s a phony criterion that can’t sustain itself.”

There are many strong points that can be supported with sound reasoning and evidence for the belief in Christ, in the Bible, in a loving God, etc., but we shouldn’t place the burden on ourselves of being 100 percent confident in these truths twenty-four-seven. It is human to doubt.

Secondly, we often equate proof of God’s existence, of His authoring the Bible, of His being involved in our lives, etc. with science alone.

Although such debates as Creation vs. Evolution are certainly important, it is actually, as Copan notes, a “faulty philosophy” to affirm that science is the ultimate source of knowledge.

“The Christian faith is science-friendly, and we can find supports in science….But insisting that only science can give us knowledge is both arbitrary and self-contradictory,” writes Copan. In this view, instead of using science as a tool, we can tend to make science an idol--what Copan terms “Scientism.”

Thirdly, and perhaps most relevant of all for the Christian who is experiencing a time of doubt, why do we allow ourselves to have double standards?

“Why do we give more weight to our doubts than to our beliefs and even convictions? Why don’t we doubt our doubts? Why assume doubting is somehow ‘smarter’ than belief?” asks Copan.

Though they may start small, doubts often turn into a nagging presence that threatens to turn our entire belief system on its head. The problem is, we often give them more power than they deserve. We are people with finite understanding living in fallen world--there will be things that don’t make sense and that we must grapple with, but this shouldn’t undermine what Christ has shown us to be true.

In times of doubt, may you be encouraged to reflect on the ways God has shown Himself to be true and may you not be afraid to face your questions and so deepen your relationship with Him.