Freeing yourself was one thing, claiming ownership over that freed self was another.  – Toni Morrison

Chuck Swindoll, in his book The Grace Awakening, talks about the fact that the Emancipation Proclamation came down January 1, 1863, but the constitutional amendment didn’t take effect until December 18, 1865, when newspapers in the South ran the headline:

Right there in print, it said slaves were now free to live. Yet, a strange thing happened: The vast majority of slaves in the South, who were legally free, continued to live as slaves.

A similar thing happened in the Bible. The Lord had set Lot’s family free from the destruction that was coming upon their town. They were headed to the mountains – the high places – a symbol of intimacy and nearness to God.

But Lot’s wife wasn’t sure about her freedom. She looked back over her shoulder, wondering about the place behind her. And she vanished into a pillar of salt.

I’ve always wondered – why salt? In those times, military strategies included the scattering of salt. After a city had been destroyed, armies would engage in what’s known as “salting the earth.” It was a ritual of spreading salt over the land of the destroyed city, to symbolize it was a place no one should reinhabit.

There is no need to look over your shoulder to the past behind you. The past is no place to live.

You have been set free. Live free.

God, You have set me free. Let the knowledge of this freedom flow down into my heart so that it will change everything. Let my freedom be not only a declaration, but a way of life. Walk before me, for my eyes can’t help but follow You – I am so enthralled with You and where You are taking me. Surely, then, as You go with me today, fix my eyes on You, so that I will not look back. Amen. 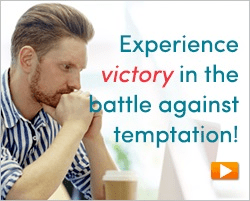