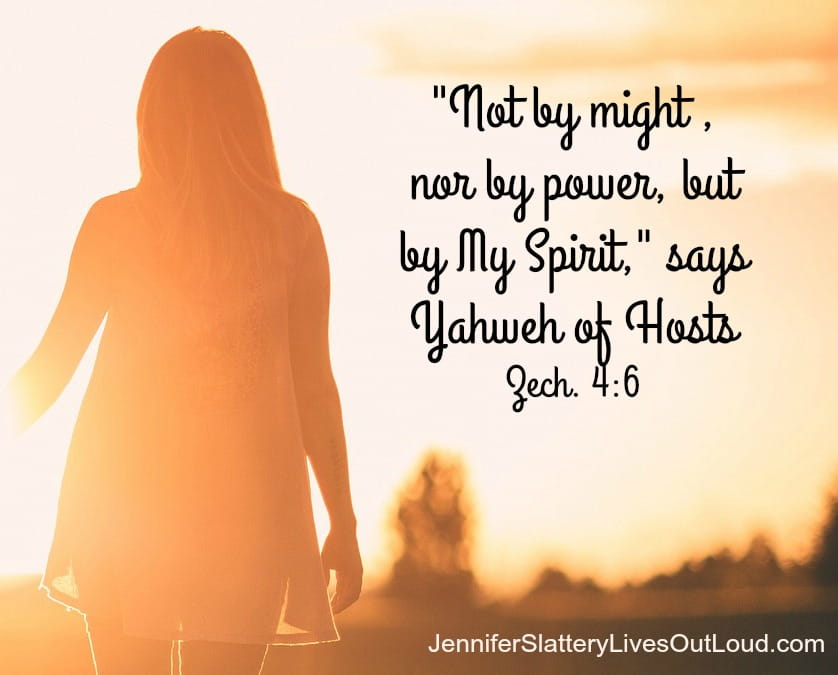 Christian, are you growing cobwebs? Are you spending so much time praying for clarification, you’ve barricaded yourself permanently in your prayer closet?

In other words, has your caution turned to fear, and has that fear begun to overshadow your faith?

Be careful not to view divine opportunities through a human lens tinted by human limitations. The Christian life isn’t about our abilities or failings, our strengths or weaknesses. Instead, it’s about saying yes to a mighty God who longs to work, with power, through us.

Consider preacher and evangelist John Wesley. During the age of rationalism, he traveled over 200,000 miles on horseback to preach 42,000 sermons. He wrote 200 books and built a chapel.

Then there’s Charles Spurgeon. He gave enough sermons and wrote enough material to fill 200 large books. And what about the works of CS Lewis, Martin Luther, Tyndale, and Wycliffe?

Were these men super Christians? Did they have more of God?

God is the same yesterday, today and tomorrow. He created the universe in all of its vastness and intricacies. 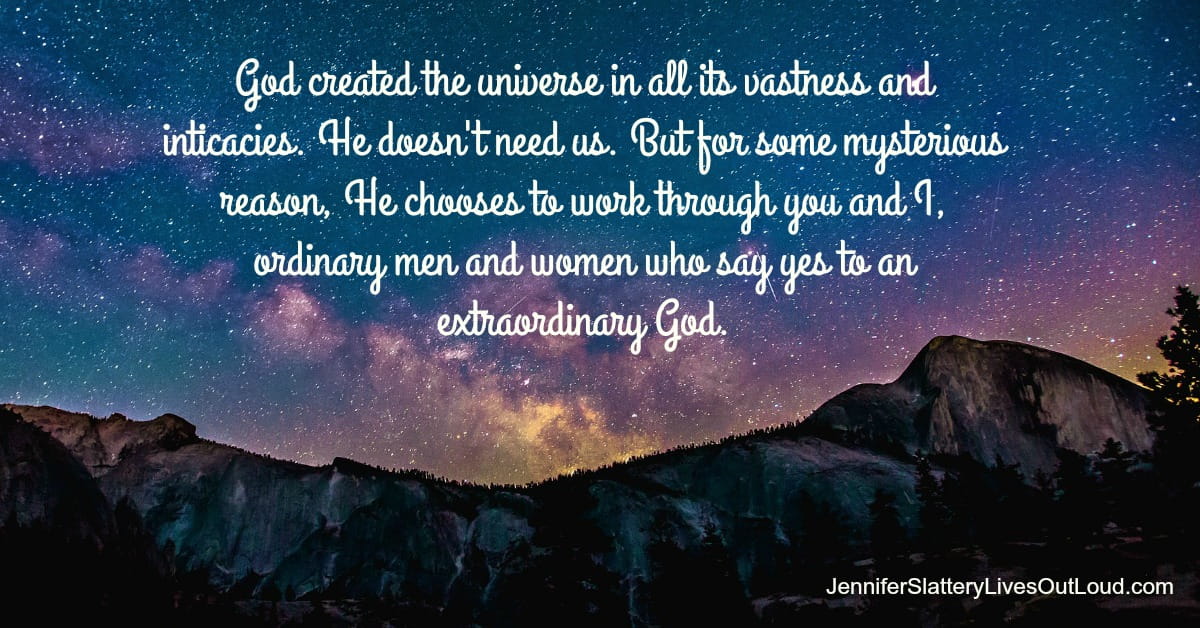 Honestly, He doesn’t need us. If He chose, He could breathe life into stone and make it the world’s greatest orator. For some mysterious reason He has chosen to work through you and I. Not superhuman Christians, but instead ordinary men and women surrendered to the call and trusting in Him.

The question is not can we accomplish A or B but will we allow God to accomplish it through us?

Looking at ourselves—our circumstances and shortcomings, this can be hard to believe. But that’s not where our focus should be anyway.

Consider some of the biblical heroes of the faith. A murderer named Moses, standing on the edge of a raging sea, an entire nation looking to him for protection as armed Egyptians rapidly approached.

Did his knees tremble? Were his thoughts fixed on how ill-equipped and outnumbered he was? Or was he too busy praying, seeking God’s hand?

Then there was the young boy named David who fought a tyrannical giant with nothing but a slingshot and some stones. So in love with his God and countrymen, he gave no thought of his small, untrained stature.

Then there were the people of Israel called to take a fortified city, but not by fighting or outwitting their opponents. Simply marching and trusting, then marching some more, until, in God’s timing, the walls crumbled to the ground.

What would have happened, had Moses refused to lead God’s people? If David remained in the fields, and the Israelites remained in their camp when God told them to go? 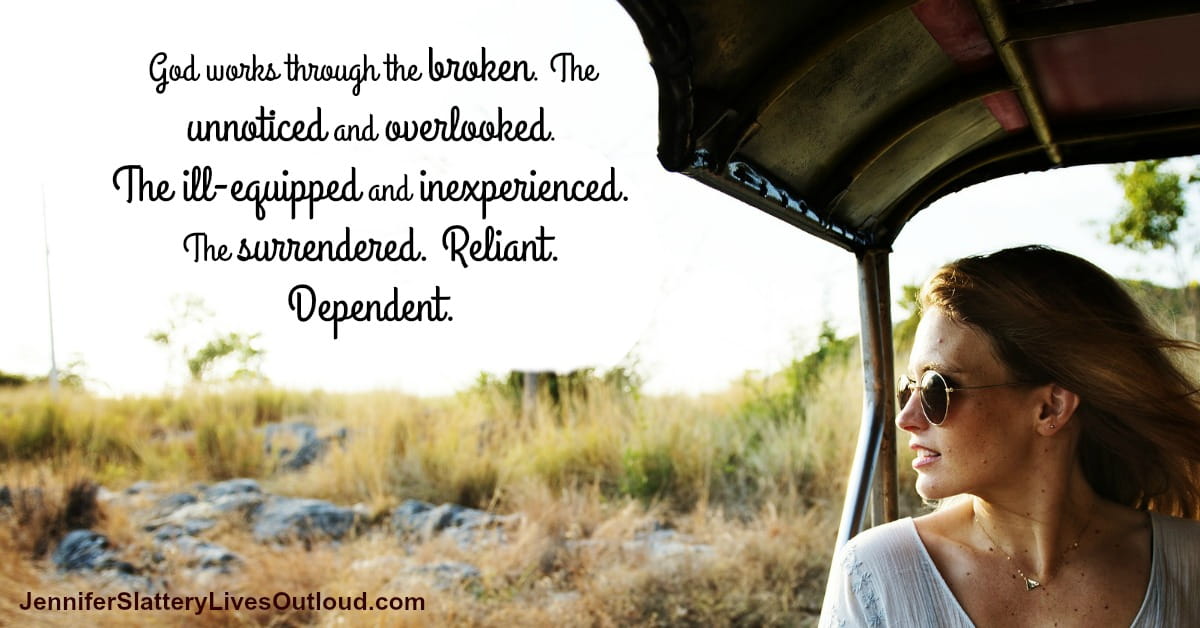 Those stories—of defeat, cowardice, and rebellion—were never written. Tales of victory were instead. Victory wrought when ordinary men and women relied on an all-powerful, victorious God.

The same God who calls out to us today, “Go.”

Imagine what might happen, how many lives might be changed, how many families and communities restored, if we answered, “Here am I, Lord! Send me!”

Where are you at today? What is God calling you to? Do you trust Him enough to obey?

Share your thoughts and experiences with us in the comments below, because we can all learn from and encourage each other.

Visit Jennifer's devotional blog (HERE) for more inspiring messages and sign up for her free quarterly newsletter to receive great content, free, sent directly to your inbox. You can do so HERE.