Life as a Sheep 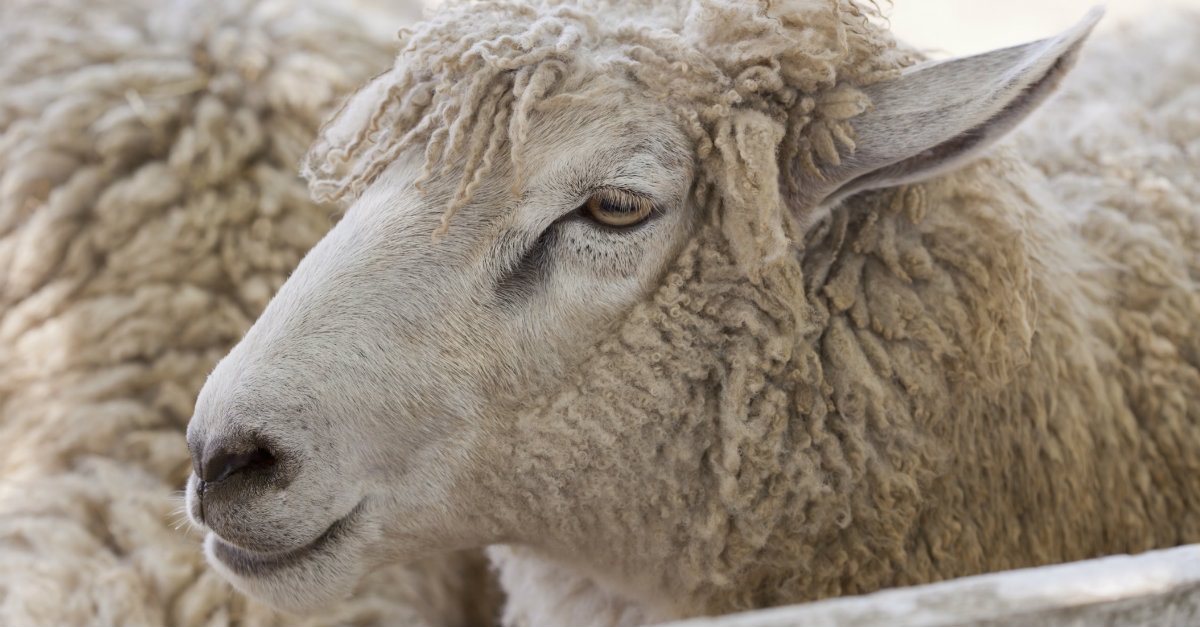 Acknowledge that the Lord is God! He made us, and we are his. We are his people, the sheep of his pasture. Psalm 100:3

Over the last few years, my younger son, Cole, has been heavily involved in the national FFA organization. The mission of the FFA organization is to make a positive difference in the lives of students by developing their potential for premier leadership, personal growth and career success through agricultural education (ffa.org).

Cole has learned and grown so much through his involvement in FFA, and he has made some incredible friends. He has learned leadership and character and responsibility.

And he has learned so much about agriculture.

One of the primary activities in FFA is showing animals. You purchase a young animal and learn to care for it, feed it, nurture it, and train it. As the animal grows, you take it to shows. The FFA community is so supportive, and the students are always rewarded for their hard work and dedication.

Showing animals is a time-consuming activity. Over the last two years, Cole has chosen to raise show pigs. Twice a day for four months, you must feed your animal, walk your animal, clean the pen. Your life revolves around your animal.

I’ve grown to have a love-hate relationship with pigs. But the funny thing is, I always think about the prodigal son slopping the pigs when we feed pigs. Always a biblical lesson.

This year, however, Cole opted to show sheep instead of pigs. He wasn’t sure what to expect with sheep, but we are now seven months into this adventure …and we still have two full months to go.

I must admit that—while overwhelmed with the thought of caring for two sheep for ten months—I was somewhat intrigued about what I would learn along the way. God calls us His sheep, so I was curious what characteristics sheep have that would make God to compare us to the animal.

Now, every time we head to the school, I hear God saying, “Feed my sheep.”

It’s a biblical mandate, a reminder every day, to care for and nurture others, to share the gospel with those around me.

But, more than that, I’ve learned a few things about sheep, about us as God’s people. Here’s what I have learned as I watch Cole with his sheep.

Sheep are stupid. There was a Christian comedian years ago who frequently said, “Sheep are stupid.” It’s been interesting to watch Cole attempt to train these creatures. Pigs are highly intelligent animals; sheep…not so much.

I’ve gone to help Cole a few times, and I’m always amazed how they refuse to let us take off their muzzles so they can eat. They jump around like wild creatures, fighting against us even though we are there to care for them. And, if we would let them, they would most definitely wander away from us, from the safety of their sheepfold.

And maybe they aren’t just stupid; maybe they are just stubborn. They want their way even when they know our hearts are good toward them, even though they know we will care for their every need.

He will feed his flock like a shepherd. He will carry the lambs in his arms, holding them close to his heart. He will gently lead the mother sheep with their young. Isaiah 40:11

Doesn’t that sound like the Israelites? They crossed through the Red Sea on dry ground, watched God do away with all their enemies. They knew firsthand His goodness, His love, His faithfulness to care for every need.

And immediately they began grumbling against Him, complaining because they didn’t have the rich foods of Egypt. They forgot how He took care of them, how He promised never to leave them nor forsake them. And they fought against His good plan for them.

Isn’t that what we still do today? We experience Him, His goodness and grace, only to quickly forget His tender mercies toward us.

I’m so glad the Good Shepherd never leaves us lost and alone but always comes after His sheep.

I have wandered away like a lost sheep; come and find me, for I have not forgotten your commands. Psalm 119:176

The sheep know us. One of the most fascinating aspects of raising sheep has been how quickly they came to know their “shepherd.” Cole had only met his sheep a couple of times when I first went with him. The minute those baby lambs saw him, they started jumping and bleeting. There are multiple sheep, but it was only Cole’s sheep that became excited when he showed up. The other sheep remained calm.

God tells us that His children, His sheep, know His voice. They chase after Him, seeking His protection and provision. Only those who truly know the Good Shepherd will recognize Him for who He is.

I guess the question becomes do we listen to the sweet voice of the Shepherd? We may know the voice, but do we obey it? Do we come running when that sweet voice whispers our name, calls us to Him so He can lead us out to green pastures?

Maybe we, as His sheep, need to take a moment to reassess our ears, to make sure we know and obey the Shepherd.

The gatekeeper opens the gate for him, and the sheep recognize his voice and come to him. He calls his own sheep by name and leads them out. John 10:3

Sheep clean up well. Cole had a show this weekend, and it was the first time I saw his sheep after they had been sheared and bathed. I was amazed at the transformation! They didn’t even look like the same animals.

Isn’t that what our Savior does with us? He calls us by name, leads us to green pastures, and then he cleans us up. He washes away our sins and prunes us of anything that would keep us from reflecting His character. He changes us, gives us a new name, a new nature.

When He is finished with us, we are clean, and we don’t even resemble our old selves.

This means that anyone who belongs to Christ has become a new person. The old life is gone; a new life has begun! 2 Corinthians 5:17

What about you? Are you living like a sheep, one who knows the shepherd? Are you listening to His voice, allowing Him to lead you to green pastures? Or are you like the stubborn sheep who quickly forget His tender mercies and so quickly wander away, choose to grumble and complain in spite of His provision.

I am the good shepherd; I know my own sheep, and they know me, just as my Father knows me and I know the Father. So I sacrifice my life for the sheep. John 10:14-15