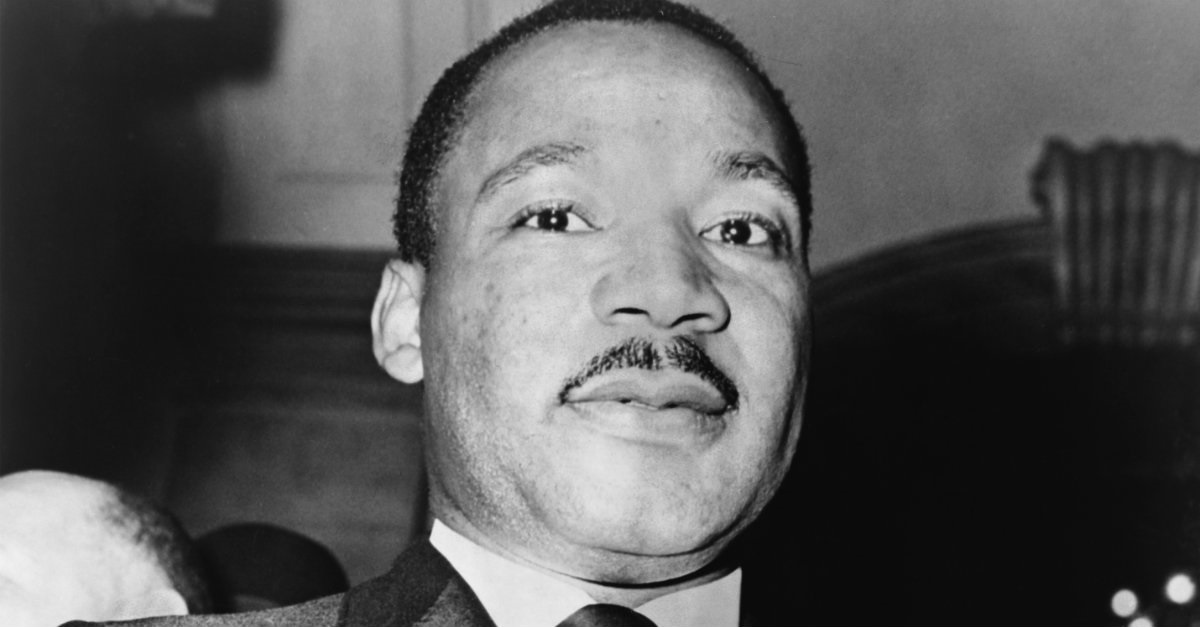 Today is Martin Luther King Jr. Day – a time we celebrate the life and faith of a man who shaped the Civil Rights movement through his inspiring words and deeds.

I first learned about Dr. King in the fifth grade. My teacher was a brilliant woman by the name of Mrs. Janet Williams, and she had a passion for history. Mrs. Williams taught us all about the Civil Rights Movement; the Freedom Riders, Ruby Bridges, the Greensboro Sit-Ins, the Little Rock Nine, and the countless other brave men and women who risked their lives to bring about racial equality. Above all though, she made sure to teach us about the work of Dr. Martin Luther King Jr. As a kid, I can remember being fascinated with King’s bravery and leadership, the courage it must have taken to stand against such reckless hate. It was only much later (long after I had graduated) that I realized, despite everything I knew about Dr. King, I had never actually read anything by him.

It seems I’m not the only one either. Today, many people will rush to social media and post quotes by Martin Luther King Jr. without ever having read his larger works. This is a shame, especially given the rising level of racial tension in our nation today. So, instead of simply sharing a small quote by Dr. King, why not go the extra mile and read something by him? Below are just a few great pieces to get you started!

“…I am in Birmingham because injustice is here. Just as the prophets of the eighth century B.C. left their villages and carried their ‘thus saith the Lord’ far beyond the boundaries of their home towns, and just as the Apostle Paul left his village of Tarsus and carried the gospel of Jesus Christ to the far corners of the Greco-Roman world, so am I compelled to carry the gospel of freedom beyond my own home town. Like Paul, I must constantly respond to the Macedonian call for aid.”

The Letter from Birmingham Jail was an open letter written by King on April 16, 1963. The letter was a response to several Christian leaders who had criticized King’s protests and his willingness to break unjust laws. Undeterred, King responded by defending his nonviolent resistance to racism while calling readers to step off the sidelines. The letter has since become one of the most important documents from the American Civil Rights Movement.

The Three Dimensions of a Complete Life

In this sermon, delivered at New Covenant Baptist Church in Chicago, Dr. King reflects of the aspects of a complete life. Notably, he focuses on the qualities of self-acceptance, loving your neighbor, and striving to know God. Throughout the lesson, King weaves in personal examples from his years of standing against racial segregation. It is a moving and deeply spiritual piece, one which reminds readers how faith is more than simple belief, it is a life lived.

I Have A Dream

Many people are familiar with Martin Luther King Jr’s I Have a Dream speech. It is, arguably, the most famous piece of Civil Rights history. Still, the speech is worth revisiting again and again, not only for the powerful message it contains but for the spirit with which King imbues it. I Have A Dream encapsulates the greatest hope all humans strive for; that one day we can join hands in true brotherhood. It is a stirring speech which continues to inspire listeners amidst our modern trials, and I deeply hope it does the same for you today.