It is human nature to prefer the company of people just like you. Your tribe is a powerful organizing force. Much of the time this isn’t a bad thing—professional associations, moms’ playgroups, and sports activities thrive on people’s similar needs and abilities.

It becomes a problem, however, when congregations are so homogeneous that outsiders can’t break in and when the “club” members in the holy huddle don’t know how to appeal to outsiders. Worse—maybe they don’t even want to.

Social groups, churches included, don’t want to change if they don’t have to. It’s an ancient problem, and only clear and determined leadership will change things. “Now those who had been scattered by the persecution in connection with Stephen traveled as far as Phoenicia, Cyprus and Antioch, telling the message only to Jews. Some of them, however, men from Cyprus and Cyrene, went to Antioch and began to speak to Greeks also, telling them the good news about the Lord Jesus. The Lord’s hand was with them, and a great number of people believed and turned to the Lord” (Acts 11:19-21).

These unnamed men—from a Mediterranean island and from North Africa—helped build a racially and socially inclusive congregation in Antioch. May their tribe increase—the church today desperately needs congregations that know how to and want to reach out to people not like them. 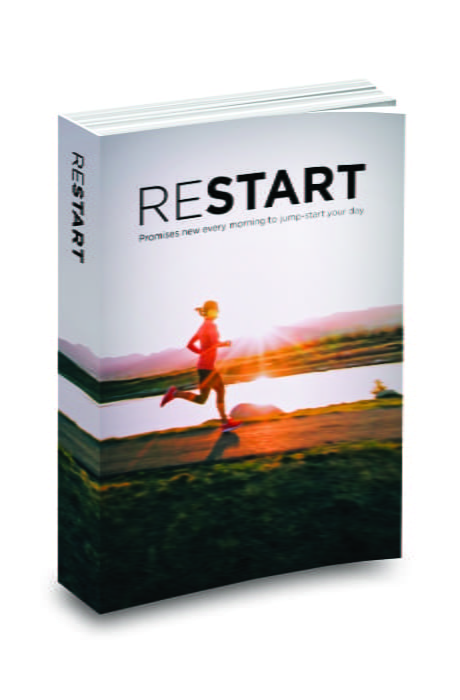 We want to help you get the restart you need in 2018 by sending you our 365-day devotional book, Restart: Promises New Every Morning to Jump-Start Your Day.

As you immerse yourself in these daily devotions, you’ll gain a whole new perspective on God’s foundational promises—and grow in wisdom, forgiveness, reassurance, spiritual insight, and strength.

Get your copy today!