If I were to ask believers for their favorite Bible stories, I suspect a few would rise to the top: David and Goliath, Daniel and the Lion’s Den … Abraham and Isaac. We love to hear stories of valliant men and women following God with unhindered obedience. If only we had their courage and unwavering faith!

But I can’t help but wonder what happened in the “back story.” Were these heroes of old always gallant or was courage learned through experience? 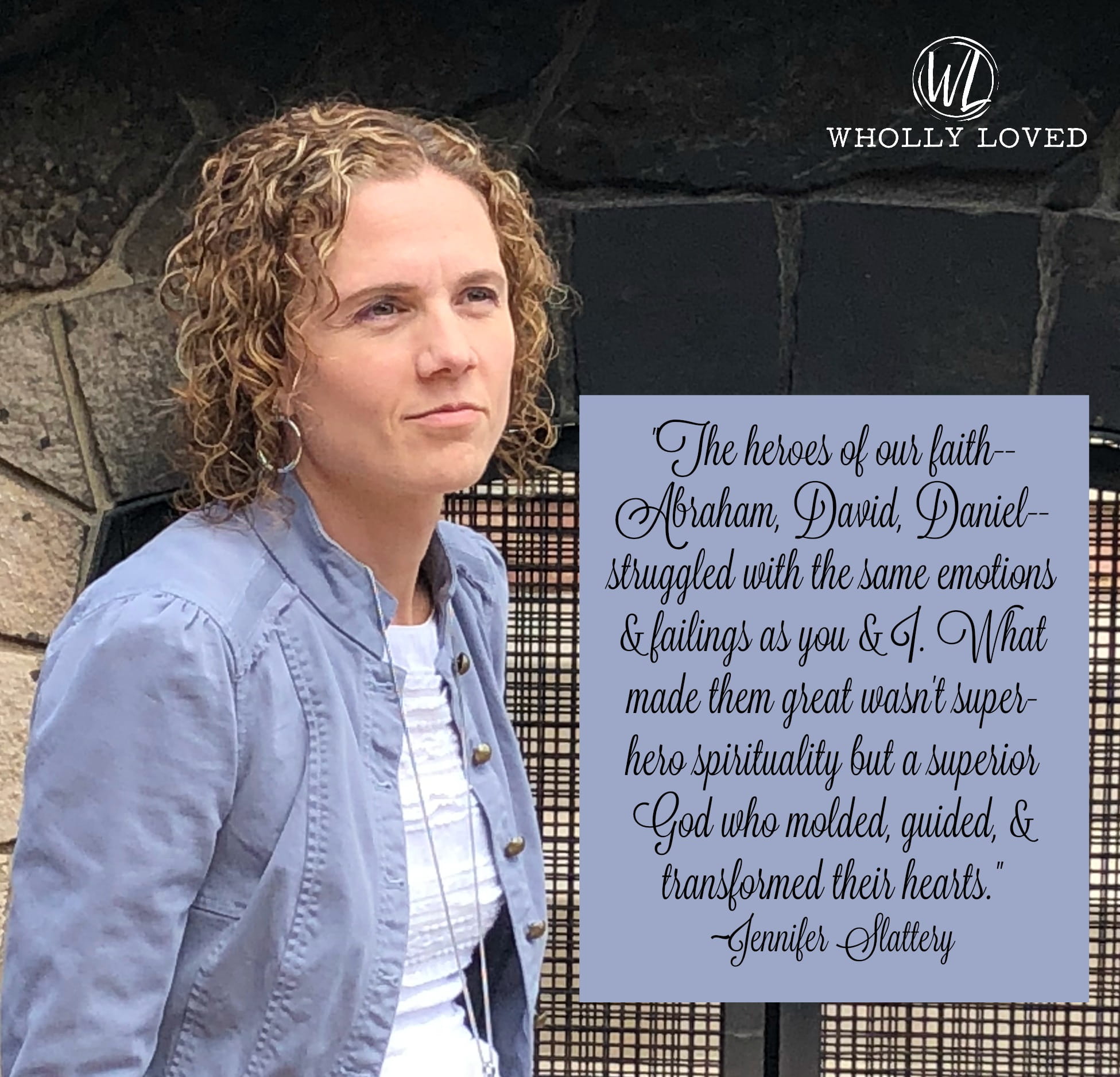 These Bible heroes were human and likely struggled with the same emotions as you and I--fear, sadness, anger, discouragement. What made them great wasn’t their super-human spirituality, but instead, a superior God who continued to mold, guide, strengthen and transform their hearts.

Consider Abraham. I’m tempted to start and end his story on Mount Moriah, where God tested Abraham’s faith and Abraham remained faithful, but if I skip over his times of struggle, I miss out on crucial growth steps.

In Genesis chapter 12, God promised to bless Abraham (called Abram) and birth from him a nation. God repeats the blessing once Abraham arrives in Canaan, but with more details: Abraham’s descendants will inherit a chunk of land. Only Abraham and Sarah don’t have any children. Therefore God must grant them kids in order to make good on His promise.

But a few verses later, upon reaching Egypt, Abram feared for his life.

Faith would say, “God promised to bless me. He said I’d have offspring. Dead men don’t have children, therefore, God will protect me and my wife in this foreign land.”

That wasn’t his response. Fear took hold instead which led to self-reliance.

Abraham came up with a plan.

Before entering Egypt, Abraham told Sarah, “I know what a beautiful woman you are. When the Egyptians see you, they will say, ‘This is his wife.’ Then they will kill me but will let you live. Say you are my sister, so that I will be treated well for your sake and my life will be spared because of you” (Genesis 12:11-12, NIV).

And what happens when we allow fear to control us? We make a mess! And that’s exactly what Abram did. Abram betrayed Sarai, left her defenseless, and the Pharaoh took her into his haram.

But God showed up.

Scripture says, “But the LORD inflicted serious diseases on Pharaoh and his household because of Abram’s wife Sarai” (Genesis 12:17, NIV).

So Pharaoh tossed them out—showering Abram with gifts in the process.

So, Abraham took Sarah, and his riches acquired in Egypt, and moved on. God was gracious, and in Genesis 15, repeated the blessing, but with more details this time, telling Abraham his child will be his own flesh and blood.

By this point, God spoke to Abraham on three separate occasions, promising to bless him, protect him, and give him a son. And Abraham believed God … at least, during the miraculous moment when God spoke.

But notice what happened in the very next chapter:

“Now Sarai, Abram’s wife, had borne him no children. But she had an Egyptian slave named Hagar; so she said to Abram, ‘The LORD has kept me from having children. Go, sleep with my slave; perhaps I can build a family through her.’ Abram agreed to what Sarai said. … He slept with Hagar, and she conceived” (Genesis 16:1-2).

God promised Abraham a son. Abraham was married to Sarah. Sarah remained barren, so Abraham decides he needed to help God out … again. The result? Another mess. Tension filled the home, to the point that Abraham sent his own son, his firstborn, and Hagar away.

By the time we join Abraham on Mount Moriah, he and God have quite a history. Time and again, God promised to bless Abraham, yet when difficulties arose, fear and self-reliance took hold. And each time, Abram’s actions created chaos and pain.

I’m thinking by the time God asked Abraham to sacrifice Isaac, he’d finally learned that God’s ways are indeed better than any “solution” his finite mind can construct.

In other words, Abraham’s faith grew through experience—and ironically, failure, as he watched God show up 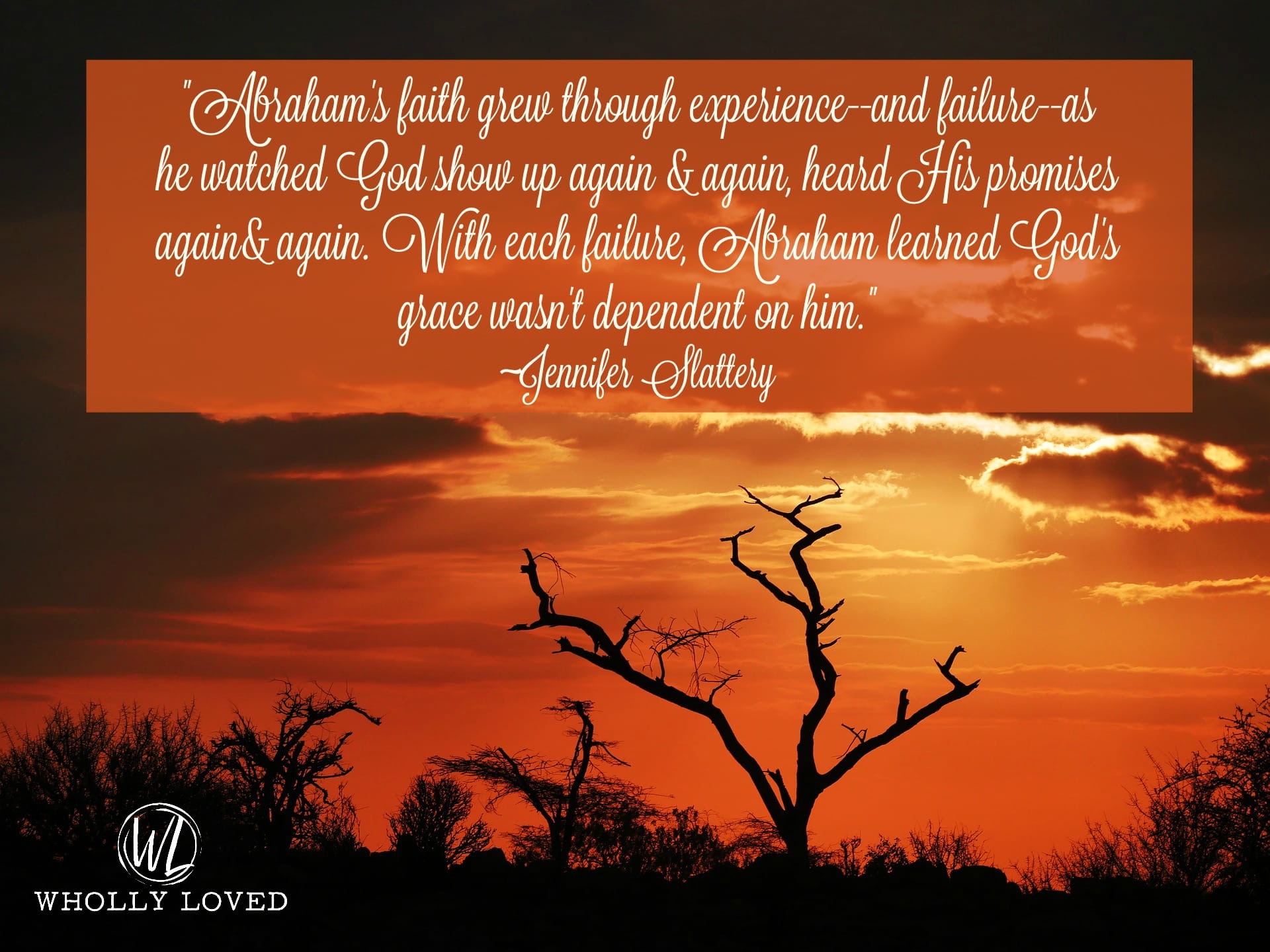 The same is true for us. Faith starts when we reach the end of ourselves and realize we’re incapable of going it alone. When we’re tired of creating messes and living enslaved to fear.

It’s hard to have unshakable faith straight out of the gate, but as we walk with God, He shows us day after day and year after year that He is good, loving, powerful, and wise. Then, when new difficulties arise, we can remember His faithfulness in our pat and draw courage from that.

Are you struggling with fear? God wants to replace your fear with unshakable faith. Spend time in His presence and remember times He’s proven Himself faithful in the past.