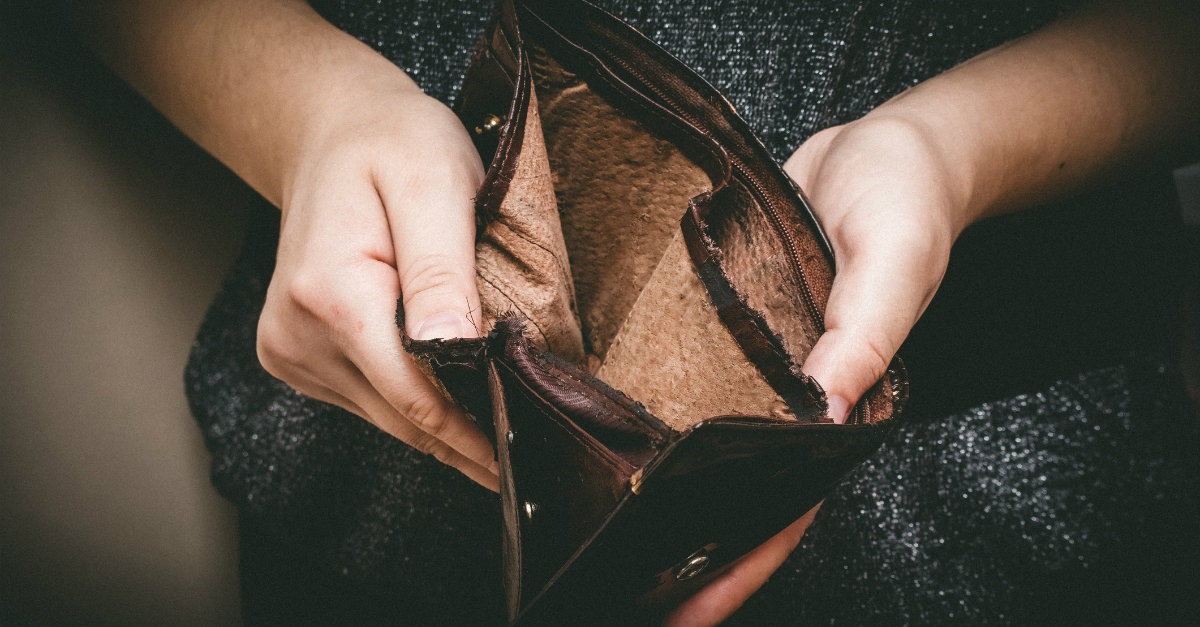 This is a risky thing to write. I’m well aware that what is a great salary for one person would be considered starvation wages for another. But perhaps it’s a story worth telling.

I’m in my ninth year of retirement now and can look back at some scary moments and see the hand of the Lord at work in dramatic fashion.

“Do preachers ever go to a church that pays less?” people ask. Sure. They do it all the time. In one sense that’s what I did. In another sense, it’s not even close.

First, this is nearly 30 years ago–1989-90–so I assume it’s safe to talk about it now. I’d been at a large church for a short three-plus years and due to a conflict in the church–one not involving me but which drew me in and made me a target–a mediator recommended I leave. I took a one-year paid leave of absence and walked away from that church. (This probably saved my life as the stress was killing me. But that’s for another time.)

So, for 12 months I continued drawing the 80k salary while being basically unemployed, although I was constantly ministering, holding revivals, conferences, and de-stressing. Then, just as the 12-month period was ending, the church to which the Lord led me–in no uncertain terms, let me say–called me as pastor and offered the lower salary.

The church was recovering from a split eight months earlier that left half the congregation with all the debt. Over half the income was required just to meet the mortgage payment. So, the 48k was as much as they could afford.

Downsizing can be really tough. And the living expenses in New Orleans (our new home) were no less demanding than in Charlotte, North Carolina (our former home). How would we be able to make it on the lower income? We honestly did not know. But we were willing to do this on faith.

–First, a wealthy couple joined our church and made a substantial contribution to pay the salary of an additional staff member for two years. They also supplemented my income for two years, at $12,000 annually. The expectation of all of us was that at the end of that period, the church would be able to pick up the difference financially.

That did not happen. Our membership was highly transient and while we gained a lot of members, we lost just as many. So the income did not grow. At the end of two years, a longtime staff member retired, so the new minister on staff began receiving the salary he had been receiving. But what about the 12k supplement for the pastor?

–Just as the 24 months were ending, a faithful church member came into a good bit of money and gave the tithe to the church. His gift was enough to pay off the balance on a building the church had bought some years earlier, and to cover my $12k supplement for another two years.

Whew. You can believe my wife and I were relieved and grateful.

Then, at the end of that two years–four years in all–the church was able to increase my income to the $60,000. It was still 20k less than what I’d been making in North Carolina, but we were able to live comfortably on it. (We had had a wonderful period of growth and the church income was exceeding the budget, even right through the summertime, almost unheard of.)

Therefore, the church was able to afford the addition to our salary. The finance committee and deacons had been kept informed of this and brought the recommendation to the congregation.

And wouldn’t you know–some members complained to high heaven. “What do you mean we’re giving the pastor a 25 percent raise?” “Whoever heard of such a thing?” Nevermind that the congregation was now well able to do this or that I had not had a raise in salary for going back nearly 10 years.

The financial leadership of the church, well-informed as to my situation, came to me with a request. “Pastor, we need you to go before the church and explain your financial situation–what you were making in Charlotte, what you came here for, etc., to the people. We think if they are aware of it, they’ll be supportive.”

So one Sunday night, I took 15 minutes to open up my financial books to the membership. I began by saying, “There’s not a person here who would enjoy standing before 200 people and telling everyone what he is making, what his financial situation is, and what he is dealing with economically. And yet, the finance committee has asked me to do that. And I will.”

At the end, I said to them, “It is true that I am being given a 25 percent increase in salary. But in another sense, I’ll still be $20,000 below what I was making five years ago.”

I said, “I have not enjoyed doing this. No one here would enjoy doing this, and no pastor should have to. You should trust your finance committee to work these things out with the pastors. Please don’t ever ask me to do it again.”

They responded with a standing ovation. And the congregation agreed they would never again ask the pastor to do such a thing.

Trust. It’s an essential part of church membership and leadership. No congregation should try to conduct its business on the floor of a business meeting, but should elect faithful men and women to do these things carefully, unrushed, and in confidence.