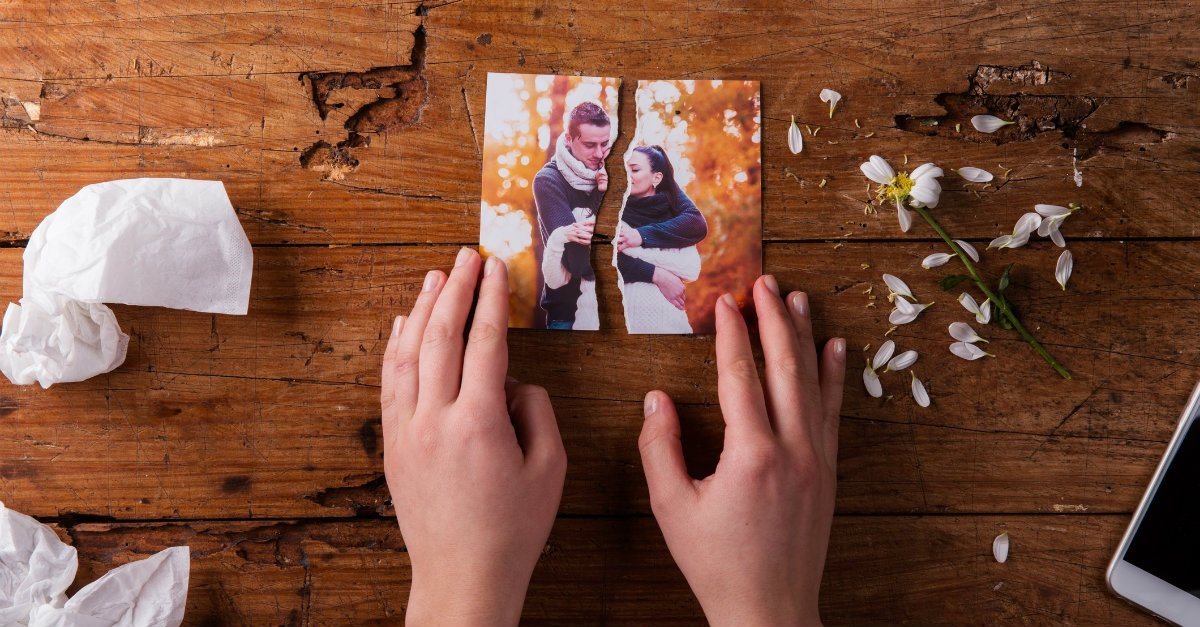 This week, I read an article about ten sins Christians choose to overlook. I was curious about the author’s take, always looking for ways to measure my life against scripture. Honestly, I don’t remember any of the sins…except one:

My heart sank as I read those words, as I realized this particular author sees divorce as some sin the Church and/or Christians are overlooking. In her eyes, Christians aren’t dealing harshly enough with the sin of divorce. She says Christians no longer see divorce as a last resort and have diminished the consequences.

Sadly, as a divorced Christian, I have to disagree.

Most divorced Christians I know didn’t want the divorce. They spend years agonizing over the decision, begging God to fix their marriages. They have suffered tremendous judgement at the hands of other Christians. They certainly didn’t take their vows lightly, and they would have done anything to save their marriage. They understood the consequences, and that’s why they stayed in a sick, dysfunctional marriage as long as they did.

I wish my ministry was not one that sometimes has to say divorce is the answer.

My inbox is filled with emails from Christians agonizing over marriages that are sick and dysfunctional, marriages rocked by adultery, addiction, abuse. Even with the never-ending cycle of pain these issues bring into a marriage, good Christians everywhere agonize over how they can leave their marriages, break their vows, disappoint the God who hates divorce. They stay way longer than they should, long past the point of safety.

Most Christians definitely do not fail to see the consequences, the seriousness of the decision.

As I reflected on the author’s words, I began to think of so many lessons God has taught me through my divorce and the journey to healing…the journey to redemption. Here are three things I want you to know about divorce.

Divorce always involves sin, but divorce itself is not always a sin. I’ve said it many times before: divorce does not take two…divorce only requires one hardened heart to turn against God and against his/her vows.

There are six things the Lord hates—no, seven things he detests: haughty eyes, a lying tongue, hands that kill the innocent, a heart that plots evil, feet that race to do wrong, a false witness who pours out lies, a person who sows discord in a family. Proverbs 6:16-19

These things God hates are such a perfect description of the abuse, adultery, and addictions destroying Christian families today. These actions are things God hates, things that break His heart. They are sins with dire consequences.

I was trapped in a dysfunctional marriage where lies were abundant (a lying tongue), unrepentant adultery flourished (feet that race to do wrong), and false accusations abounded (a false witness who pours out lies). These actions sowed all kinds of discord in our family.

But my decision to file for divorce was not a sin; it was only an acknowledgement of the vows my husband had broken. It was a legal way of ending our marriage, a marriage that had ended years before from the ongoing abuse and adultery. My decision to file for divorce only came after years of intense praying, of seeking God’s will, and a certainty that He was telling me to walk away.

Sin led to our divorce, but my decision to legally end my marriage was not sinful.

God hates divorce not because it’s some great sin, but because it breaks His daddy’s heart to see His children hurting so badly. People love to quote Malachi 2:14-16:

You cry out, “Why doesn’t the Lord accept my worship?” I’ll tell you why! Because the Lord witnessed the vows you and your wife made when you were young. But you have been unfaithful to her, though she remained your faithful partner, the wife of your marriage vows.

If you read the above passage, you see again the actions God hates: the mistreatment of a faithful spouse. When we look at the cultural context, we see that men were mistreating their wives and divorcing them for no reason (which was sinful). The author of Malachi was speaking of the mistreatment, telling the men to remember women were more than just a piece of property to be tossed aside at will, but instead were children of God to be valued and treated with respect. The passage is about elevating women to a place of equality rather than a piece of property to be used and abused.

And the line about God hating divorce? There’s actually a controversy around the translation of that phrase. Some believe the words should not be attributed to God at all. The CEB translates it this way: The Lord God All-Powerful of Israel hates anyone who is cruel enough to divorce his wife.

I have no doubt God hates divorce—as does anyone who has been forced to walk the painful journey. He looks down and sees the pain and widespread devastation. He sees the heartache it heaps upon His faithful children. And He mourns with us. He cries over our pain.

God does not require a divorced Christian to live a life of celibacy while praying for reconciliation. Did you know Moses originally allowed divorce as a way to protect women, to allow them the right to remarry?

Suppose a man marries a woman but she does not please him. Having discovered something wrong with her, he writes a document of divorce, hands it to her, and sends her away from his house. When she leaves his house, she is free to marry another man. Deuteronomy 24:1-2

However, many people take a single scripture from 1 Corinthians 7 and use it to claim divorced Christians should be forced to remain single.

Again, we have to look at the context of the passage. Corinth was a particularly godless city. At the city’s center was the temple of Aphrodite, the goddess of love. At the temple were thousands of prostitutes, and the church at Corinth was heavily influenced by the godless culture.

You cannot read 1 Corinthians 7 without taking the culture of Corinth into consideration. Paul even said as much later in the chapter:

Because of the present crisis… 1 Corinthians 7:26

The church was in crisis. Marriage was not being honored as a sacred vow within the church. Men and women were prostituting themselves. Sexual immorality was rampant in the city and in the church. God, through Paul, was telling Christians to honor their marriages, to stick it out and fight for the sacredness of marriage.

And that line about not remarrying? It is in direct conflict with a later verse.

The Word of God as a whole is about love and grace, about second chances. God is a God of forgiveness, of setting prisoners free. He is a God who redeems all things and brings beauty out of our broken lives. He is a God of forgiveness, a God who throws our sins as far as the east is from the west. He doesn’t punish a faithful spouse who suffered divorce because of the actions of his/her partner. To think God would condemn us to a life with no chance for redemption (a godly marriage) is to discount the grace He freely bestows on us.

I would have never chosen to be a voice for those devastated by divorce, but it is the ministry God has given me. If you are being beat up by the church, by Christians who want you to know you are somehow not enough, please choose to believe the Word of God. He says you are chosen, redeemed, valued. He says you are the apple of His eye, His masterpiece. And divorce does not change that.

You are enough simply because He says you are.