Coming Down the Homestretch: My 25-Year Plan 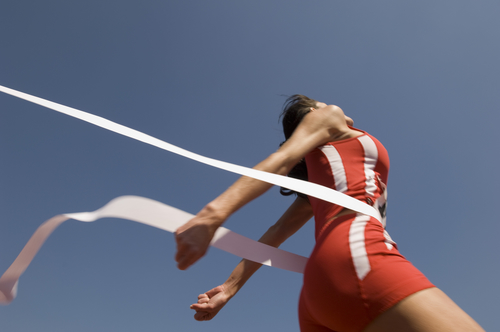 This project started because Mike Calhoun thought I needed to get my act together.

It happened like this. I was teaching at Word of Life Bible Institute in upstate New York in the dead of winter with a foot of snow on the ground. I flew in on Monday and got started Tuesday morning. After teaching for three hours, I went out to eat lunch with a few faculty members plus my longtime friend Mike Calhoun. I don’t remember much about lunch because I was tired and cold and not feeling well.

The next day I was having lunch in the Bollback Student Center when I happened to see Mike as we passed in the aisle. He was going one direction, and I was going the other. He greeted me and then said he had something to say to me. Mike and I have been friends for over 40 years. He can say anything he wants to me.

“Pritchard, I don’t want to hear you talking like you did yesterday.”

Because Mike is a true friend, I was not bothered when he said that. I guess I must have sounded a little too negative. Maybe I just kvetched a little too much. So he told me (cheerfully, but firmly) he didn’t want to hear that sort of thing from me anymore. Recently he had spoken with a famous pastor who is now in his 70s. That man asked Mike this simple question: “When are football games won or lost?” The answer is obvious. Almost every game is won or lost in the last few minutes of the fourth quarter. You can’t win the Super Bowl in the third quarter, but you can lose it in the third quarter. (This was just after Atlanta had blown that huge lead to Tom Brady and the New England Patriots.)

Mike leaned in (we were still in the aisle with students passing on both sides of us) and said, “Ray, you and I aren’t young anymore. We can’t kid ourselves. We’re down to the last few minutes of the fourth quarter. But the thing is, we don’t know exactly how much time we have. We don’t know if we have five minutes left, or three minutes, or maybe just 30 seconds.” Then he added, “We have to play like our whole life is on the line because it is. We don’t have time to complain about anything. Coaches tell players to ‘play through the whistle.’ That’s what we have to do. We’ve got to get in the game and play hard and fast because we know our time is short. If we do our part, soon enough the game will end, and the Lord will tell us the final score.”

I don’t think Mike knows how important those words were to me. I am 66 years old. I became a Christian 50 years ago. Marlene and I have been married for 44 years. Our three sons are all in their mid-to-late 30s. Our oldest son turns 40 in November. In one sense, as I think about my own life, the hay is mostly in the barn. Now to be sure, I don’t feel old every day, but you can’t deny the passage of time. Mostly I feel the loss of energy. When I was 30, my energy seemed like an inexhaustible well. Today it feels like a balloon that has sprung a leak. I’ve got energy, but not nearly what I had ten years ago. It goes out quicker, and it takes longer to blow up the balloon.

All of this may be of only passing interest, but I think it’s wise to ponder where you are in the “race of life.” I made the first turn decades ago, and I ran the backstretch twenty years ago. Not too long ago, I made the final turn. I’m coming down the homestretch. As I peer into the fog, I can’t see the finish line, but I know it’s somewhere in front of me.