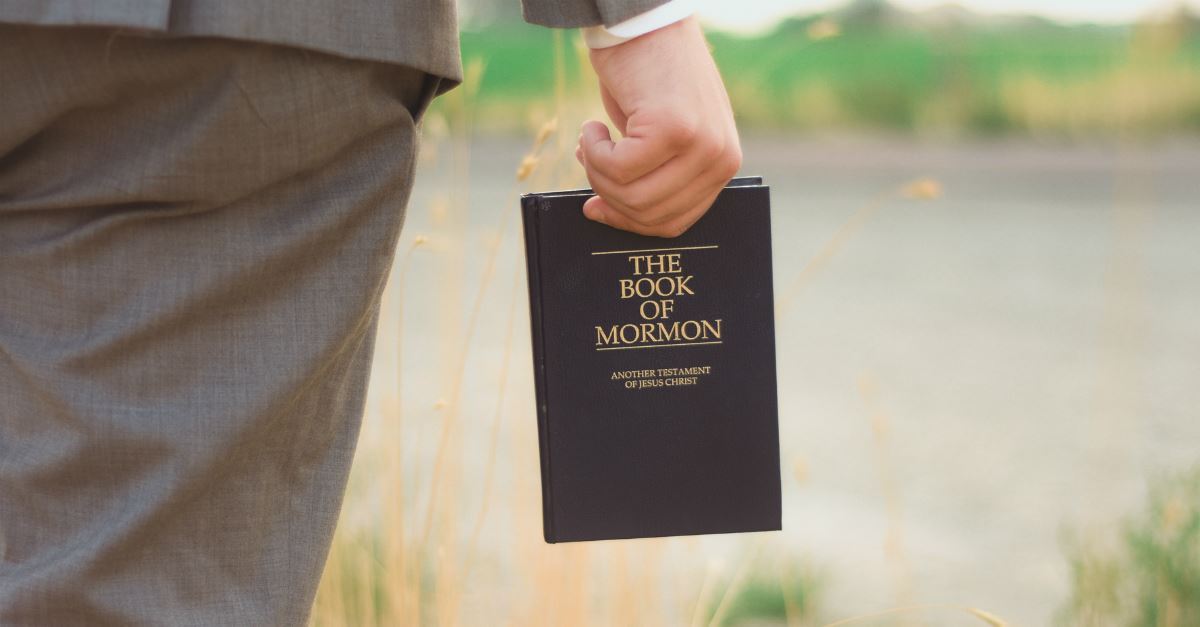 Romans 10:1-3 “Brothers, my heart’s desire and prayer to God for Israel is that they may be saved. For I testify about them that they have a zeal for God, but not according to knowledge. For, being ignorant of God’s righteousness and seeking to establish their own righteousness, they did not submit to the righteousness of God.”

The Church of Jesus Christ of Latter-Day Saints (LDS), also known as Mormons, is something of a peculiarity in the evangelical world: bikes, enthusiastic bravado, traveling in pairs, wearing white button-up shirts and black ties.

Mormons exude a bright-eyed enthusiasm for the “Gospel of Jesus Christ” that they have a “burning in the bosom” to share. It could almost be inspiring for Christians who may feel they are doing a lot less to reach the world for Christ. Almost...

Likely more than one Christian has dodged a pair of freshly-scrubbed Mormon elders hoping to avoid the uncomfortable conversation about their version of the “gospel” (Jesus preached to the Native Americans?).

Or, to avoid pressing questions that feel difficult to answer (Did you know that baptism for the dead is actually written of in 1 Corinthians 15:29?).

Or, to avoid being offered a theology that we know is wrong, but we can’t explain why (“As man is God once was and as God is man will one day be”).

It’s all part of their presentation and is actually one of the reasons the LDS church at large is growing by leaps and bounds. The other reason? The conversion of Christians.

According to carm.org, Christians are converting to the Mormon religion in increasing numbers because of blurred lines.

We love Jesus, too! Can’t we all just get along? 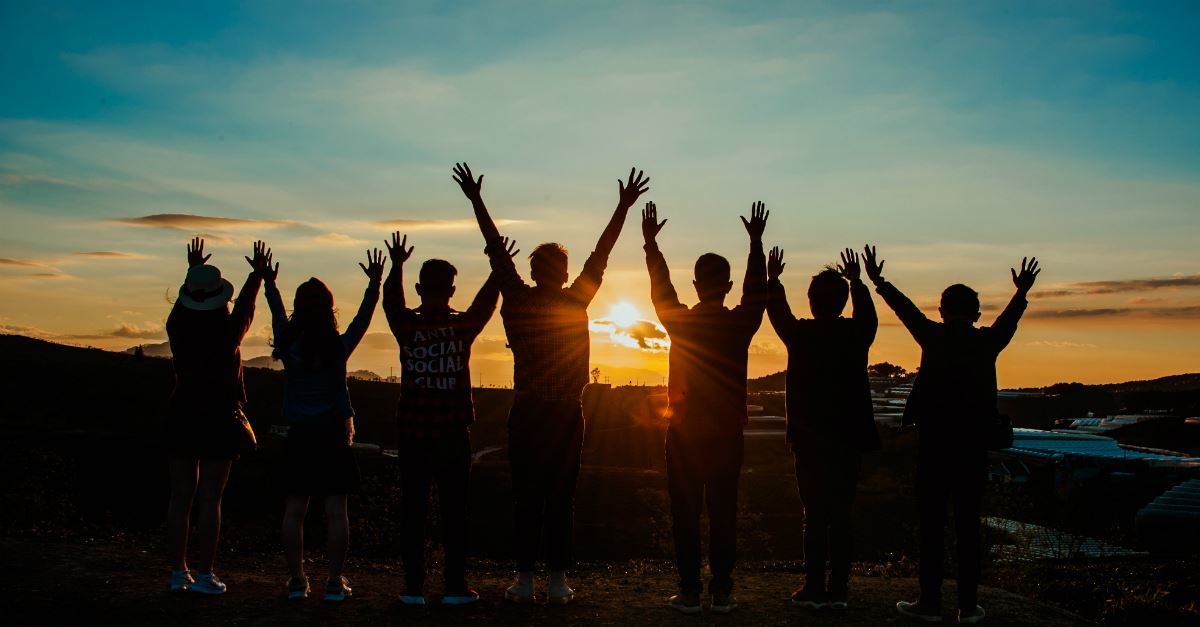 Historically, Mormons have desired to be distinct from all other religions (believing they are the only true faith); yet have begun to refer to themselves as simply another denomination of Christianity.

What sets the LDS “gospel” apart from the gospel of evangelical Christianity? Does it really matter, as long as “Christ is preached?”

Should we “like-minded believers” (as they call themselves) focus on our similarities, instead of nitpicking our differences?

Let’s find out! Here are seven major differences between Mormons and Christians worth considering:

1. The LDS Church, Mormonism is a polytheistic religion. 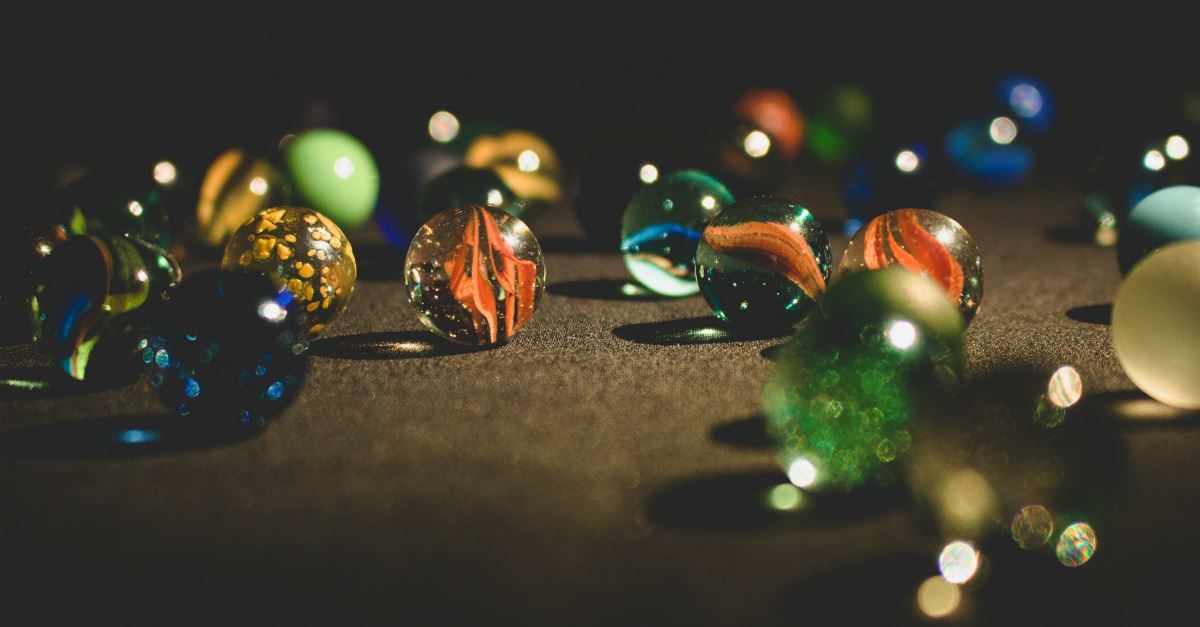 A famous teaching within the LDS Church is this:“As man is, God once was. As God now is, man will one day be.” It could almost sound reasonable to someone who agrees that God once became a man (Jesus Christ), and that one day we will be “like Him for we shall see Him as He is” (1 John 3:2). Yay, God! But… nope.

What the LDS Church really means when they say it is this: God was once a man. Just a man. Not Jesus, God incarnate. Just an actual run-of-the-mill dude, born on a planet somewhere who grew up and ascended to His place in the heavens over many millennia of existence and good works.

God, for Mormons, is a created being. “As man is, God once was…” Ouch. We, like God the Father, all have the opportunity to ascend just like He did. We can get to be God the Father too, on a planet somewhere else.

“As God now is, man will one day be…”. So, while a Mormon will affirm there is, indeed, “One God”, they do not mean it like you do – they mean there is one God of planet earth. Elsewhere? There are gods all over the place! All someday to be worthy of worship and adoration. 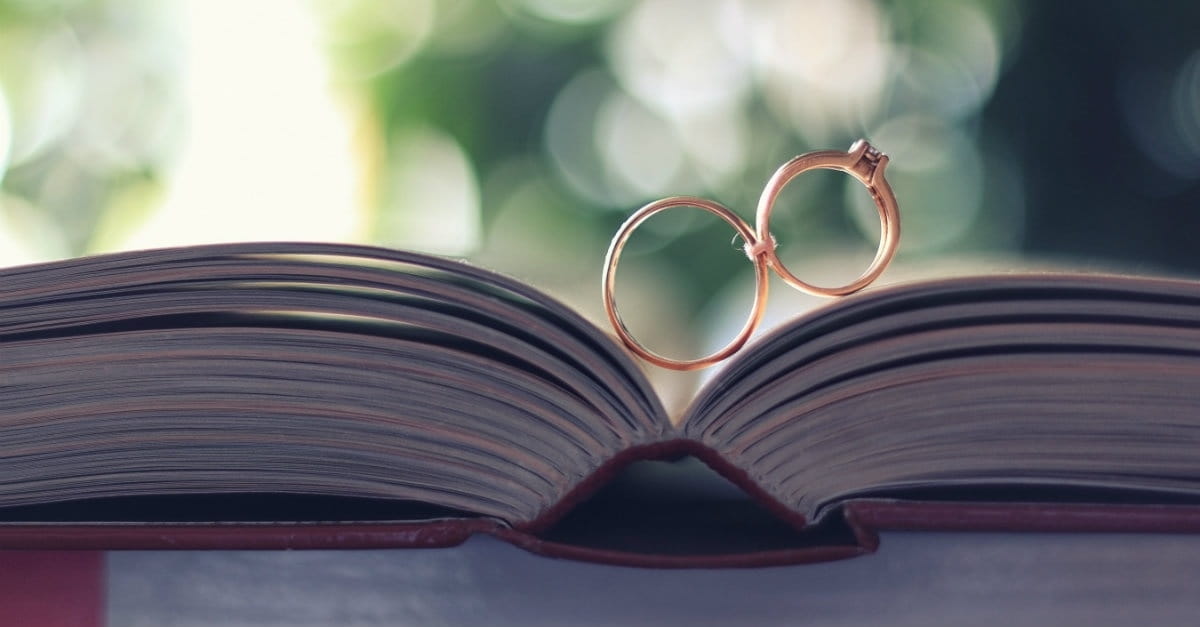 Remember God the Father? The random guy who was born on a planet somewhere in space, the final frontier, who earned His way to the Celestial Kingdom and attained godhood status? He’s married. Your God isn’t. But theirs is.

“Heavenly Father,” as He is referred to in the LDS Church has a counterpart, “Heavenly Mother.” Mormons won’t typically lead with this, as most Christians would take a quick step back, but she’s there. Eternally making babies – of which you are one. This is also a foundational argument for polygamy. In order to populate your planet, you’ll need more than one wife.

From that eternal sexual union was born Jesus (not immaculately conceived), Joseph Smith (the true prophet of God), you, me, and Lucifer – our brother. Wait...what? According to the LDS Church, our brother, also referred to as Satan, has a bone to pick and is sowing his oats here on earth at our unfortunate expense. Talk about a prodigal…!

To Mormons, Jesus is one of many sons of God, and is just a man, not God Himself. No Godhead/Trinity/Three-in-One. Forget the 300 fulfilled prophecies of Jesus Christ in the Bible.

The Mormons have stripped Him of His deity.

3. We’ll talk about grace when you get to heaven – if you get there. 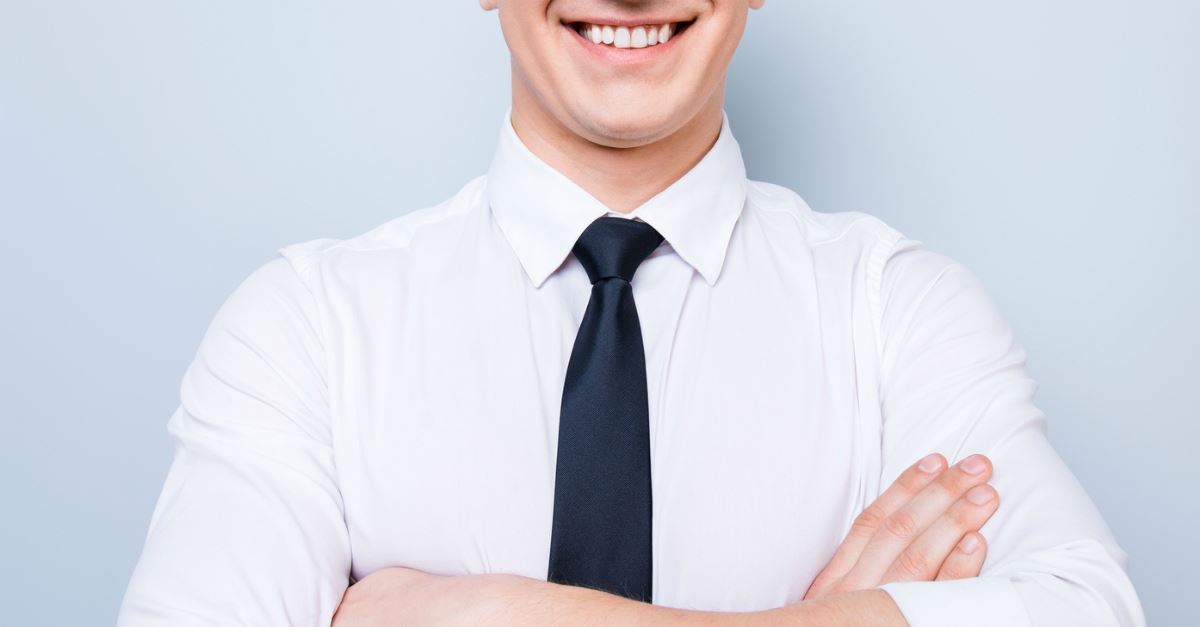 You know that salvation is a free gift of God and that it cannot be earned. In fact, the Bible, via Ephesians 2:8-9 is exceedingly clear on this one… right? Your Bible says that. Mormons doesn’t.

I don’t mean the Book of Mormon. Their King James Version Bible, as translated by Joseph Smith, doesn’t say that at all. But it’s the only version they accept. According to 2 Nephi 25:23, “…believe in Christ, and be reconciled to God; for we know that it is by grace that we are saved, after all we can do.”Did you catch that? “After all we can do…”

In brief, Mormons are not assured of salvation through the cross (which they do not recognize as a necessary work) and do not believe it is free. They will say they believe salvation is through grace, but what they mean is this: You will find out if you have earned that gracious salvation after you die and face judgement. This will be based on an assessment of your works and if your works are deemed to be worthy enough, you then receive grace to be granted salvation.

Salvation, for Mormons is not free. It is earned. Same words, very different meaning.

"One of the most fallacious doctrines originated by Satan and propounded by man is that man is saved alone by the grace of God; that belief in Jesus Christ alone is all that is needed for salvation," (Miracle of Forgiveness, by Spencer W. Kimball, former President of the LDS Church, p. 206).

4. The Word of the Prophet trumps the Word of God. 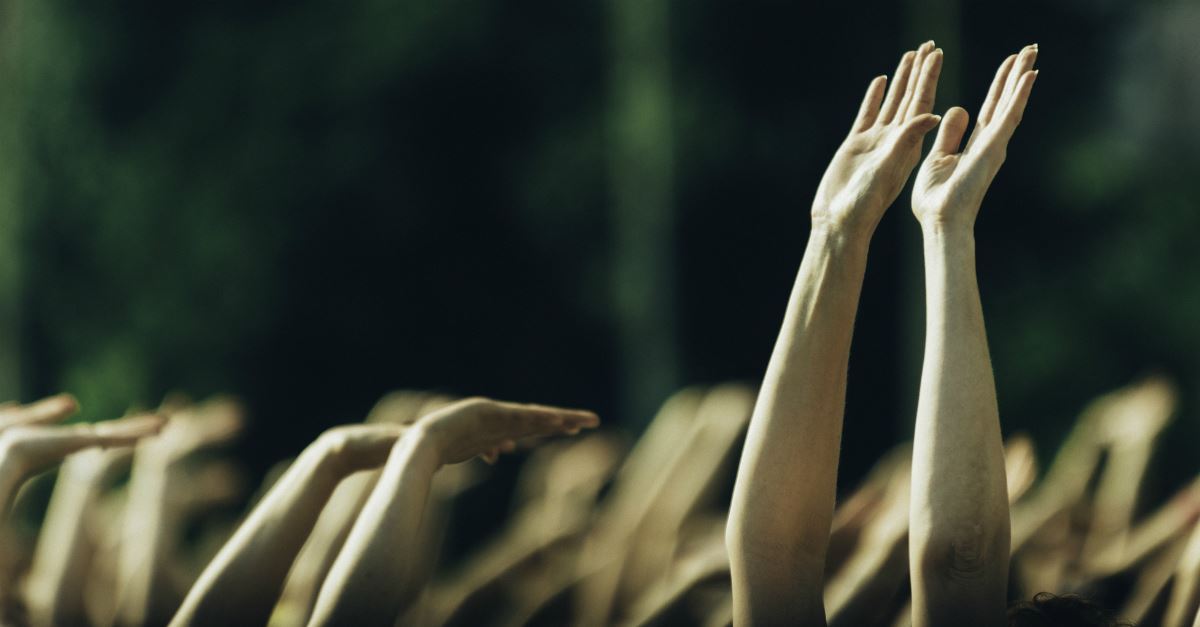 Joseph Smith was the original prophet of the Church of Jesus Christ of Latter-Day Saints. Many think he was crazy, but he was more… crazy like a fox. Intelligent. Thoughtful. Well-read. Grasping for greatness.

“There is no salvation without accepting Joseph Smith as a prophet of God.” (Doctrines of Salvation, vol. 1, p. 188).

Smith set himself up as a prophet and had many “prophecies” that captured the hearts and minds of his followers. The first thing Joseph Smith did was to call into question the inerrancy of the Bible, pointing to various translation “errors” and “conflicts.” From there, he set himself up as the exclusive source of all truth via a prophetic anointing.

All Mormons, prophets of the LDS Church, to this day, are believed to carry that same “anointing.” What they say is what God is saying, regardless of any Scriptural conflicts.

5. The Bible is inerrant…insomuch as it is accurately translated. 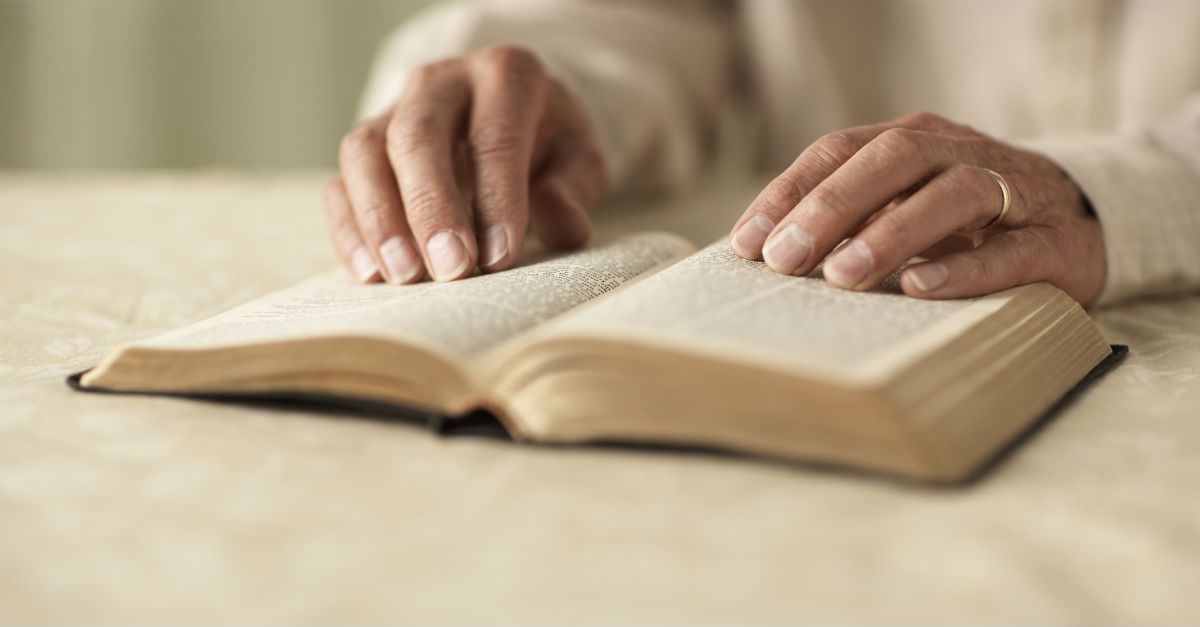 Mormons have their own version of the King James Bible, translated by Joseph Smith and consider it to be the only accurate version in existence.

The Book of Mormon is considered preeminent to the Bible and they also carry the Pearl of Great Price (a book of wisdom) and the Doctrine & Covenants (their “law”). These are not to be questioned, ever. Many Mormons have serious questions about Scriptural conflicts, or about things Christians have challenged them with, but they don’t ask, don’t tell.

6. The Cross was an unnecessary act of murder. 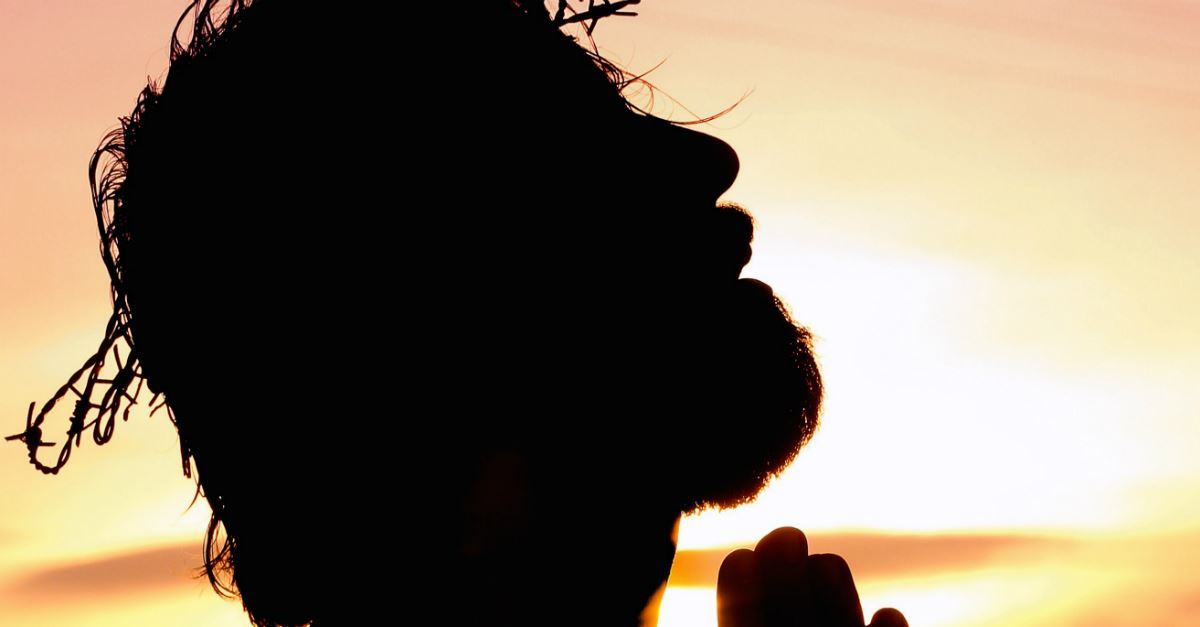 Mormons will gladly talk with you about the “atonement” and “shed blood” of Jesus Christ and they’ll say all the right things and you’ll accept their invitation to church.

For the LDS Church, the “shed blood” of Jesus occurred in the Garden of Gethsemane, when He cried and sweated out blood, from the understandable stress of knowing He was about to die. They absolutely and unequivocally do not believe that Jesus needed to die as a propitiation for sin. He just needed to squeeze out some blood and call it good.

Additionally, tragically and disappointingly (for Jesus), His blood wasn’t enough to cover all sin. In fact, Mormons teach a doctrine of “blood atonement,” a cleansing from the most serious sins whereby people must shed their own blood to atone.

Traditionally Mormons would not be caught dead wearing a cross as jewelry, but you will see it more now than ever. Not because they believe in it – because they know you do – and they want to talk.

#7 - God doesn’t live in you, He lives at the Temple and you’ll need your recommend card to get in. 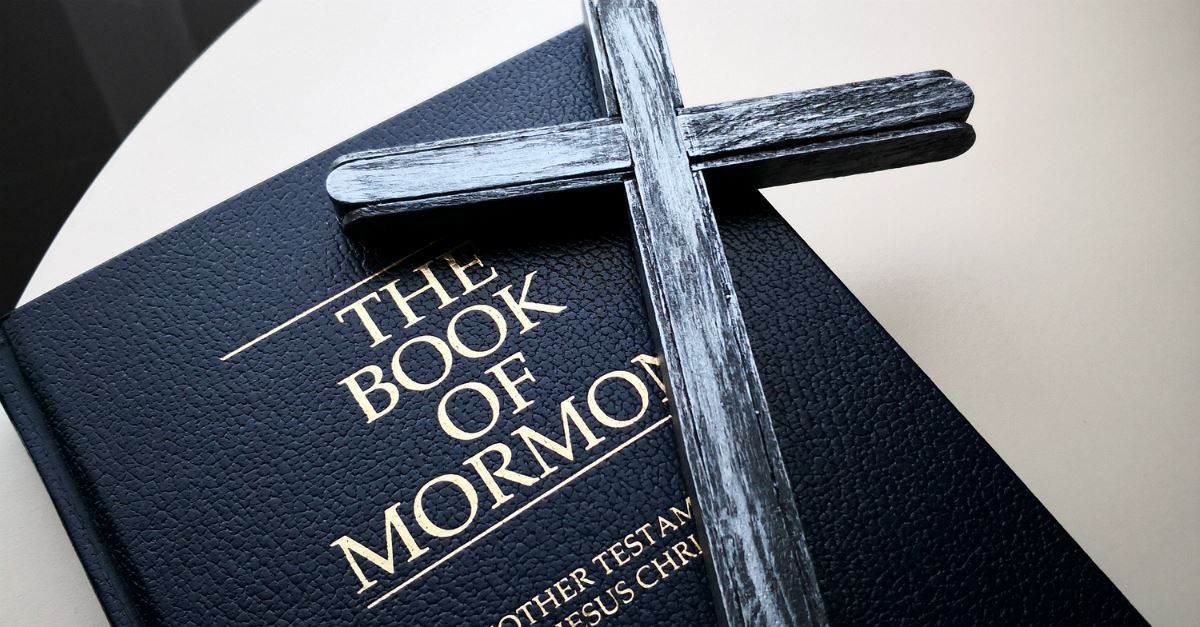 The Mormon religion incorporates a number of Masonic rituals and other aspects borrowed from the world’s religions, including paganism.

A temple and a ward are two different things. A ward is like a church and everyone can go. The temple is a holy place and if you are deemed worthy to enter, you will be given a “Temple Recommend” card to present at your entry. This card can include information about your tithing records, your good works, your lifestyle, reports on behavior, sins and anything else that might disqualify you for entry.

The Temple is held in high regard and one must earn the right to enter the holiest rooms through acts of service for the dead. Once you have been given the ordinance and those acts are performed in the temple and you are wearing your white garments, you are allowed into the Celestial Room where you will feel the Holy Spirit the strongest because He is drawn to your good works for people who have died and cannot perform them for themselves (this includes baptism).

There are a number of concerning theological differences between the LDS Church and the Christian faith. This article has given you a very high-level breakdown of some of the larger issues to be aware of and of what is taught in the mainstream LDS Church.

However, if you talk to a Mormon these days, you’re less likely to hear the odd stuff about one day ascending to your own planet, or the necessity of polygamy to salvation or reincarnation, or even Joseph Smith and his golden tablets.

You’re more likely to hear Mormons discuss such reasonable topics as “atonement,” “grace,” “salvation,” “there is only One True God,” and “Jesus Christ is the Son of God.” It all sounds legit, right? But now you know and knowing is half the battle!

These are not points of argument to contend over with Mormons. There are better and more effective ways to reach them for Christ than to attack their religion.

However, don’t be asleep in the light either! Some Mormons are more well-versed in Christian theology than Christians are!

It’s important we hold fast to the truths of our Christian faith and seek God’s direction as we make disciples in a world of confusion.

Alicia Purdy is a worship leader and author of “The Way of the Worshipper” and “The Way of the Worshipper: A Devotional Workbook”. Her passion is to write about a real faith in a real Jesus and to inspire, encourage and support the body of Christ. You can learn more at her blog: TheWayoftheWorshipper.com. She and her husband minister and serve in their local church and together they have 5 kids and 1 cat, named Chester.