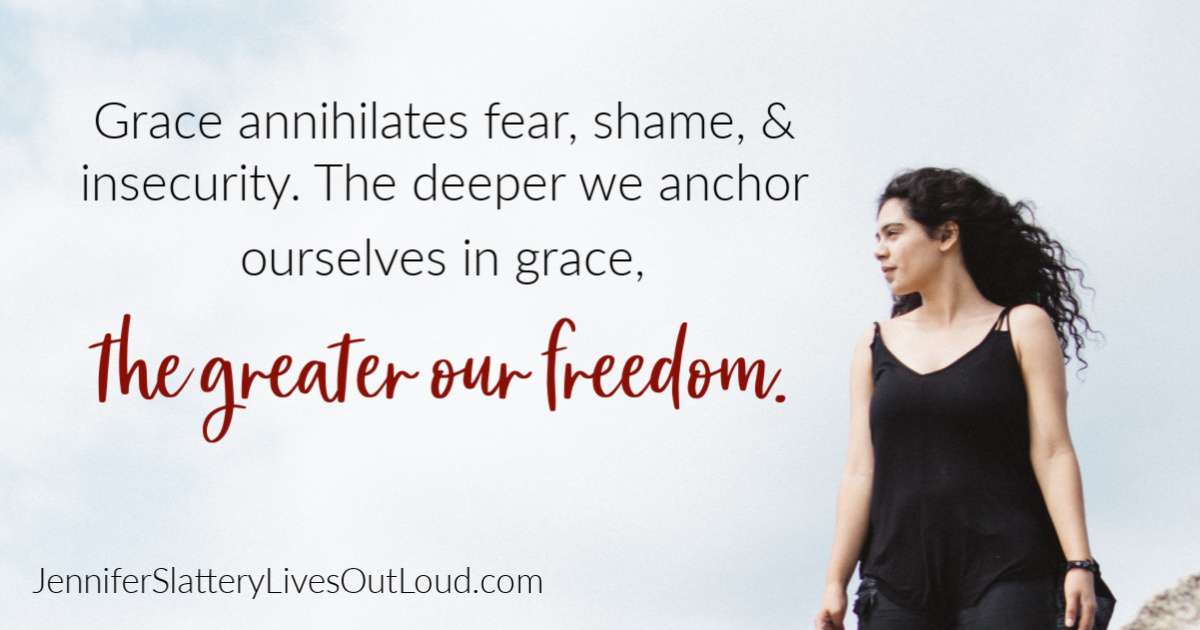 My hands were shaky, my stomach queasy. I’d been to the bathroom five times in maybe twice as many minutes as my jumble of nerves worked against my courage to obey. Having given my word, committed to this thing, I knew I couldn’t back out.

Though the thought had crossed my mind over a dozen times.

The strength to obey. For the apostle Paul that meant facing incredible persecution—beatings, floggings, imprisonment … the continual threat of death. I may never endure such hardship for Christ, but that morning, I felt like I was facing a kind of death—death to my reputation.

And yet, like Paul, I knew I’d been entrusted with the gospel, and my story, as ugly as parts of it were, revealed the power of the gospel within me.

I knew. As much as I hated it, as much as my pride fought against it, I knew, God wanted to use my testimony to bring hope and healing to other women. To do this I’d need strength—the strength to die to myself. And only He could give me the power to do that.

Determined to surrender to God’s leading, trusting Him to show Himself strong on my behalf, on the morning in May of 2012, I took several deep breaths, checked my appearance in the mirror one last time, and left the safety of the bathroom to unveil all to women I considered friends.

Certain they’d hear, clearly, the message of God’s unyielding love and grace. Equally certain that, by the time I finished, I would lose any ounce of respect or admiration they’d held for me.

It’s easy to share our triumphs, and perhaps even our struggles. But to reveal our ugly, the deep secret shame that hinders our freedom until Christ intervenes?

That’s hard. That takes courage, a decision to “die to one’s self,” and leaning hard on Christ.

Sharing my story, as a high school drop out and former homeless girl, was rough. But not nearly as rough as Paul’s must have been. He was part of the ISIS or NAZI soldier of his day, deemed powerful by some and evil by others. A man who witnessed incredible brutality and “agreed completely with the killing” (Acts 8:1) The kind of man mothers warn their children about and whose very name must’ve caused countless Christians to freeze in fear.

The very group of people he now spent most of his time with.

What must it have been like to carry a past like that around? What kind of shame would such a history cause?

To what lengths would a tyrannical murderer go to, to keep that past hidden?

What kind of love—for God and mankind—would it take for such a man to open up and share all?

What kind of love would it take for us to do the same?

We all have stories, testimonies of God’s grace and faithfulness—of the power of the gospel revealed in us. That is 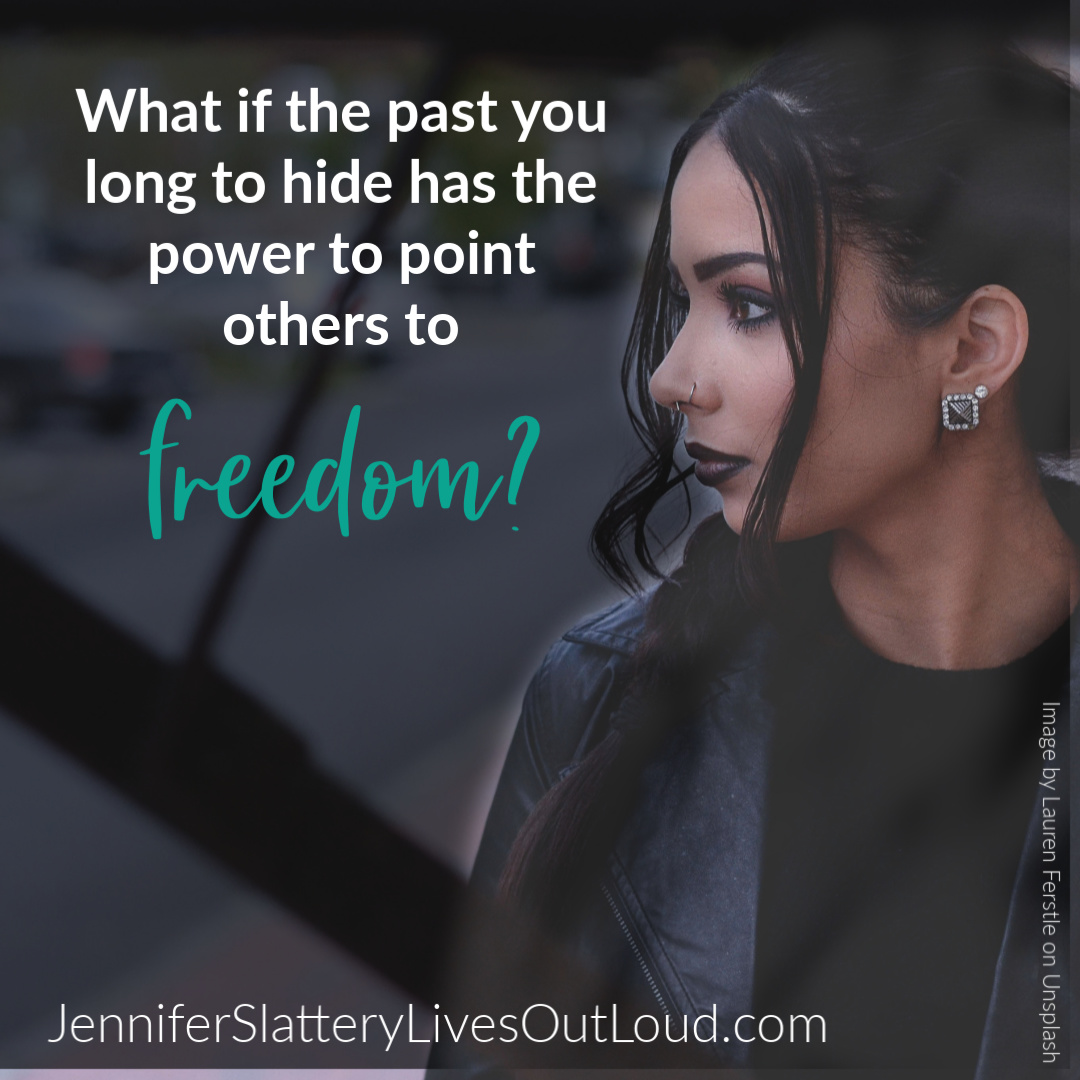 why our testimonies have such power, so that, as we share, “others will realize that they, too, can believe in Him and receive eternal life” (1 Tim. 1:16).

As I close, I can anticipate some of you thinking, ‘But what about me? I don’t have a dramatic God story. I was never homeless, on drugs, or murderous. I grew up in a strong Christian home, was connected in church all my life. Does my story still have power?”

Absolutely. My story, and Paul’s, give a glimpse of the darkness that comes from living out of step or apart from Christ. For me, though I belonged to Christ when I went through my rough years, I certainly wasn’t living as He desired, and my life was characterized by darkness. For Paul, he didn’t have the light of Christ at all.

Your story is probably different than mine and Paul’s, but it can still show the beauty and love and freedom that God intends, when we turn to Him, He works in us and our circumstances, and when we live with Him. Our world needs to see both, and our Savior speaks through both. And besides, our stories aren’t truly about us anyway but rather, they’re about Christ in us. When we remember that, and shift our focus off ourselves and onto Him, He overpowers our fears and insecurities with His strength.

The strength to make Him known.

Take a moment to write out your testimony, either of when you first came to Christ or perhaps when He did something significant in your life that revealed His love, grace, and mercy. Who might God be calling you to share your story with?

Before you read today’s suggested Bible passages, I wanted to provide some background information. Stephen, the man mentioned in Acts 7, was the first Christian martyr, and prior to our passage, he publicly shared the gospel and how the Old Testament pointed to Jesus. (You can read his story HERE.)

“Give thanks to the Lord and proclaim His greatness. Let the whole world know what He has done” (Psalm 105:1, NLT).

Before you go, I invite you to sign up for my free quarterly e-mailing to receive short stories, recipes, devotions, and more sent directly to your inbox. Plus, as a thank you, you'll receive a link for a free download (sent separately via email) for a Bible study a friend and I wrote on 1 Timothy. You can sing up HERE. And make sure to visit my devotional blog at JenniferSlatteryLivesOutLoud.com for more Christ-centered encouragement. And make sure to check out my next release, now available on preorder! 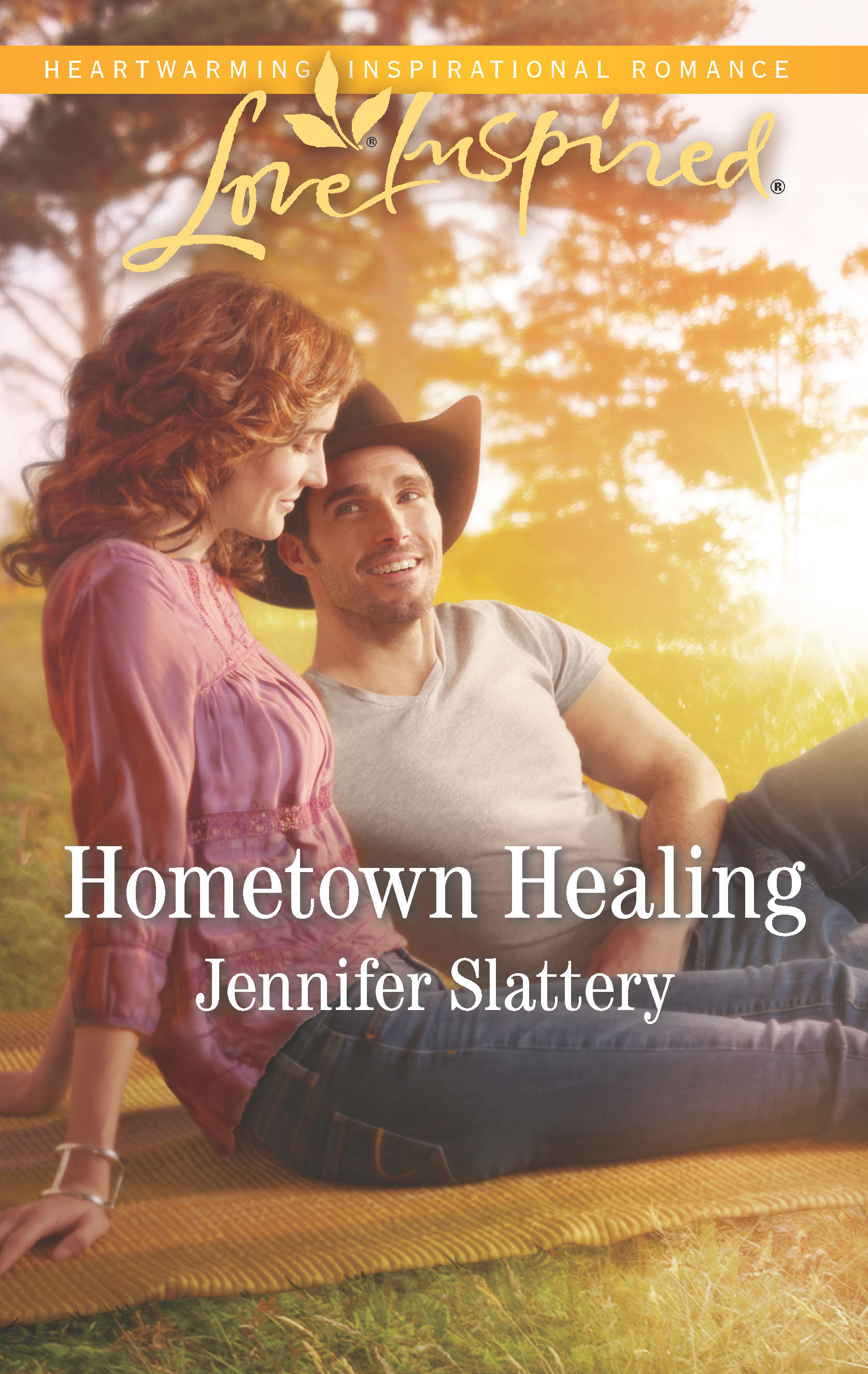 She’s home again, but not for long…
Unless this cowboy recaptures her heart

Returning home with a baby in tow, Paige Cordell’s determined her stay is only temporary. But to earn enough money to leave, she needs a job—and her only option is working at her first love’s dinner theater. With attraction once again unfurling between her and Jed Gilbertson, can the man who once broke her heart convince her to stay for good?