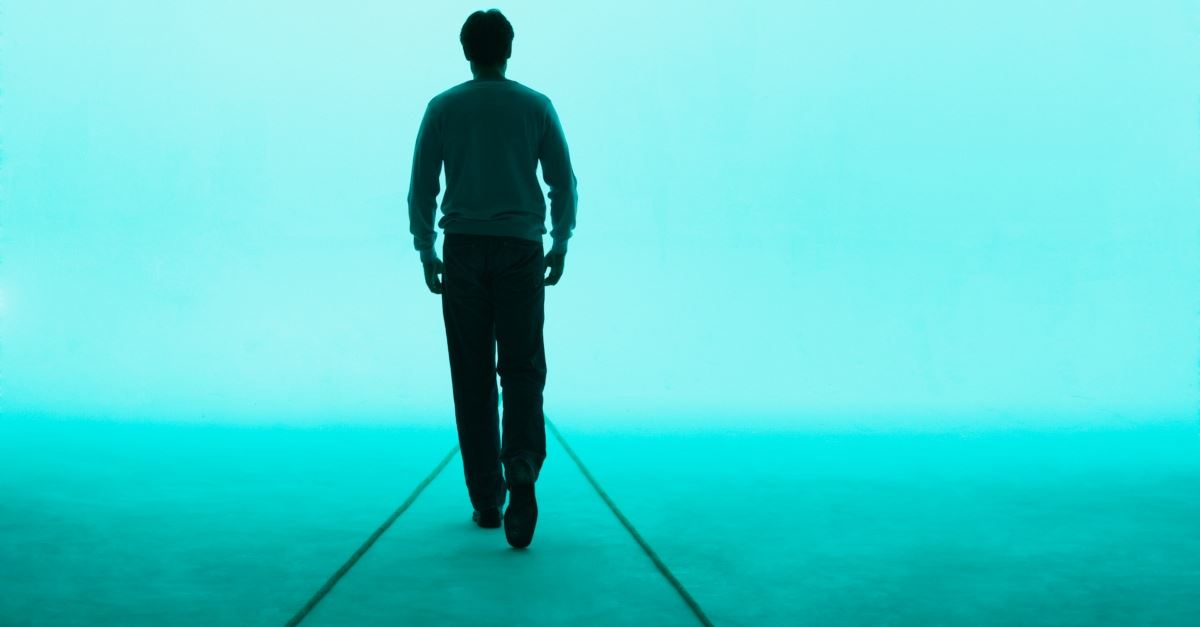 Evangelical author Joshua Harris announces on Instagram that he no longer considers himself a Christian. Evangelical songwriter Marty Sampson now says the same thing about himself. The Internet is atwitter with opinions on all of that: from atheists, from Christians, and everyone in between.

As sad as I am about all of this, I can’t help but think about lots of people I’ve known, many of whom would never make headlines, who just, sometimes very quietly, walked away from the faith.

I would imagine that’s happened to you too, with someone you love, or someone you admire, maybe even someone who mentored you in the faith. And, I don’t know about you, but I know how every one of those stories made me feel.

I would often be angry, as though the person had personally betrayed me. Sometimes it would make me feel scared. I would think, “If this person, whose theology was razor-sharp and whose worship seemed so heartfelt, could just walk away, how do I know that won’t happen to me?”

Here’s how I’ve come to think about it. Maybe some of it will be helpful to you.

First of all, I have to fight the tendency to be shocked.

Just as any one couple’s divorce can sometimes feed a narrative that “true love never lasts anymore,” any person’s “de-conversion” can seem like part of a broader narrative of inevitable secularization.

In one sense, that’s true. One going through a crisis of faith in, say, medieval Europe would not have easily embraced an identity as a secularist or an agnostic, except in very unusual circumstances. The social and cultural pressures were not toward the kind of self-actualization and alleged “authenticity” we find in a secularizing era. But the pattern was still there, indeed has been since long before Pentecost.

The Bible is bracingly honest about how many people who started (it seemed) steadfast in the faith, later wavered. Several of Jesus’ parables are about just this phenomenon. The Book of Acts is full of examples of it, as are the letters of Paul and John.

This didn’t start with whatever situation you are facing with someone you love, though it may feel that way, and it won’t end there.

Second, I have to remind myself to be compassionate.

In almost every case like this I’ve seen, the person is usually going through an enormous amount of pain. In some cases, that pain is a personal crisis that led them to a “dark night of the soul,” from which he or she can’t seem to find the way back.

In some of the cases I’ve seen it’s someone who was shredded by religious people or institutions. Maybe it’s someone who has seen, as many of us have, those who can expound on theology at length but seem to be filled with hatred or rivalry or envy or those things the Bible calls “the works of the flesh.” Sometimes I’ve seen situations where people are devastated by the hiddenness of God in some pain or suffering they or someone they love is enduring and they don’t know how to cope.

I’ve seen some people who just quietly drift away from their churches. I’ve seen others who seem to go out of their way to showcase how much happier they are now that they, as they put it, are able to be their “real selves.”

And I’ve seen some seething with anger, who spend their whole lives seeking revenge, in online arguments or maybe just in withering comments to themselves, against the God, or the church, in whom they are disappointed.

I’m sure there are cases where that’s just an intellectual process of weighing arguments, and finding Christian arguments wanting. But usually it’s about pain, not about propositions, or, maybe I should say, the pain precedes the propositions.

Sometimes I’m disappointed in how quickly I can just lay out arguments in my mind against whatever arguments a person is making. Usually they are hackneyed and adequately answered in the Bible and in the Christian tradition.

Usually when someone walks away from the faith, some Christian or group of Christians, and usually in my circles it’s me, will quote 1 John 2:19, “They went out from us, but they were not of us; for if they had been of us, they would have continued with us” (1 Jn. 2:19).

I’ve noticed sometimes, though, in my psyche, that I use those words as another way of saying, “We should have known you were a fraud from the beginning.” John’s language there, though, is not part of an argument with those who have left the faith, but a word of reassurance for those who remain, that the gospel advances and that the anointing of the Spirit is able to preserve them faithful to the end.

Jesus and his apostles use very sharp language at times in the New Testament, but almost always reserved for those who are still professing believers, predatorily leading people toward heresy or immorality or lovelessness.

As New Testament scholar Robert Yarbrough puts it, this text is remarkably restrained and is less a polemic against those who have departed and more of a reassurance that their leaving does not “imperil the integrity of the Christ whom John represents.”

This leads me to third thing I sometimes have difficulty remembering in such situations:

I shouldn’t give up on someone just because he or she announces that they don’t profess faith anymore.

The Bible pictures some people who profess a belief they never real held and then fall away—a Judas Iscariot, for example. But the Bible also presents examples of people who seem to decisively deny the faith but who come back home.

Simon Peter never had an Instagram account in which to announce his spiritual self-identity, but it’s hard to see coming back from cursing the name of Jesus, as Jesus is being led to the cross.

Judas’ false faith is seen to be so, but Simon Peter is guided back home, the very thing Jesus loves to do.

Jesus has access to the full storyline of each person’s life, but I don’t. I can pray and love and hope that anyone, no matter how sad or angry or “goodbye to all that” elated they may seem, may just be in a dark wood, with a shepherd on the way to carry him or her home.

Sometimes that means giving someone some space and time, if someone doesn’t want to be around Christians, and waiting patiently for them.

Sometimes it means being right there with that person immediately. And sometimes it’s hard to tell.

But I certainly cannot be prideful and arrogant about it, and be following Jesus. Faith is a gift, after all, and what do we have that we did not receive (1 Cor. 1:7)? Sometimes it’s easier for me to keep that in mind when I’m dealing with people I consider to be graphically pagan, than for those who used to sing hymns next to me in a pew.

Finally, I have to remember in such moments to examine myself. For there but for the grace of God go I.

We do not persevere by theological rigor. We do not endure by succeeding in religious efforts. We stand by grace.

My first tendency sometimes is to measure my doctrinal fortitude over and against those who’ve walked away, or my perceived holiness, as though “excelling” at those things would mean that I am invulnerable. But that never works.

Some of these people are far smarter than I am, far more morally exemplary, far more disciplined. All I end up with is the grace of God.

The cliché “There but for the grace of God go I” can sometimes mean the modern Christian equivalent of “Thank you Lord that I am not like this publican” (Luke 18:9-14). But the wording is literally true. If you find yourself reassuring yourself by recounting your strengths, compared to someone who is leaving the church, you’re not understanding the very mystery by which God keeps you—not by your power but by your weakness.

These stories ought to prompt us to cry out, “Prone to wander, Lord, I feel it; prone to leave the God I love; Here’s my heart, Lord, take and seal it, seal it for thy court’s above.”

Every de-conversion is a tragedy. But it can also serve to remind us that we serve a God who is greater than our life-plans and our willpower. Not everyone who says “Lord, Lord” will inherit the kingdom of God. What an awful truth. But we should also remember that not everyone who goes to a far country in a time of famine will turn out, in the end, to be absent from the party at the Father’s house.

How sweet the sound.