Why Jesus Shares a Parable of Wheat and Tares in Matthew

In the story, Jesus compares heaven to a man who goes out and sows good seed. However, the enemy sneaks into the field at night and sows weeds. Both the weeds and the wheat sprout at the same time. Trouble is, the workers have a hard time distinguishing between the two.

The owner of the field encourages his servants to wait to uproot the weeds until the harvest. During the harvest, they will throw the weeds into the fire.

Similar to most of Jesus’ agricultural-based visual stories, this story offers a great deal of practical life application. In this article, we’ll discuss the symbolism in this parable, where else the Bible speaks about wheat and tares (or weeds), and why we should know this parable as believers. 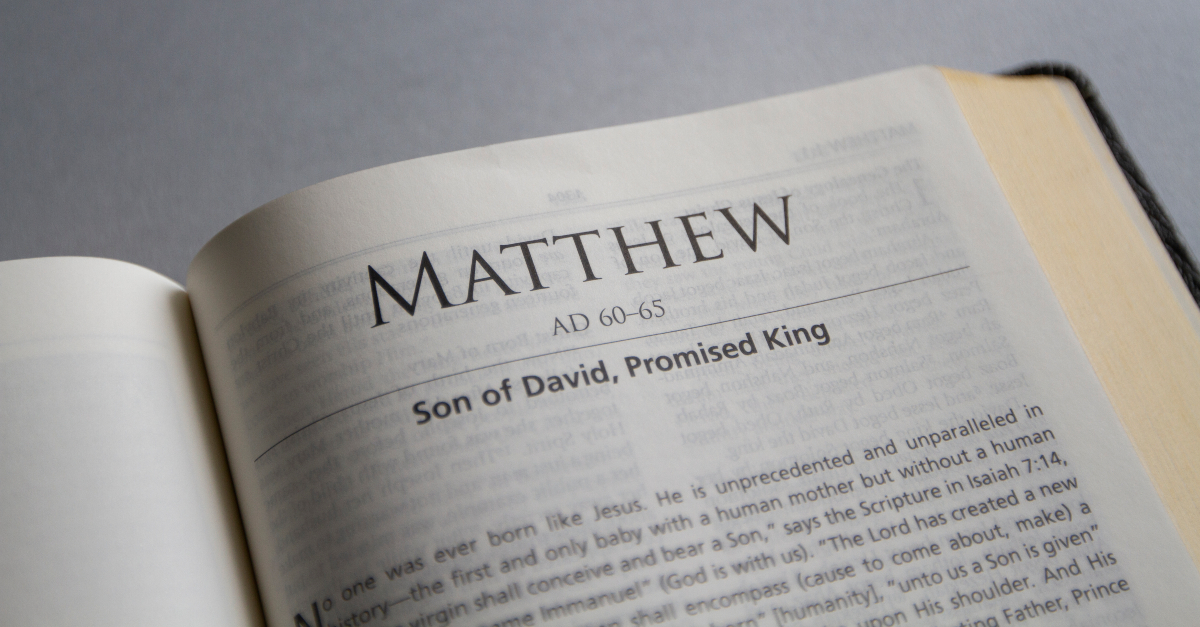 What Does the Parable of the Wheat and Tares Mean?

Jesus exercises a strong use of symbolism in this passage, similar to most of his parables.

The field represents the church. In the parable, Jesus refers to it as the kingdom of heaven. And in this field, God (the master or farmer) plants the good seed.

The good seeds symbolize Christians who have a personal relationship with God and through the process of sanctification, seek to grow closer and more like Jesus.

Nevertheless, the enemy appears on the scene. As is the case with most of Scripture, the enemy stands for the devil. He seeks to sow discord in the church, and so he plants weeds or tares.

These weeds and tares represent a number of things, but mostly busy-bodies who have been planted in the church. People who ultimately tempt and hurt the spiritual walks of the good seed, and can, for a time, pass as good seed themselves.

When we first hear the imagery of wheat and tares, we may wonder, “How on earth would the workers struggle to differentiate between the wheat and the weeds?” Especially if we grew up in the Western hemisphere, weeds look like spiky green plants, and wheat is a golden brown, long plant.

But in the Middle Eastern climate, tares look near-identical to wheat until the time of the harvest.

In the same way, people can play the part of a good Christian. They can talk the talk and appear to walk the walk.

The servants, most likely angels (but also could represent believers), ask if they can uproot the tares, but Jesus tells them to hold off until the harvest. Because the weeds have spread their roots in the wheat fields, if the servants pluck them up too soon, they risk damaging the wheat beyond repair because of their intertwined roots.

So the servants continue to water and care for both plants equally until the time of the harvest comes.

The harvest here represents the end of the world, or the end times. It can also mean the end of a person’s life. In either case, at the end of one’s life, whether prompted by death or by the rapture, one’s true status of wheat or tare (weed) will be made known. Those who belong to the wheat will earn an everlasting place in the barn, in heaven.

As for the tares, they receive an everlasting spot in the fire, hell. 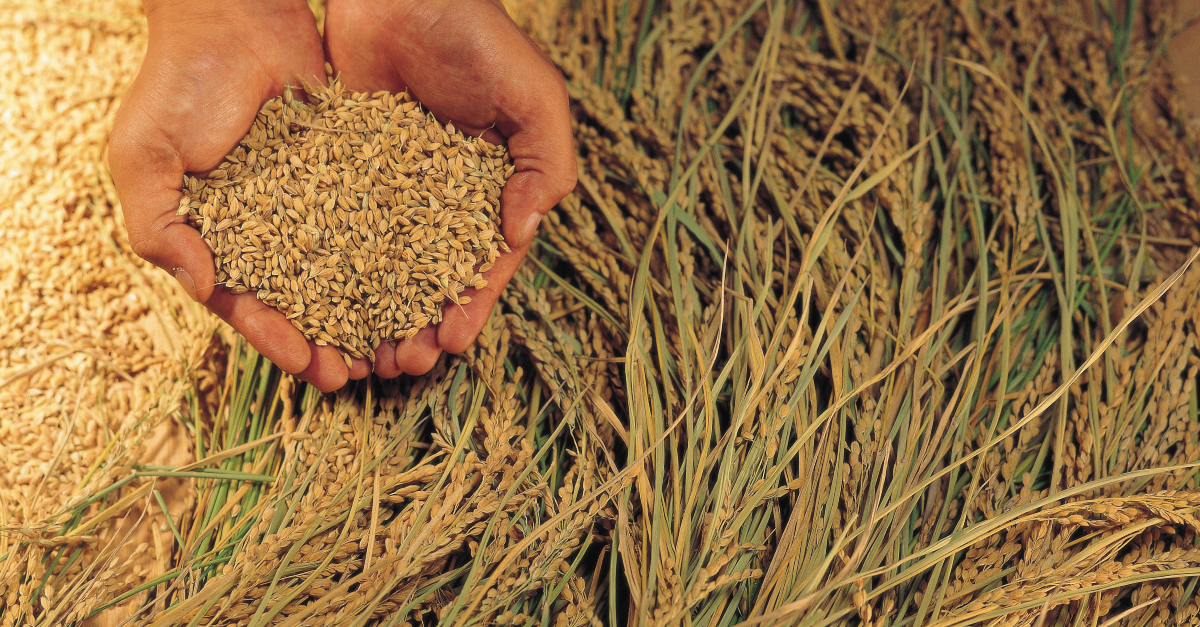 Where Does the Bible Talk about Wheat?

We find a handful of places in Scripture that discuss wheat, most of the cases appear in the Gospels. John 12:24 says that if wheat dies, it will bear much fruit. In other words, through the death of wheat, it can sprout many other seeds and do a lot of good.

Jesus also says in Luke 22:31 that the devil can sift us like wheat. The wheat sifting process separates the wheat from the useless bits, such as chaff.

Also, the parable of the wheat and tares makes an appearance in other books of the Gospels. Check out more examples here.

Wheat also appears in the Pharaoh’s dream in Genesis 41:5 to represent a bountiful harvest before a drought. Those both in the Old and New Testament would have been very familiar with wheat imagery, as they grew up in a predominantly agrarian society.

Where Does the Bible Talk about Tares (or Weeds)?

Most of the instances of weeds or tares or chaff we hear about in Scripture comes from the same parable we see above. But interestingly enough, we see the first instance of weeds appear in Genesis 3:17.

Because Adam and Eve sinned, the very ground upon which they walk receives a curse. Every weed or parasitic plant they encounter (that makes their toil in the fields all the greater) comes as a consequence of their disobedience.

With this in mind, Israelites would’ve associated weeds with something cursed or something evil.

Workers would always burn the weeds in fire (Matthew 13:40).

Knowing this association with weeds and sin, Jesus incorporated this into his parable. Because of sin, those cursed with it, who have not received the redemption of God, will make the toil of God’s workers all the more difficult. They will serve as stumbling blocks within our very own churches, and we will have a hard time distinguishing between the good plants and the bad until the end of our lives.

2 Reasons We Need to Know This Parable

Aside from the obvious reason that we should listen to the very words in which God spoke on earth, we should really pay attention to what this parable has to say to us today.

Although no one knows when Jesus will return again, we can all feel the strain and the groans of the earth as we approach the end times. Whether they occur in our lifetime or the next, we need to study the apocalyptic passages, like this one here, to understand what will happen (and what is already happening) within our churches.

1. We Need to Place Our Faith in God and Not Other Christians

Have you ever idolized another Christian?

Only for them to turn around and reveal their true nature? Or for them to commit apostasy and leave the church?

We see more and more cases of Christians, especially believers with a large platform and influence, who have abandoned the church. When they do so, we often feel a mixture of hurt, anger, and some Christians have questioned their own faith as a great deal of their belief stemmed from the idolization of that chaff-believer.

As we approach the last days, we need to place our faith in the Farmer, and not in the other plants in the field.

2. We Need to Know There are Imposters in Our Midst

This doesn’t mean we should assume that if someone messes up at church that they’re clearly an imposter. We all sin and fall short of the glory of God (Romans 3:23). But we do have pseudo-Christians in our midst. And we need to weigh anything any Christian tells us against what Scripture says, or they may serve as a stumbling block.

We cannot truly weigh a man’s heart. Only God knows everyone’s true intentions. This is most likely why Jesus adds, in the parable, that servants attempt to uproot the imposters before the harvest time.

In the same way, we may try to oust anyone who we deem to be a weed in church. But we may make a misjudgment and can cause the wheat in the field a great deal of hurt and spiritual detriment.

So we wait until the harvest time for God to serve as the ultimate judge of the wheat and the tares.

Wheat and tares look nearly identical. Even the wheatiest of wheat may fall prey to the deception of a tare or weed.

So we wait for the Lord of the harvest to make the ultimate decision as to the imposters and the believers. We also need to be ready for the divisive effects of the tares. Satan plants weeds in churches to serve as stumbling blocks.

After all, why not cut short any kingdom work of God by distracting the wheat from being as fruitful as possible.

As always, we should exercise extreme discernment. We should always turn to Scripture and to prayer, especially when something a member of the church says or does appears to run contrary to Scripture.

We also need to stop idolizing other Christians. Although God does give a bigger platform to some such as Christian comedians, athletes, and actors, we should know that weeds exist in the popular Christians circles just as much as they do in ordinary ones.

And it should not come as a surprise to us that many Christians in our midst will commit apostasy and leave the church.

What Are the Parables? 5 Things Jesus Teaches Us

What Is Cancel Culture and How Should Christians Respond?

How Do I Prepare for End Times?

What Does 'Judge Not Lest Ye Be Judged' Really Mean?

Hope Bolinger is a multi-published novelist and a graduate of Taylor University's professional writing program. More than 1,200 of her works have been featured in various publications ranging from Writer's Digest to Keys for Kids. She has worked for various publishing companies, magazines, newspapers, and literary agencies and has edited the work of authors such as Jerry B. Jenkins and Michelle Medlock Adams. Her modern-day Daniel trilogy is out with IlluminateYA. She is also the co-author of the Dear Hero duology, which was published by INtense Publications. And her inspirational adult romance Picture Imperfect releases in November of 2021. Find out more about her on her website.