What's Causing the Scandal of Domestic Abuse in the Church? 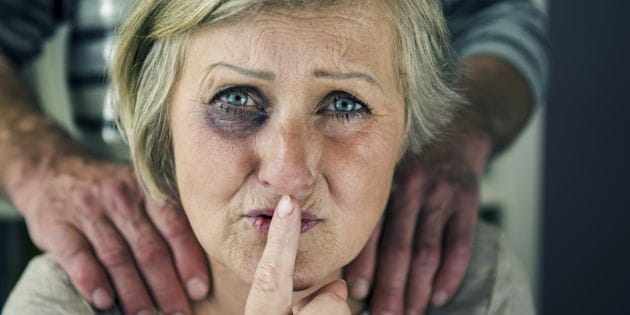 The church has a problem with domestic abuse.

Now the church certainly isn’t the only place where domestic abuse flourishes (as we saw from Hollywood’s big box office hit earlier this year). Abuse is a human problem which transcends religion. But when domestic abuse is present in Christian communities, it has a particularly insidious twist. Because “male headship” is taught by many churches as a core Scriptural principle, violent or abusive men often live unquestioned and unchallenged to control their families behind closed doors and are able to say “God put me in control” as some kind of trump card.

Jason Meyer (as covered by Justin Taylor at the Gospel Coalition) describes this all-too-common occurrence as “hyper-headship.”

Hyper-headship is a satanic distortion of male leadership, but it can fly under the radar of discernment because it is disguised as strong male leadership. Make no mistake—it is harsh, oppressive, and controlling. In other words, hyper-headship becomes a breeding ground for domestic abuse.

In 12 Traits of an Abusive Relationship, Laura Petherbridge explains how abusers often go unnoticed by their Church community because they are able to manipulate others, control their own public image, and exhibit charm.

In my 20 years of ministry I’ve watched numerous abusers deceive and manipulate the church. He/she often knows exactly what to say and do to get the church “on their side.” Although Christians are called to be loving and kind, we should not ignore toxic, sinful behavior. That is neither love or compassion.

So what’s the godly alternative to “hyper-headship”? And how should the Church be dealing with both the abused and the abusers in its midst?

While there is much debate among earnest Christians as to the most God-honoring way to think about marriage and headship, all parties agree that headship should never be about reaching selfish ends, feeding one’s ego, or controlling one’s spouse. In The Life Ready Woman, Shaunti Feldhahn and Robert Lewis explain it this way:

Scripture recognizes first and foremost that men and women are created as spiritual equals before God. But as noted, “equal” does not mean “the same.” We each have our differences, including several gender-specific marital responsibilities. And the reason God gives each gender such a specific responsibility is not because one partner is inherently better or more able to lead than the other but because God is trying to bring balance, peace, unity, and abundance to a marriage relationship that sin will otherwise mess up.

While his view of gender-roles differs, author and pastor Greg Boyd also insists that “male headship” must only be characterized by Christlike sacrifice. In his blog post Must Wives Submit to Husbands? Boyd explains that throughout the Bible, God can be seen slowly introducing culture-changing concepts to his followers to transform them into his image.

I thus see the passages telling wives to submit to their husbands as being on a par with Paul’s instruction to Philemon to take back his slave Onesimus (Philem. 12–16). Though God’s desire was to do away with slavery, in this culture, at this time, the most he could do was “Christianize” it, as it were. Hence, God transformed the master-slave relationship by having Paul command the one who holds the power (Philemon) to use it in a Christlike way.

The same principle holds for marriage, he argues, but adds:

If a husband yet insists on being head of his wife, however, Paul’s teaching clearly rules out the carnal idea that this headship is about getting “the tie-breaker vote.” In Eph. 5, headship is actually about the opposite of this. The one who holds the power to rule (the husband) should imitate Jesus and use his power to initiate self-sacrificial service to his wife. While the husband and wife are to submit to each other (vs.21), the man who believes himself to be the head should be the one to take responsibility to defer to his wife first.

What are bystanders to do when it becomes apparent that servant-leadership in marriage has escalated into abuse? Jason Meyer explains succinctly:

At first glance, it looks like there are three possible doors the men of this church can take.

If you are tempted to open Door 2, please know that it is a slide that just takes you to the same place as Door 1. Doing nothing is doing something: it is looking the other way so the abusers can do their thing without worrying who is watching. Saying nothing is saying something—it’s saying, “Go ahead, we don’t care enough to do anything.”

Church, let’s be a light to the world in this matter. Let’s show tenderness and sensitivity to victims. Pastors, don’t be afraid to preach against domestic abuse from the pulpit. Let’s stop tolerating abuse, and instead remember Proverbs 21:3:

“To do righteousness and justice is more acceptable to the Lord than sacrifice.”