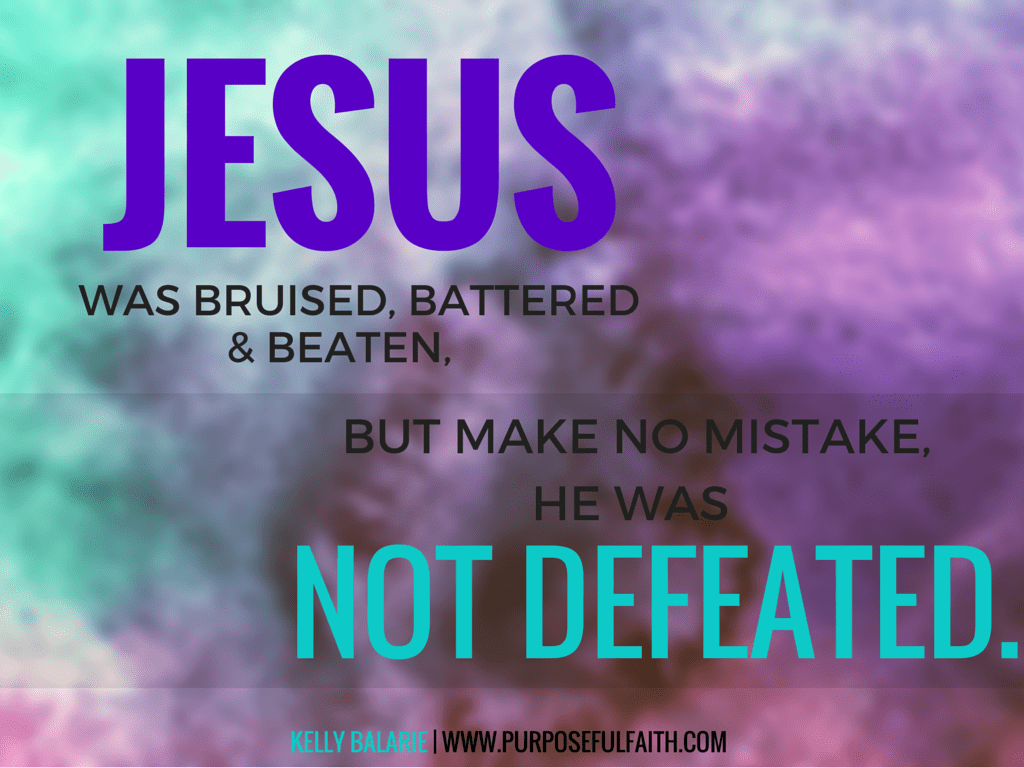 How could he do that?
What was he thinking?
What am I doing wrong now?

Everything he did, said and thought seemed to be a judgement about who I was, am and one day will be. His eyes spoke volumes about the magnitude of his disdain for me.

So I shut down. I shut things down faster than a prison cell at lockdown. I packed it all up, made it all tight and kept myself behind the distance of bars. The risk of injury was too high and I had been hurt one too many times to know that you don't go around prison like a sitting duck waiting for its next attack.

Nope. I got smart.
Not this time.
You can't get me again.

Yet, as much as I felt I was doing the right thing, I didn't. The other side of me hated that I was locking it all up, closing it all down, hiding myself away. I didn't want to be isolated, I wanted to be free. Free of pain, free of the looks of condemnation, free of having to pretend I am someone I am not.

It was like I was at tug-of-war with myself.

I am not being a good Christian by not loving. Tug.
I am better able to love when I don't feel so hurt. Tug.

He has treated me cruelly. Tug.
I am to die to self as Christ died for me. Tug.

What do you do when "relationship" means
forging into enemy territory feeling alone and open for attack?

Do you take the risk, the barrage of open-fire,
for the dream that you can one day be free?

I did. I headed straight in.

Because God was saying: check your own eye, daughter. Just as much as you think his eyes can't see you - yours can't see him. I want restoration for your heart and for his. I want to clean things out for your good.

"Why do you look at the speck of sawdust in your brother's eye and pay no attention to the plank in your own eye?" Mt. 7:3

Really God? I want it to be all his issue.

But, the truth is that as I analyzed his wrongs, so I was wrong.

Isn't how it so often happens? What we see in another as their main flaw is really the flaw that we carry around - we just try to hide it under an inch of makeup, don't we?

As I figured it, the only natural place to go after you realize you have wronged is to make right. So I did.

I confessed to him that I judge and can't seem to hug, that I sneer and can't be near and that I fail and often feel frail.

I faced the captor knowing that One already had secured the victory on my behalf.

He may have looked bruised, beaten and defeated himself, but he never was - he won my freedom.

In this, I was freed to love.

Who do you need to apologize to?

Perhaps, you the tiniest power to make things a little more right?

I won't say that all things are right between me and him, but what I will say, is that we moved a step closer to intimacy, to openness and to healing. The door to my cell is open.  I am starting to take more walks towards him so he can see who I am is not all bad - maybe sometimes good even - and what I am starting to see are the same things about him.

It's amazing what forgiveness can do when you let it work.

So often, we see the one who really needed healing is - us.

Get all Purposeful Faith blog posts by email – click here.