3 Ways Movies are Retelling the Gospel 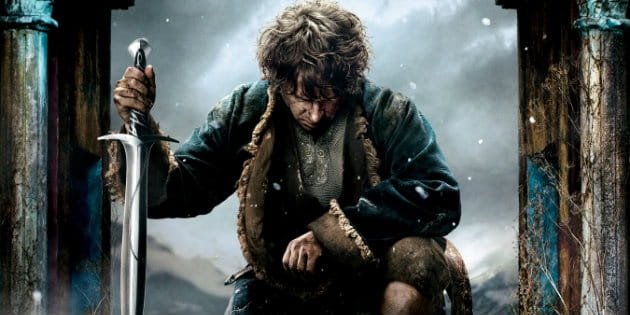 Among English majors, there’s a popular theory which states there are no original stories. Every new book, every new movie released in theaters, is actually just a retelling of another, primary story. It sounds ridiculous, but this idea can take on whole new dimensions when partnered with a Christian worldview. Scripture tells us that all of creation testifies to God’s glory (Romans 1:20). Isn’t it possible our entertainment can do the same?

Pastor Gavin Ortlund certainly believes so. In his latest post for The Gospel Coalition, Ortlund outlines how films naturally seek out the gospel, specifically through three prominent themes.

How many times have we seen a film where a handful of brave souls take a stand against evil? Consider The Lord of the Rings, where the fellowship is pitted against the forces of Mordor, or the recent Star Wars, which features a light side and dark side. These aren’t just two equal sides fighting over opposing values or viewpoints. The distinction between good and evil is quite clear. Ortlund writes,

“But the point is, movies are never just about different parties striving for survival and power. There is always a moral dimension to the drama, and therefore a heightened sense of significance. We don’t just want one side to win: we sense one side ought to win. We know it’s right that Simba dethrones Scar, and not simply his good fortune; and we feel resolution and satisfaction when Gene Hackman is sitting alone in that bar at the end of Runaway Jury…”

“Or another way to put it: if blind evolution is how we got here, then movies are telling us a story that’s fundamentally deceptive about the nature of reality. On the other hand, if there is a Trinity that spawned the world out of love, and a real moral battle between those loyal to him and those fighting against him, then the sense of moral transcendence that films convey is a little clue about the point of everything.”

There are certain things viewers expect from a Disney movie. A strong, independent princess for one. Perhaps a touch of magic, maybe a few musical numbers, but above all, we want to see a happy ending. I don’t think anyone has ever sat down to an animated Disney movie and assumed the bad guy was going to win. So why do we naturally gravitate toward happy endings? According to Ortlund,

“…for the Christian, harmony → tension → resolution is the basic paradigm of reality. We call it creation → fall → redemption. If Christianity is true, in other words, the reason the endings of movies make us feel the way they do is because it’s going to happen one day.”

One of the most heart-wrenching moments in The Chronicles of Narnia is when Aslan surrenders himself to save Edmund. It’s a horrible, beautiful moment when power of love is on full display. This reenactment of Christ’s sacrifice can be seen in films like Saving Private Ryan, The Mission, or even movies for children like The Land Before Time. For Ortlund, the twin themes of sacrifice and suffering are clear evidence which point to God’s true, original story.

“The motif of sacrifice almost always accompanies that of suffering. How many times have we seen one of the good guys give up their life, or think they’re giving up their life, or give up something else important, in order to save the day? The choice of sacrificial love is the key trigger in so many plots, from The Adjustment Bureauto Beauty and the Beastto Stranger than Fiction, and on and on we could go. Someone gives up their life, sacrificing themselves for someone else, only to find their life return to them.”

What about you? Do you believe the character of Christ can be seen in your favorite movie?