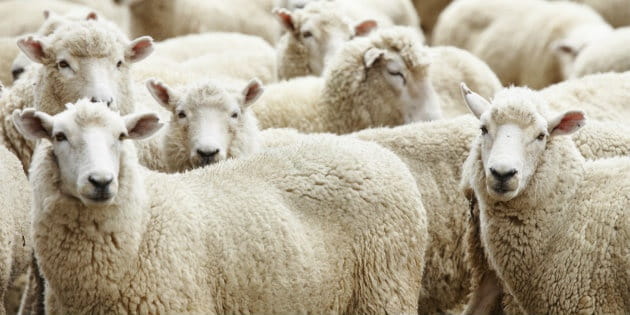 If you grew up in the Church like I did, you probably heard at least one sermon which compared Christians to sheep. The fundamental message was that sheep are dumb. They’re also slow, defenseless, prone to hysteria, and incapable of doing anything right. In fact, the only way a sheep can make meaningful contributions is when they’re led by a shepherd. Now, I’m sure whoever penned this sermon had the purest of motives, but its ideas are far from biblical.

Take a moment to reflect, and you’ll realize the comparison between Christians and sheep isn’t just disrespectful, it’s flawed. As Joe Thorn recently explained in his Gospel Coalition post, The Sheep Aren’t Stupid, God calls us to imitate these modest mammals for a number of reasons. A few notable ones include:

“Sheep look for green pastures and search out clean water. And Christ’s sheep have been made clean; they’re justified and sanctified. Watson describes them this way: ‘Though they are not perfectly holy, they are perfecting holiness in the fear of God. . . . They will suffer anything rather than defile their conscience. A good Christian breathes after sanctity. A child of God may fall into sin unawares—as did David—but he does not lie in sin. He recovers himself again by repentance. A sheep may fall into the mire, but it does not lie there; it gets out again.’”

Every part of a sheep is useful. Its meat, its wool, and its skin are offered up for the good of others. In a similar way, the whole life of a believer is useful. According to Watson, ‘They are still doing good, they are profitable to others by their knowledge, counsel, example, prayers, and good works. They are useful in their places.’”

“A sheep will ‘feed upon any pasture where you put it,’ Watson observes. ‘Put sheep upon the bare common—and they are content. They feed upon the little they pick up in the fallow ground, a perfect emblem of true saints who are the sheep of Christ. Let God put them into whatever pasture He will and they are content (Phil. 4:11). They have learned in every state therewith to be content.’”

To perpetuate the idea that sheep, and by extension Christians, are “dumb” will only encourage foolishness, Thorn concludes. Pastors are called to lead their congregations like a shepherd, but this also means recognizing the talents and value of each individual within the Church. When the body of Christ is united, and each member can use their gifts, the Church is capable of doing extraordinary things. By contrast, when pastors draw pride to themselves, the Church falls into stagnation and disrepair. Let us not forget the importance of sheep, or what they represent in the eyes of God.

What's the Best Way to Read and Study the Bible? - Joe Thorn from christianitydotcom2 on GodTube.

What about you? What are your thoughts on the imagery of sheep and shepherds within the church?