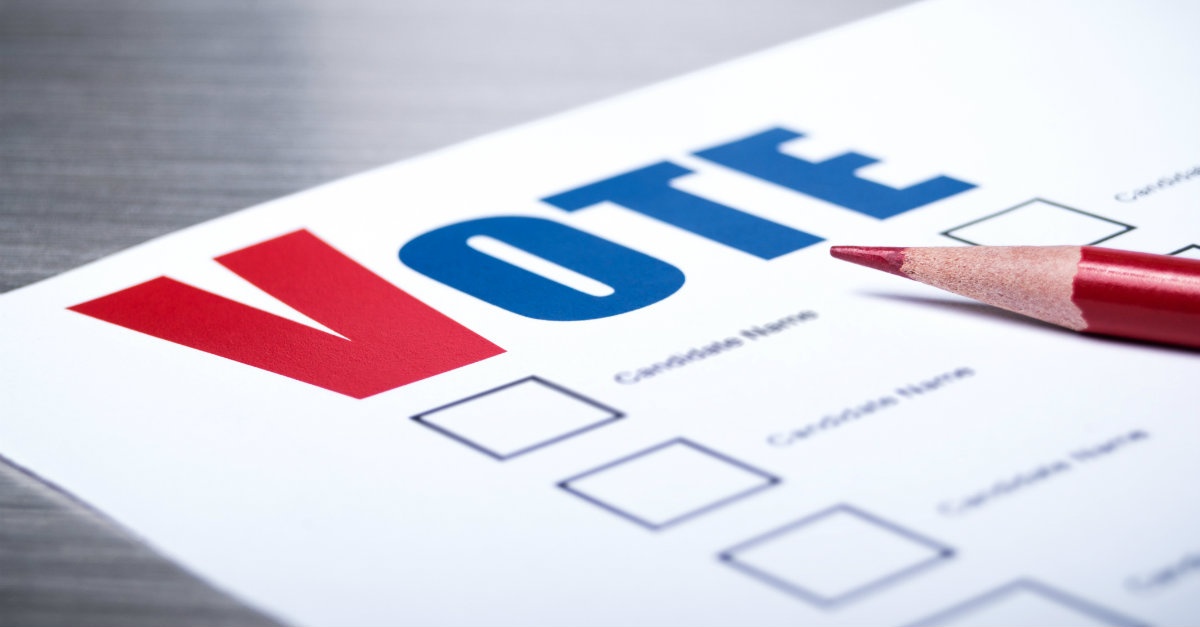 We all want a president who shares as many of our deeply-held beliefs as possible. Not surprisingly, most Christians would love to see a person of faith in the White House.
It’s easy to believe that if America had a president who upheld Christian principles, many of our problems would be solved. Just like many people during Jesus’ time on earth, we are tempted to believe that God’s Kingdom will be accomplished through human means. We forget that Jesus said “My Kingdom is not of this world” (John 18:36).
In his article “Does America Really Need a Christian President?” Jayson D. Bradley discusses why a Christian president should not be a focal point of our hope as Christians.
Bradley gives some history as to why so many people believe having a Christian president would solve many of America’s problems to begin with. America is a nation immersed in a Christian heritage. While much of that heritage today manifests itself as a kind of cultural Christianity, it is still a powerful driving force in politics.
As Rob Schwarzwalder of the Family Research Council notes, “But faith does have implications, real and compelling ones, for one’s beliefs about and conduct regarding the kind of government we should have and the kind of culture we should be.”
Politicians know how influential the evangelical or faith vote is, especially since the rise of the Moral Majority, founded by Jerry Falwell, Sr.
Bradley suggests this is why leaders--Christian and otherwise--go to such lengths to present political candidates as holding Christian faith and values.
One such example of this is when Christian leader James Dobson claimed that Donald Trump made a profession of faith in Christ. Dobson later admitted this was not confirmed, but it goes to show how many in America have come to view Christian faith as necessary for a good political leader.
Although this phenomenon is perhaps more obvious on the Republican side, many Democrats also recognize that faith is important to many voters. Democratic presidential nominee Hillary Clinton often talks about her Methodist faith and Clinton’s newly-chosen VP running mate Tim Kaine is a devoted Catholic.
Bradley warns that, although a Christian president who is also qualified to handle issues of foreign policy and the economy is not a bad thing, when we as Christians become too caught up in making sure to elect someone who shares our faith, we lose sight of whose kingdom we actually belong to.
In “10 Reasons You Should Vote with Your Faith,” Leith Anderson and Galen Carey go straight for the heart of the issue: “Our highest loyalty as Christians is as followers of Jesus. Our commitment to Jesus is ahead of our commitment to our country, our families, ourselves, and all others.”
Jesus is not building His Kingdom through America’s--or any other country’s--politics; He is building His Kingdom in our hearts.
“Jesus’ message was that the Kingdom of God had come and that borderless kingdom existed everywhere someone’s heart was submitted to him,” writes Bradley. “He wasn’t interested in improving on broken earthly governments. Instead, he was calling people to draw people to his kingdom, to build his church—and that was done through the contrast of the two kingdoms, not by his followers taking control of the kingdoms of man.”
So, as we ponder who to vote for this election cycle, as Christians we will hopefully consider the values of those we are voting for, but hopefully we will also remember that if a candidate who doesn’t hold Christian faith is elected, this is not a blow to God’s Kingdom. Let us be encouraged by remembering that God is not subservient to earthly kingdoms, but rather, He is building His Kingdom through His people and “the gates of hell shall not prevail against it” (Matthew 16:18).
Publication date: July 27, 2016
Veronica Neffinger is the editor of ChristianHeadlines.com