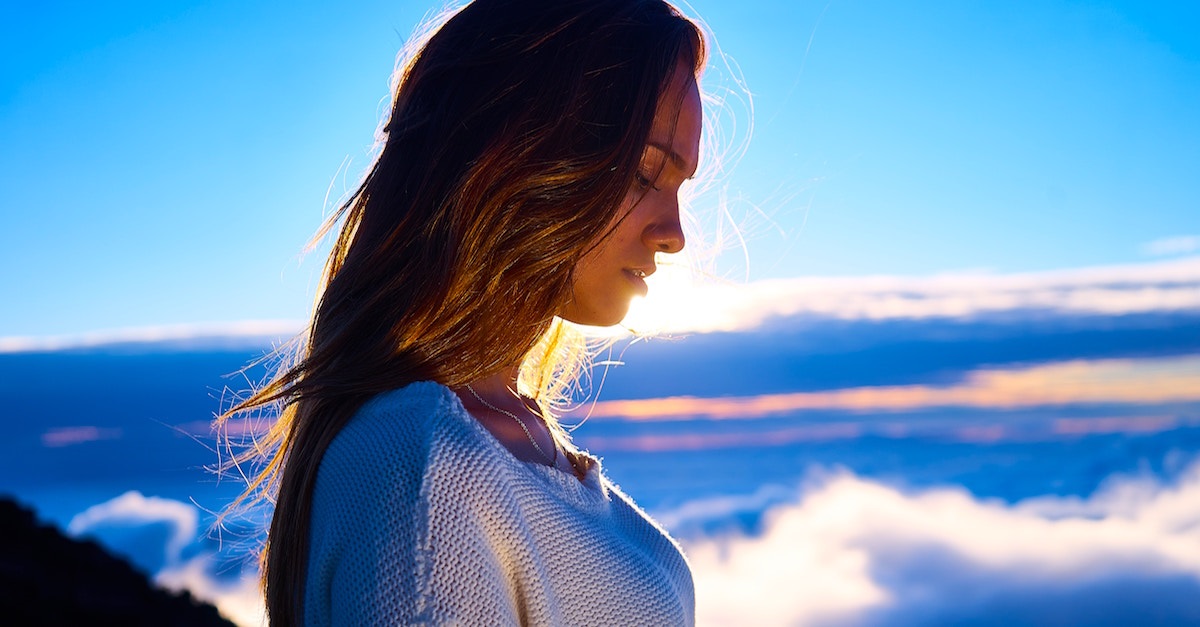 "A Baptist preacher named William Miller predicted that Jesus would return on October 22, 1844. Many of his followers quit their jobs and got rid of their possessions as the date neared. on October 22, they put on their white ascension robes, and many of them stood on their rooftops to be as near the descending Jesus as possible. But of course nothing happened."1

Though the image of Christians waiting on rooftops isn't completely applicable today, many believers are living out their own version of this 1844 incident. But rather than doing it with Jesus' return, we're doing it with heaven. And whether the motivator is anticipation or complacency…the result is the same: we’re waiting.

And that's all we're doing.

In her Relevant Magazine article, Christians Shouldn't Just Be Waiting for the Afterlife, Naomi Fata shares the story of her heaven-centric perspective. Though she knew that, as believers, we're called to "the assurance of things hoped for, [and] the conviction of things not seen," (Hebrews 11:1), some questions began to plague her:

"Is it that we wait for heaven to be free from the troubles of this world? Accepting everything that comes our way as part of our lot in life? Believing that we will not see the promises of God in this life? If that is the case, how then are we to embrace the faith of Hebrews 11 which encourages us to have faith even though we don’t see the result of it?"

Similar to Fata's testimony, somewhere along the way, many of us believers lost the big-picture perspective. We focus on the truth -- our hope in heaven, and the promise of the world to come -- but only part of the truth. We see the truth of heaven as disconnected from our time on earth; as a distinct chapter in the story God is writing.

And this kind of spiritual tunnel vision can be crippling.

God’s promises aren’t made real in perfection, when all the problems are solved and all the pieces are aligned. God’s promises begin now. That means His promises don't come to life in the conclusion; they begin in the ordinariness of the present, and in the drudgery of the process. Fata highlights a stunning fact that points to this:

"Jesus was convinced that He was the Son of God sent to save the world even during His childhood when He was living in an ordinary family."

That's why His family caught Him teaching in the temple courts. As a boy. Before His ministry even "officially" began.

If we model our faith (and our expectation of heaven) after Christ, that faith has to look more like living than waiting. "Faith is an act of obedience based on our hope," Fata writes. "If our hope related only to heaven, there would be no action required for this life."

The correct heaven-perspective will keep our eyes on God without losing our grounding here on Earth. It will keep our hearts set on the eternal and our hands active in the lives of those around us. Unlike the 1844 Christians who sold their possessions and quit their jobs to wait for Jesus, we can't abandon our work. Heaven will be our time to find ourselves -- to experience fulfillment, excitement, adventure, and joy. But Earth is our place to give ourselves, actively joining God in His redemptive work.

Anything short of this isn’t just lazy…it’s selfish. Christians who abandon their responsibility on Earth (no matter how well-meaning or passionate their desire to be with Christ) communicate one message with their lives: “Heaven is about me and whatever God wants to do on earth He’ll do Himself." And nothing could be further from the truth. Brothers and sisters, please remember this: the redemptive story doesn’t end with you. While you’re alive on Earth, it begins with you. As 1 Corinthians 3:9 points out, you are a co-worker with God Himself.

Though we look forward to being with God in eternity forever, to see our happiness in eternity as the big-picture is selling ourselves short of what God is doing. God’s redeeming story is just as much about you as it is about the rest of the world…but it’s about the whole world more than it is exclusively about you.

It’s that same die-to-self perspective that moved Jesus to die for us. Though He was arguably the first in God's affections -- and all eternity revolved around Him -- He acted like it didn't.

Like Christ, the thought of what’s waiting for you should be a motivator to live with greater determination. Greater love. Greater sacrifice. Greater boldness to join the Father in His redemptive work.

Don’t just wait for heaven, live for it.

Cristina Ford is editor of Crosswalk.com.