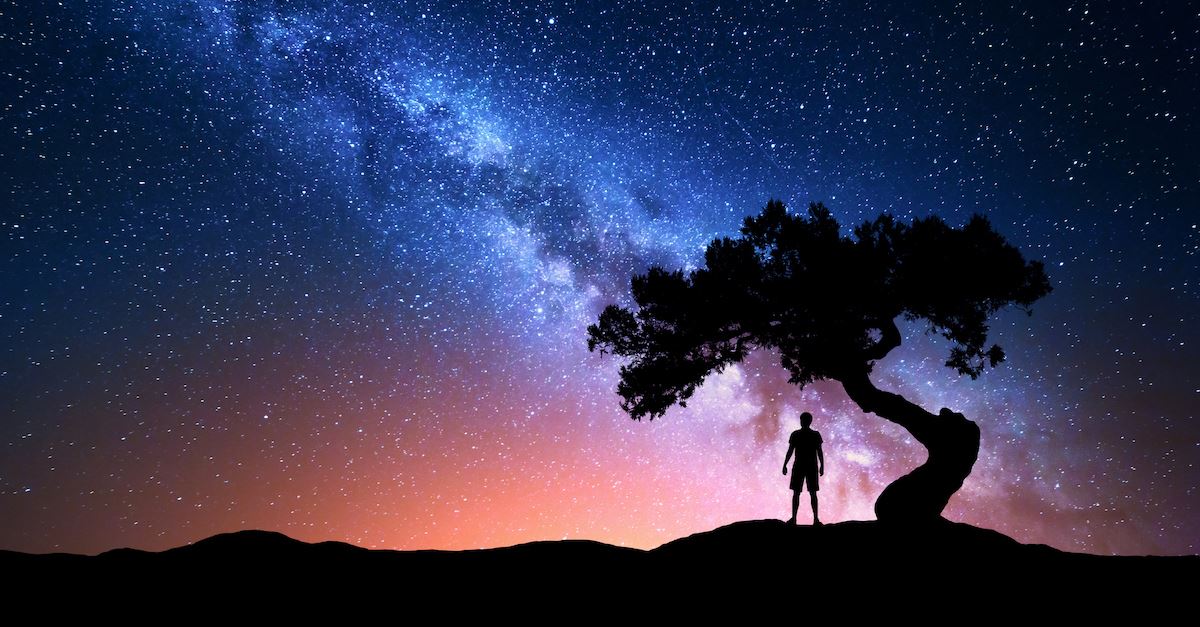 “Why should it be thought incredible by you that God should raise the dead?” (Acts 26:8).

If there is a God, and if this God is the omnipotent Creator of the universe, then a thousand questions are settled.

–If God is God, then raising the dead should be no big deal. After all, He made the universe of nothing and made humans from the dust of the earth, so anything after that should be a piece of cake.

–If this God exists, then the Person of Jesus Christ with all that Scripture affirms about Him is completely logical. Jesus said, “No one has been to Heaven except the One who came from there, even the Son of Man,” referring to Himself (John 3:13).

–If God is God, then a Virgin Birth is no more miraculous than any other birth, which is to say, every birth is a miracle of the highest order. Ask any new parent holding their treasure for the first time.

–If God is God, then the miracles Jesus worked during His earthly years were little more than child’s play. Turn water to wine, feed thousands with a child’s lunch, heal the blind, raise the dead. This is the God who spoke the worlds into being (Hebrews 11:3). What’s the problem?

The question, then, is not so much “Is Jesus Divine?” but “Is God God?” That is, is there intelligence in back of this universe and is that intelligence a Person who has revealed Himself to us through Holy Scripture?

Each person will have to wrestle with this for themselves. I cannot ease your mind on this issue any more than I can eat your food for you or think your thoughts for you. I’m fully occupied with my own thoughts and questions.

Doubts are a gift.

Our questions and doubts are given to just us and no one else. They are ours to wrestle with and hopefully come to some solid conclusion which will forever strengthen and fortify us for all that lies ahead.

Pity the person who fears doubt so much they will not face them, but keep pushing them into the dark recesses of the mind. This would not be unlike a homeowner perplexed by a swarm of termites in the front yard and rather than dealing with them, he shovels them under the house. Do that enough times and eventually the house collapses.

We have to face our doubts. Do this wisely and the outcome will be great.

Each of us has to become our own philosopher, so to speak. To think these huge questions:  Who are we? What are we doing here on this small planet spinning around the sun which is itself pin-balling across the heavens? Is humanity the apex of the universe so far? (What a depressing thought!)

The choices are the same they’ve always been: believe or despair.

To believe the universe is a cosmic accident and that humanity is the greatest happenstance ever but nothing more than that is to accept that none of this has a purpose greater than to exist for its few years or even eons and then wink out into that dark night of foreverness. And that is the very definition of despair.

I choose to believe.

Everyone has to make that choice. We get to choose; we have to choose.

After the brilliant scientist Carl Sagan died, his wife was asked about his well-known and much discussed atheism. The couple had Christian friends some of whom witnessed to Sagan and discussed/argued/reasoned with him on these matters. To the end of his life, it was said, he refused the option of belief. Mrs. Sagan was asked, “Didn’t he want to believe?” She answered, “No. He wanted to know!”

To know is far superior to believing.

Sight is far better than faith.

But sometimes, faith is all you have.

And that needs a word of explanation.

We’re not referring to blind faith which means to accept something as fact although no evidence exists to support it. Many religions have done just that. And the hostile agnostic or shallow atheist will say this is exactly what Christians have done in Jesus. But they could not be more wrong.

The evidence for Jesus Christ is overwhelming. But that does not mean we have all questions answered. To have no further questions, to need no additional evidence, would mean we walk by sight and not by faith. (See 2 Corinthians 5:7 and Hebrews 11:6).

We all die. The best people who ever walked this earth have either died or are going to. My parents, two of my brothers, my wife of 52 years, friends galore–they have all left this life. I miss them daily. In less than two months, I will celebrate birthday number 79 and thus enter my eightieth year on this earth. Those are huge numbers, the stratosphere of this life. I’ve outlived most of my high school classmates already.

I think about death. I lie awake at night and wonder. And I suppose I have the same low-level dread of the unknown as anyone else. Everything depends on the outcome of life. The moment after death, what happens then? Are my loved ones in a celestial paradise somewhere, are they resting in a God-provided holding area somewhere, or have they ceased to exist?

The answer is: God.

If there is God, then it’s all good.

Why do I believe in God? A thousand reasons, but here are several of the most important…

–He has spoken to me, always clearly and convincingly, always surprisingly and exactly right.

–When I believe in Him all is well and my soul is at peace; and when I do not believe, the burden of guilt/fear/dread/everything is unbearable.

–Most importantly, I believe in God because of Jesus. He revealed God the Father to us. I love where Jesus says, “Father, no one knows who I am except You. And no one knows You except me and they to whom I reveal You” (that’s Matthew 11:27-28 and Luke 10:22).

Not to believe in the God of the universe and his Son the Lord Jesus Christ–and all that is involved with that!–would be to choose despair. And I reject despair.

When the crowds were abandoning our Lord because they could not handle His teaching, Jesus said to the disciples, “Will you go away also?” Simon Peter, gifted for opening foot inserting mouth, got one right this time. “Lord,” he said, “To whom shall we go? You have the words of life.” (John 6)

He and He alone.

“There is no other name under heaven given among men whereby we must be saved” (Acts 4:12).

Are you saved? If not, why not. After all…

“Whosoever shall call on the name of the Lord shall be saved” (Romans 10:13).