Do You Struggle with Being Fake?

Do You Struggle with Being Fake? 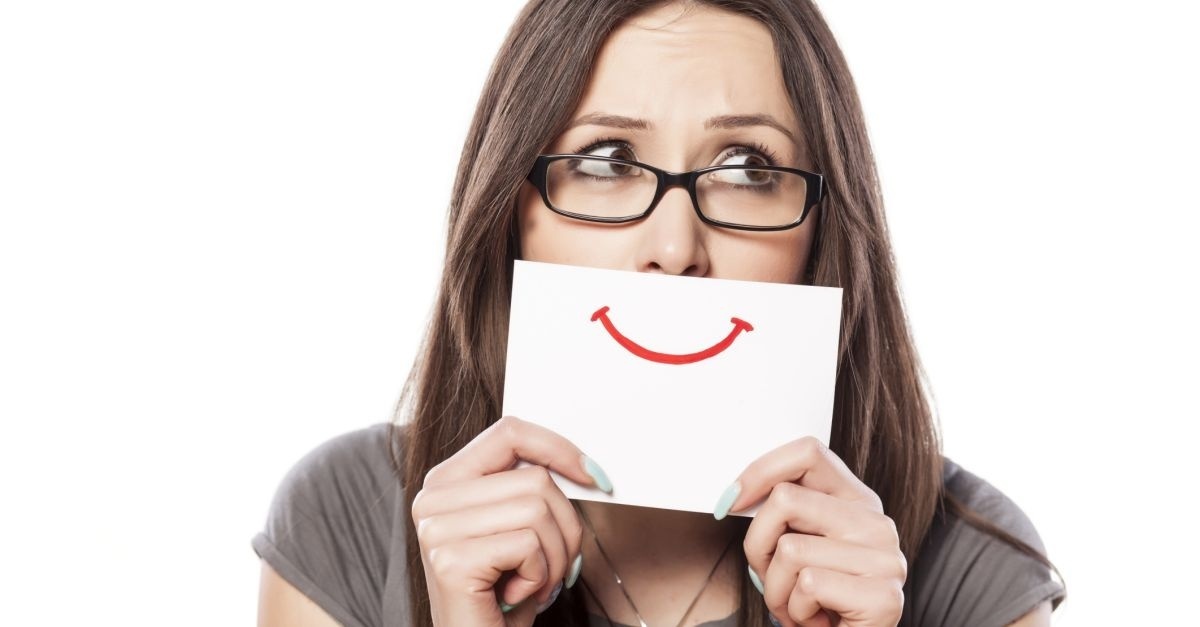 Whether we admit it or not, we all want the approval of others. It is part of the consequences of sin that we so often strive to be people-pleasers rather than God-pleasers.

Because of this, we often put on a fake persona in order to be accepted, respected, or admired by the people we think matter.

As Christians, we likely realize this attitude is wrong and counter-Christian, yet it is such an easy temptation to slip into time and time again.

From the earliest age, we tend to put on a facade whenever we are around someone whom we want to impress.

In his new book Faker, Nicholas McDonald addresses this tendency we all have to fake that we have it all together. McDonald says that Christ came to justify fakers, to make it possible for us to be real, open, and genuine.

In a review of McDonald’s book, Mathew B. Sims shares a story about his daughter, Claire.

Sims said his family was hosting a birthday party for Claire and one of her friends asked to watch a show which the Sims family had thought it best not to have Claire watch. They had talked to her about the reasons for their decision, and yet, Sims relates, he heard Claire lean over to her friend and say, “I’ve watched that one before, but we’re gonna watch a movie.”

Even a young girl felt the need to impress her friend by being fake.

Sims commends McDonald’s book for dealing with an issue that we all struggle with, perhaps no group more so than young people. Sims says McDonald addresses the issue of being a faker with humor, insight, and in a way that a young person can understand.

The issue of being a faker is an age-old one. That is why McDonald centers his book around the story of the Pharisee and the tax collector in Luke 18:9-14. The Pharisee prays to God in a self-righteous way, more for the ears of other people than for the ears of God. But the tax collector--who realizes his brokenness and that God is the one to please--says, “God, have mercy on me, a sinner.”

The Bible says the tax collector went away justified, rather than the Pharisee.

And yet, we often still try to be the Pharisee.

In “How to Stop Being a Fake Christian,” Crosswalk.com contributor Kelly Balarie says, “I come on this blog and talk the talk, but then at home, I drop the ball. I raise my hands to pray, only to turn and go the opposite way. I say in Jesus' name, and seconds later, wonder if my name still counts in his book. I love other people, until it gets inconvenient. These actions make me feel like an inadequate daughter, a lazy child and a no-good-worthy christian. They make me wonder if Jesus could really love a girl like this? A girl who is so often just a Christian poser.”

Many of us may feel the same. Our tendency to fake it can so easily carry over into our Christian life as well. This is the age-old struggle Paul talks about in Romans 7:15: “For I do not understand my own actions. For I do not do what I want, but I do the very thing I hate.”

And yet, as McDonald says, Jesus came to justify fakers. Being fake with someone is just another form of pride--the sin that so many theologians have said is at the heart of all other sins. Jesus died for all of our vain efforts to impress and put on a fake persona.

“When we trade our story for God’s story,” McDonald writes, “we also trade in our work for his work. We trade in our goodness for his goodness.”

Thank goodness we don’t need to fake it, because we have a God who frees us from the exhausting need to strive and has said it is not about what we do, but about what His Son did on our behalf.

Do you struggle with being fake? How can Jesus’ work on the cross free you to be genuine and honest with yourself and others?

Crosswalk.com: How can I walk like Jesus walked? - Ron Gannett from crosswalkquestions on GodTube.

study English in college, focusing on 18th century literature. When she is not listening to baseball games, enjoying the outdoors, or reading, she can be found mostly in Richmond, VA writing primarily about nature, nostalgia, faith, family, and Jane Austen.
NEXT POST
Is Criticizing My Pastor a Sin?
Read More Trending
Is Criticizing My Pastor a Sin? Tuesday, November 3, 2015