Love Your Neighbors... Even When They're 'Better' Than You

Love Your Neighbors... Even When They're 'Better' Than You 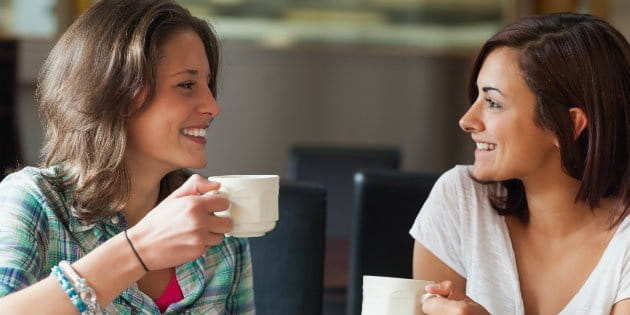 Christians may be tempted to see themselves on a moral high ground with their secular friends in the valley below … but the truth is we’re all in the valley. The thing that separates Christians from non-Christians is not behavior or morals it’s grace. It’s grace that you understand the gospel, grace that you have salvation, and grace that you are convicted when your behavior is not Christ-like. Though you may have some acquaintances or friends whose behavior is questionable or dangerous, chances are you also have several non-Christian friends and neighbors who are genuine and kind, good parents, and they may even share many of the same values and morals as you.

Jen Pollock Michel, author and blogger, has written an article for The Gospel Coalition titled The Myth of Moral Superiority: When You’re No ‘Better’ than Your Agnostic Friend. When comparing yourself to your non-Christian friend, she implores us to remember:

“‘None is righteous,’ the apostle Paul writes in Romans 3:10. Even the most morally upright person, Christian or non-Christian, falls short of God’s glory.

…The gospel doesn’t make me better. But it does make me eager to admit my debts and deficits, grateful to receive God’s good gifts from whomever’s hand they come.”

Michel gives an example from her church service in which the pastor humorously states, “It is the practice of Christians throughout the centuries to publicly and privately confess their sins to God—which might seem strange, considering that we are better than everyone else.”

Confession is a way to give ourselves a reality check. Confession reminds us that we’re not called to out-do others with our morals, but instead we’re called to follow Jesus humbly and share the news of His grace with others.

“We don’t have to be better than our non-Christian neighbors and family, friends and colleagues. We just have to be the forgiven and the faithful, willing to proclaim the gospel even to the “good” people who earnestly strive to follow their moral code.”

Michel continues, “To be a Christian is to relinquish self-will and moral self-confidence.”  For it’s “amazing grace that saves the wretch—as well as the respectable.”

Crosswalk Contributor Kathy Howard shares this in her article Should Christians be the Morality Police?:

“Sometimes Christians get so distracted by cultural skirmishes we lose sight of our prime directive. A quick reminder of God’s purpose for Christians in the world will help us better determine how we should respond to our culture’s changing values:

· We are Christ’s ambassadors, imploring the world to be reconciled to God (2 Corinthians 5:18-20).”

She advises, “Let us be seen as for Christ, not as against the world.”

You can also read her 5 guidelines for Christians who disagree with the culture here!

iBelieve.com: How can I be more spiritually mature? - Hannah Anderson from ibelievedotcom on GodTube.