The D-Word: Coming Soon to Your Local College Campus

The D-Word: Coming Soon to Your Local College Campus 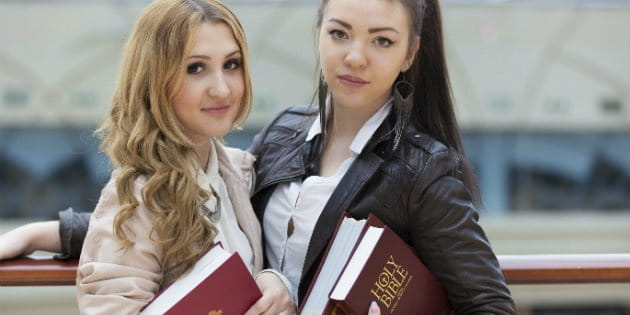 Great changes are taking place in the halls of college education, and it’s uncertain if they are for the better. In a recent article for World Magazine, writer Josh Good examined how numerous Christian clubs are being derecognized by the state’s public university system for their instance on adhering to traditional, Biblical guidelines. These actions have been centered on one ideal: diversity. Diversity helps bring about new ideas, broaden horizons, and build understanding between students. But does the virtue of diversity trump all others?

As Good explains in his report, it is not only Christians who are affected by this ruling, but any student-led organization that’s now perceived as discriminatory. He writes,

“In principle, the debate should affect far more than Christians, since a Students for a Democratic Society chapter must now be open to electing a Republican student as its leader, or a Women’s Engineering Association must allow a male student to stand for its presidency. As a recent Atlantic piece recounts, the only exception on California public campuses is gender-based discrimination for dorm life (although in a stunning display of equality, Wesleyan University has just abolished even this principled exception, requiring all its fraternities to be open to women).”

“All this begs a deeper question: Where do legitimate limits of ‘sameness’ end? In campus life—or public life, for that matter—what makes for healthy diversity? If universities are one of our foremost training grounds for citizenship, and if their purpose is not only to prepare students to earn a living but also to live well amidst a diverse democracy, how should we view a mandate toward a more sanitized, monolithic brand of student club leadership?”

While the new policies aim to create an inclusive environment for people from all walks of life, they have usually been enacted for the benefit of LGBT students. It’s here the issue becomes most murky, since gay and lesbians students have a history of being ostracized by conservative Christian academics. While the majority of Christians fervently maintain their stance on homosexuality as part of their religious freedom, others are unsure of where to draw the line between discrimination and their personal beliefs. Perhaps the best example of this is Gordon College, which is currently under review after its president penned an open letter asking President Obama to give the school religious exemption.  Russ Jones write on Christian Headlines,

“The New England Association of Schools and Colleges’ Commission on Institutions of Higher Education will review whether Gordon College is violating standards of the accrediting agency reports the Boston Globe. Gordon College president D. Michael Lindsay was among 14 religious leaders who signed onto a letter sent to the Obama administration July 1 seeking an exemption from employment discrimination regulations based on sexual orientation or gender identity. According to the College Fix, Lindsay wrote a personal message to students, faculty and supporters of the school explaining his position on the exemption.”

For the moment, the debate between diversity and religious beliefs is still ongoing. For Christians, this means an opportunity to learn about current school policies, and form their own opinions.

What about you? What are your thoughts on the changes taking place in student education?